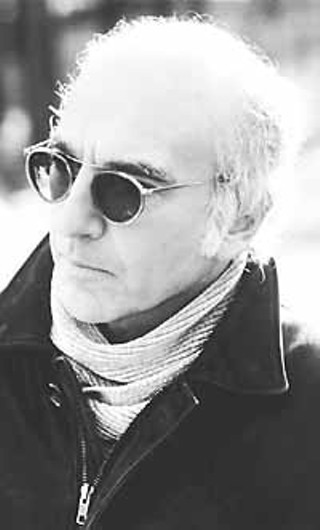 Larry David's HBO special: worth the price of cable

It was bound to happen sooner or later, but now it's time to confess. I just didn't feel like watching television this week. Oh, I tuned in to a couple of favorites, and caught some of the new shows (Once and Again and Work With Me), just to see what all the hubbub was about. But I wanted to do something else. I wanted to read a book on the couch and fall asleep with it on my chest. I wanted to go see a movie in the middle of the day. I wanted to go see a play, eat at a new restaurant, sip cosmopolitans (like those Sex and the City gals), bake a batch of cookies. When this columnist gets moody, anxious, or just plain procrastinates, the best medicine is to troll the bookstore. So that I did, followed by a cruise along the Internet to investigate a new discovery I made: the novelization of TV programming.

The tie-in book is not a new concept. There are plenty of books for fans of this blockbuster movie or that TV series. For TV shows, many of these books are scrapbook-like episode guides or behind-the-scenes, "a day on the set of --" books that appeal to the ultimate fan. Nearly every hot television program has a guide to its stars and the creative team behind it. Seinfeld, Ally McBeal, Walker: Texas Ranger, Dawson's Creek, Star Trek, The X-Files, Buffy the Vampire Slayer, Xena: Warrior Princess, (Buffy, Xena, and X-Files each have several official and unofficial guides), and 7th Heaven and are just a few of the television shows that have tie-in books. Given the popularity of new shows like Roswell, Popular, Angel, and Freaks and Geeks, it's only a matter of time before the bookshelves are flooded with another wave of tie-in tomes.

Parents will not find this genre new. Full House, for example, has books based on the series, designed for different age groups (presumably to match the ages of the characters). For younger audiences, short books featuring Nickelodeon's Kenan & Kel or The Rugrats as the main characters are available.

What is new is the novelization of adult fare like Homicide: Life on the Street, which begat Jerome Preisler's Homicide: The Novel, Homicide: White Butterflies, and Homicide: Violent Delights. Other adult titles include: JAG: The Novel by Robert Tine, The Spirit of Liberty Moon (Touched by an Angel) by Davin Seay and Martha Williamson, and Walker, Texas Ranger: The Novel by James Reasoner. All titles, with the exception of the Homicide books, were released this year.

Some of the more popular books in this TV-to-book genre are those which feature young adult characters from popular TV series. Books like Felicity: Summer Vacation released this September, and Immortal: A Buffy the Vampire Slayer Novel, released this month, are but two of the novelizations that fetch a devoted and very opinionated audience.

Like the TV series, different writers may pen one or more episodes, and hard-core viewers are sure to look for their favorite scriptwriters. The same is true of these novelizations. In a recent scan of Amazon.com's reader reviews of Immortal, readers from Minneapolis to Australia to Mississippi gushed at the new release, calling Christopher Golden and Nancy Holder, co-authors of Immortal and other Buffy novelizations, the best of the lot. The new Felicity book didn't fare as well, with reviewers bantering back and forth about the choice of presenting an opposing storyline to what "really" happened on the show and a writer's inability to capture Felicity's voice or the voice of the other characters.

Fine literature? Probably not. Escapist, genre fiction? Sure. Will the presence of the book extinguish the popularity of the television series or vice versa? Not likely. The good news for parents and educators is that young people are willing to read and critique form, structure, character, and voice using the least likely resource: the TV series. As for myself, I'm happy to leave Buffy or Angel or Xena back home on the tube, while I curl up with a non-TV-related book on the porch or the beach.Larry David, Funny Man The word in the mainstream media world is that the network sitcom is a dying animal. Thankfully, there's hope in cable land, namely, HBO, which premiered one of the most hilarious, sharp-witted comedy specials to date, Larry David: Curb Your Enthusiasm. Seinfeld fans will recognize David as one of the co-creators of the long-running sitcom and the model for George Costanza, played by Jason Alexander. What viewers may not know is that David did stand-up comedy before helping launch Seinfeld. It is David's return to stand-up comedy (in an HBO special, no less) that is the springboard for the hour-long comedy.

Set up as a special about making a comedy special, the show playfully blurs the line between fact and fiction, harkening to the "mockumentary" films This Is Spinal Tap and Waiting for Guffman.

"Testimonials" by Alexander, Carol Leifer, Richard Lewis, and Jerry Seinfeld help fill in the blanks for viewers new to David's work, and a supporting cast of fellow comedians Jeff Garlin, Caroline Rhea, Allan Havey, Mike Reynolds, and Suzy Soro top off David's memorable return to performing in front of the camera. My only gripe with the show was that I was left wondering: Could this be the launch of a comedy series on HBO? One can dream.