An Interview With Screenwriter Joseph Stefano 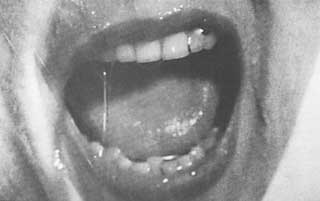 Thirty-nine years ago, screenwriter Joseph Stefano was tapped by Alfred Hitchcock to adapt Robert Bloch's psychological horror novel Psycho for the big screen. That film forever altered the rules of filmmaking and has since become arguably the most famous, and certainly the most influential, thriller ever made. Stefano, now in his 70s, continues to write and produce for the screen (notably serving as executive producer on the current updating of his classic television show, The Outer Limits), including retooling his original script for Gus Van Sant's recent remake of Hitch's classic. In town for the Austin Heart of Film Screenwriters Conference and Film Festival, Stefano spoke with me about the two Psychos, violence in film, and Hollywood's changing positions on screenwriting.

Austin Chronicle: First and foremost, Psycho. How did you go about adapting it from Robert Bloch's novel?

Joseph Stefano: When I first met with Hitchcock I pitched that whole opening sequence of the movie, the first 25 minutes or so. My idea was to base the film around the character of Marion Crane -- you like her, you want her to get away from the highway patrol, you want her to steal the money, and then take it back, and then she's murdered, and it's this terrible shock. The notion of murdering the star of the movie, the most famous name in it, was unheard of in those days, so I think that alone upset the audience. No one could believe that. I felt it was the only way to do it. And Hitchcock agreed with me. It was his idea to get a star to play this doomed character. So it worked.

AC: It's one of the most famous scenes in film history, but how did you go about writing the shower sequence? Did you indicate the cuts at all or was it simply "Marion is murdered by Norman?"

JS: The whole thing was that Hitch wanted me to write something deceptive. There was a lot of script thievery in those days, too, and he didn't want anyone to know how it was going to be shot. We were having meetings, and I wrote it kind of loose. In the book it says that the knife cuts her head off, and I said, well, we absolutely cannot cut this woman's head off. So in the script it doesn't look like what you see on the screen. Historically, what we planned and what we shot were two different things. That was the only time that Hitch wanted me to do something in the script that we knew was going to be different from what we were going to shoot. Another interesting thing is that he asked for no rewrites. Not one. He felt that whoever wrote the movies was the writer, and that was their job.

AC: Was that sort of treatment unusual for you as a screenwriter?

JS: I almost always felt that the people that I worked with wanted me involved and wanted me down on the set. I've always been involved, and very often as producer or executive producer. My last movie, Two Bits with Al Pacino, I was on the set every day, and I feel that somehow protects my movie more than if I directed it. The day comes when the director has his cut, and he gives it to you and that's it. Then the other guys are in charge. The director may get upset about that, but even if he's a big star like Kevin Costner, there really isn't much he can do.

AC: What kind of changes have you noticed, as a screenwriter, between when you were working in the Sixties and now? How has the writer's job changed in your perspective?

JS: I had a session with a director on a recent film, and we were at my house talking. Everything went wonderfully, and then, as he was leaving, he said, "Thank you so much for inviting me to your house, I'll invite you to my set." And I said, oh, really? You're going to invite me to your set? You know? But that's where the mindset is now -- they don't want the writer around because it threatens the director. They're the most insecure people of anybody in the business. I've never met a writer as insecure as a director. They're terrified of other people on the set noticing that they're having conferences with the writer because that means the director isn't sure of where they're going. So they go back to the source, the writer, to find out.

AC: What does Joseph Stefano think about the recent hue and cry about violence in films and whether or not filmmakers and writers should perhaps self-censor themselves a bit?

JS: I think writers and directors have a responsibility to not have people smoke. To not have people drink. In the movies, every house has a bar, and where in life does every house have a bar? Nowhere. As far as violence, I grew up watching movies in the 1930s and 1940s, and they didn't know how to stop the violence in those movies. It was graphic and beautiful, or so-implied, you know? There's that wonderful scene in Val Lewton's The Leopard Man where the woman won't open her door even though her little girl is screaming on the other side. She won't open it because the leopard man is out there. And then the little girl finally stops screaming, and the camera pans down and her blood is leaking under the door. Well, you know, that was up to me to imagine how bad the leopard man might be, as opposed to being left up to the cameraman. I guess I kind of loved violence. I love being shocked. I love when Barbara Stanwyck and Fred MacMurray in Double Jeopardy have the gun between them and you know one of them is going to get it, but you don't know which one. It never occurred to me to go out and kill anybody after watching violent movies.

AC: Let's talk about Gus Van Sant's version of Psycho, which you also wrote. What did you think of this idea and then the final result?

JS: I thought the idea was very interesting. We met for lunch to talk about the project, and I told him, look, this was an old time in my life, and this is an old script, so why not update it, and not just change the money from $40,000 to $400,000, but to really do some new stuff with it. And he said he wanted to do the same movie, not to touch a hair on its head. But, you know, it is a different film. Anne Heche comes in, plays an entirely different character, but says the same words. When I saw the first day's dailies I thought, well, this won't work. The dialogue and the character sounded like two different people to me. I thought you had to do it for now, for this time, otherwise why bother? Today's sensibility is different. I'm not where I was in 1960, that's not how I look at the world today, and Gus just didn't want to change it. His dream, or his obsession, was to re-create this movie shot-by-shot, line-by-line. And I thought, what is this really going to look like? Is it going to be like an old house that we've painted but didn't do any restructuring? So the roof's still leaking? I was very disappointed, because I wanted to do this movie with Gus Van Sant. I'd already done it with Alfred Hitchcock, so why do that again? And I said so. I said, "I would love to see Gus Van Sant direct this film." But he wouldn't do it. And it wasn't just Gus, it was also the people at Imagine who caught this, this fever, of "let's do it just the way it was." Didn't work. It was his dream, he told me, but it just didn't work.