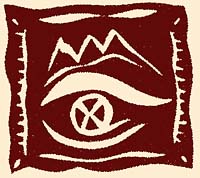 Begun in 1995, the Taos Talking Picture Festival has grown in its five years of existence from a small regional film festival to one of international repute. It was held this year from April 15-18.

The unique natural beauty of Taos and the surrounding northern New Mexico area and the vibrant creative community that is home to three distinct ethnic cultures adds to this festival's easy allure. In a world overrun by an explosion of new film festivals, TTP has managed to establish and maintain a unique identity. Its stated mission is "to encourage the thoughtful production and informed consumption of moving images and to celebrate cinema, its audience, and its artists." And though TTP has its share of glitz and star attractions, the festival has stayed remarkably true to its regional identity and social conscience. Films are programmed that address the economic disparities of this area in which great wealth and poverty exist side by side, leaving little elbow room for a comfortable middle class. Also addressed is the area's cultural diversity. Films by Southwestern artists and films that speak to specific Native American and Latino concerns are presented along with some of the best new American and international independent productions.

A TTP highlight was its "Salute to The Simpsons." Two episodes of the animated TV show were presented and were followed by a discussion with Harry Shearer, the voice of the show's Mr. Burns, Smithers, Ned Flanders, and Kent Brockman (as well a memorable actor in such films as This Is Spinal Tap and The Truman Show). Shearer provided intriguing first-hand commentary on the work involved in producing the show and thoughtful remarks regarding the Fox network's success in the field of animation.

Lourdes Portillo was the recipient of the 1999 Cineaste Award, a tribute that honors a filmmaker whose work furthers understanding between cultures. Portillo, who was born in Mexico and raised in the States, has been making outstanding documentaries for the past 20 years. Some of her titles include Las Madres: The Mothers of the Plaza de Mayo, a film that played a large role in popularizing the cause of the "disappeared" victims of the Argentine military regime (and was nominated for an Oscar in 1986), La Ofrenda: Days of the Dead, Columbus on Trial, and The Devil Never Sleeps. In Taos, Portillo presented her latest documentary, Corpus, which investigates the life and violent death of Tejana pop star Selena. During the provocative documentary, interviews are conducted with various family members, visitors to her gravesite, young girls emulating the star's sexy moves, and the owners of her favorite eatery in Corpus Christi. Critics such as Sandra Cisneros decry Selena's cultural legacy as a sexy high school drop-out who died young. All in all, the movie presents a fascinatingly well-rounded tribute and analysis of the pride Selena brought to her people and the patriarchal attitudes and fan psychology that contributed to her downfall.

Many other awards were conferred during the festival. Scottish director Bill Forsyth (Local Hero, Gregory's Girl, Housekeeping) was the recipient of the Storyteller Award, an award given previously to such filmmakers as Jim Jarmusch, Philip Kaufman, and Paul Schrader.

Dennis Hopper was the recipient of the Maverick Award. Hopper, who was unavoidably detained on location, sent a perfectly reasonable stand-in, Dean Stockwell. Stockwell jokingly pointed out that the only difference between Hopper and himself was that Hopper was working and he was not. The audience was less amicably inclined, however, toward The Last Movie, Hopper's pick to accompany the screening of Easy Rider. This indulgent and incoherent 1971 film stars Hopper as a stuntman working on a film directed by Sam Fuller in Peru and depicts the evil effects the importation of American culture has on the indigenous population. That's a generous description. I still stand by what I said in CinemaTexas Program Notes 22 years ago: Most of the time when films go south of the border to shoot it's because of reduced production costs; in the case of The Last Movie it was because of the cheaper drug costs. The only thing I would add after this second viewing is that the drug costs seem to be the film's only financial outlay. It was fun seeing how long TTP viewers lasted before fleeing the auditorium. The ones who remained were the ones too polite to leave.

The festival's most unusual aspect is the presentation of its prestigious Land Grant Award. The director of the film deemed the best new film of the festival is awarded five acres of undeveloped land on the Taos Mesa, with the idea being that, eventually, the area will grow into a filmmakers' colony. This year's winner was David Riker, the director of La Ciudad, the same movie about Latin American immigrants living in New York that in March won both the SXSW and Santa Barbara Film Festivals. (1998's Land Grant recipient was Chris Eyre, the director of Smoke Signals.) This year's other finalists were Nanette Burstein and Brett Morgen for On the Ropes, a documentary about youth boxing programs in Brooklyn; Chuck Workman for The Source, a history of the Beat movement; and Richard Shepard for Oxygen, a dark but well-crafted thriller starring Adrien Brody and Maura Tierney.

I was glad to see two of my favorite short films from last month's SXSW Film Festival continuing to find new and appreciative audiences at TTP. "Enjoy," by Gordon Winiemko and Julie Wyman, is a smart and very funny take on our obsessive relationship with the signs of our culture -- in this case the Coca-Cola sign. Blending linguistic theory and advertising strategies, goofy dramatics and satire, "Enjoy" gives consumerism a crafty run for its money. "Peep Show" by Charlie Call cleverly turns our expectations upside down when it shows us a possible scenario for what it is that women really want. My personal highlight was the screening of Traps, a new movie by Czech director Vera Chytilová. The only other film I've seen by this writer-director is her anarchic 1966 film Daisies. Traps shows that Chytilová hasn't lost any of her anarchic, feminist edge. This rape-revenge movie vacillates evenly between comedy and tragedy and is guaranteed to provoke more than a few castration anxieties and hearty laughs.

The limited number of venues available to the Taos Talking Picture Festival may prevent it fromfrom growing much bigger. This is a good thing for those growing weary of the escalating scale of the film festival circuit. In Taos there is one festival that caters to its natural audience and, moreover, uses its natural assets as philosophical raison d'être.

For more info on the Taos Talking Picture Festival see http://www.taosnet.com/ttpix. Thanks to Southwest Airlines for travel arrangements.