Tweet
print
write a letter
Imagine, for a moment, what it's like to be a musician (musicians, bear with me). You've written some music you think is good -- or at least good enough to get a shot at a record contract. Maybe you've recorded a demo CD and you're playing out at venues all the time hoping to get noticed, giving away your music so more people will come and see you, maybe even someone important like, say, an A&R rep from Atlantic. It's all good. All except that you're running out of CDs and money and still no one's heard your music, especially not Atlantic Records. What is a struggling, unknown band to do?

Motion Picture Experts Group-1 audio layer 3 is what. It's new. It's digital. It's on the Net.

Better known as MP3, this musical revolution is the biggest Internet craze since Pamela Anderson and Tommy Lee misplaced their home movies. So crazy, in fact, that the Internet tracking service SearchTerms reports more people searching for MP3 in the past two months than any subject other than sex. And while downloading music off the Net is not new, the technology behind MP3 -- a compression program that stores songs in access-friendly and moveable files -- is making posting new music and collecting old favorites as easy as a left mouse click. What's more (and what now has the nervous music industry in an uproar) is that unlike pirated cassete tapes that worsen with every dub, MP3s retain the same CD quality sound no matter how many times they're downloaded. As it stands, MP3 is looking to change not only the way we listen to music but also the way we buy and sell music.

Like many successful and alternative initiatives that challenge the establishment, MP3 is generating plenty of controversy. The Record Industry Association of America (RIAA) is up in arms, crying foul on copyright infringement. They, along with industry giants Universal Music, Sony Music, EMI Recorded Music, BMG Entertainment, and Warner Music Group, have teamed with IBM to form the Secure Digital Music Initiative (SDMI), a countermeasure for what they see as an attack on private intellectual property. After all, with MP3 anyone can go to sites like mp3.com or Rykodisc.com, download a song by Frank Zappa for $0.99, and post it on their personal Web site for free without having to pay royalties. While recording a copyrighted song without paying for it is piracy, the industry has no way to track how often this happens over the Internet. Which is why they're planning to implement SDMI, which programs digital watermarks into songs posted on the Internet to limit the amount of time a CD can be downloaded or traded electronically. However, according to others, notably Chuck D from Public Enemy, MP3 is simply taking the power away from the moguls and giving it back to the musician and the listeners. "It's the chicken coming home to roost, the leveling of the playing field, the little man getting his chance," he said in Wired's March issue. As usual, Chuck D is onto something.

Nevertheless, some of the implications of MP3 are troublesome. Sure, the technology makes it easier for unknown bands to attract more listeners by willingly giving away music on the Net, but what about those already-established musicians? The new digital format poses a threat to artists whose music is being given away unwillingly, and who aren't getting paid copyright royalties for their work. According to the Digital Millennium Copyright Act, signed into law in 1995, artists now have "intellectual property rights" on all digitally transmitted works, giving musicians the right by law to collect money from Internet distributions and recordings. But with hundreds of thousands of people hitting these sites every day, it's not that easy. Unfortunately, until the Recording Industry Association of America and its members can implement the SDMI this spring, they are being forced to send "cease and desist" letters to anyone whom they discover posting illegal MP3s. Consequently, sites like http://www.mp3.com (which has no affiliation with the technology manufacturers) have stopped posting links to pirate sites while lesser-known sites are shutting down completely out of a respect for musicians' rights.

To be fair, not all Web sites that offer MP3 songs for public downloading are trying to skate around the copyright laws. After all, the digital transmission of music is entirely legal as long as the sites that present them are collecting copyright royalties for the creators. Net sites like Rykodisc and MP3.com can offer singles for $0.99 and whole albums for a mere $8.99 because they don't have to pay for packaging and distribution. Some, like the label GoodNoise.com, are even beginning to sign bands to Internet-only MP3 contracts, creating visions of an entirely virtual industry. Even barring copyright infringement, it's easy to see why many are skeptical, even hostile, toward MP3 technology.

At the same time, slower modems, dinky PC speakers, and cheap sound cards make getting quick CD-quality sounds from an MP3 file a little further down the road, giving the RIAA and its members time to play catchup. And they better run fast, because better technology is already in the works. Portable MP3 players -- basically computer-smart Walkmans that carry MP3 files on a computer chip and plug straight into your hard drive -- are already on the market. Manufacturers are developing systems for your car and a new file program called MP4 is already offering a way you can e-mail tracks to your friends. Along with faster modems and larger hard drives, it looks as though MP3 plans to stick around for a while. Easy listening, folks: It rocks. 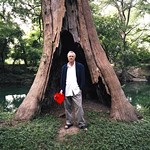 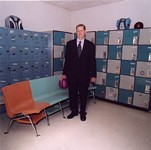