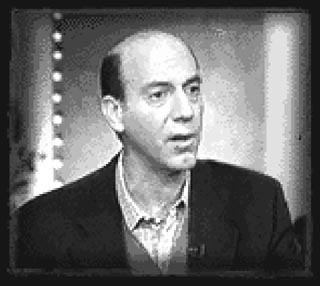 Gene Siskel was a most unlikely television star, but if being a television star is as simple as being recognized because of the small screen, then that was Siskel.

Siskel, who died on Saturday at age 53, was the film critic for The Chicago Tribune, but it was his presence alongside Chicago Sun-Times critic Roger Ebert on TV for 24 years that made us more aware of the art of filmmaking. For those of us in the business, we lost a colleague as well as an icon, and being the snide jackasses that we sometimes are, would not have bet on Siskel as the first of that duo to bite the big one. But even more than that, their sparring-partner friendship evolved from a natural rivalry, and it made it okay for journalists working for competing publications to have that kind of cautious friendship (which might be why so many Statesman writers attend the Chron's Christmas party).

Gene Siskel's personal style was hardly the kind of charismatic gloss TV likes for its figureheads. Had he and Ebert not started Sneak Previews on PBS, it's unlikely a network would have chosen two who resembled the Laurel and Hardy of film critics. But Siskel & Ebert weren't about the cosmetic veneer of telegenic personalities, they were about the deep and abiding love of art, and the willingness to explore it, good and bad. Siskel's almost naive affection for the magic of film was irresistible to the viewer, and a welcome contrast to Ebert's knowledgeable bluster, not to mention the way they ragged on each other. Ebert might go out on a limb and put Jackie Brown in his Top 10, but only Siskel would name Babe: Pig in the City as the best film of the year. In 1982, Sneak Previews changed its name to At the Movies and was very successfully syndicated, making their thumbs-up/thumbs-down gestures famous.

They were just as successful at adapting their style to the Internet (http://www.siskel-ebert.com/). The Siskel & Ebert site lists the films they review, audio clips, and a little column of thumbs-up or thumbs-down icons under both names. It also has an extensive best/worst page with a chart comparing their opinions. It's my idea of what a Web site should be. When Siskel announced Feb. 3 he was taking a leave of absence from the show to recuperate from surgery, his thumbs-up/thumbs-down column was left empty and remained that way for three weeks. It's just not the same without a second opinion.

Siskel wasn't my favorite on the show; Roger Ebert is. But I confess a shameless bias, since I was once Roger Ebert's chauffeur. This is not an exaggeration. When I moved to Hawaii in 1988, Ebert was a guest judge at the Hawaii International Film Festival, where I had volunteered my experience of working with the Awards Show and SXSW. One day, I was asked to drive Ebert around to his various media appearances and screenings. How could I resist? He was given my name and phone number and called for a ride when I was not home, waking up my then-husband Rollo from a nap. It couldn't have been a pretty conversation. When I got home a terse note taped to the fridge read, "Eeeburt called."

First, I had to pick him up at the Kahala Hilton, one of Honolulu's most expensive hotels in its most expensive neighborhood. Now, I am a big girl, and Roger Ebert is a big boy. I was driving a little Mazda GLC but we all squeezed into it gamely for an afternoon of adventure. He had a female companion, a busty blonde whose name started with D, as in her cup size. They cuddled in the back while I averted my eyes from the rearview mirror and we headed to a screening of 84 Charlie Mopic in Chinatown.

From there, we took D-cup back to the hotel, and I drove him to an interview at a local television station. Ebert was affable, pretty much what you see on TV. He had given 84 Charlie Mopic a "thumbs up" (his actual words and gesture) and was chatty about being in Hawaii; the interview went well as he plugged the film festival. On the way out, a secretary informed him a viewer was on the phone and did he have a minute to speak? Ebert agreeably took the call in a conference room. I waited in the lobby.

Seconds later Ebert burst out of the room in a huff and swept out of the lobby as I jumped to keep up. "Unfuckingbelievable!" he blustered out into the parking lot. Good heavens, I thought, as I scurried to open the door for him and then got in myself, did someone threaten him? Harass him? "Everything okay?" I asked as he muttered.

"No! Some idiot wanted to know if I knew where he could get Kukla, Fran & Ollie videos!" he griped.

Was I relieved. I drove him to another screening. As I waited for it to be over, I thought about asking for advice on writing. When he climbed in for the trip back to the hotel, I pounced. "What's the most important thing to know about trying to get a job at a newspaper?"

Ebert didn't hesitate. "Get your copy in on time. It doesn't matter how good you are if you are late." It was good advice. When I saw Ebert the next year, he had a different woman with him.

On Monday, NPR paid tribute to Gene Siskel using audio from a live interview from several years ago. In it, Siskel describes the impact of watching Dumbo as a child, and how emotionally affected he was by the scene where the baby elephant is separated from his mother. The audience had tittered when Siskel cited Dumbo by name, and with a slightly defensive tone he called the scene "terrifying," and then remarked with uncommon tenderness at what a beautiful lullabye "Baby Mine" is.

In their obituary, The Chicago Tribune had also used Siskel's evocation of Dumbo to illustrate his endearing love for his job. In their rememberance of him, Siskel talks about the separation scene and is quoted as saying that he identified with Dumbo because he thought he had big ears too. It was remarkable to hear Gene echo this sentiment on the radio, because in that moment he wasn't Gene Siskel the film critic, he was Gene Siskel the kid with big ears who was orphaned at age 10. As the radio segment ended, music swelled.

So many songs could have been used in a eulogy for a much-loved film critic. "You Oughta Be in Pictures." "Hooray for Hollywood." The theme from Gone With the Wind or Star Wars. Instead, NPR said goodbye to Gene Siskel with "Baby Mine." Its elegiac beauty may never again be so appropriate.