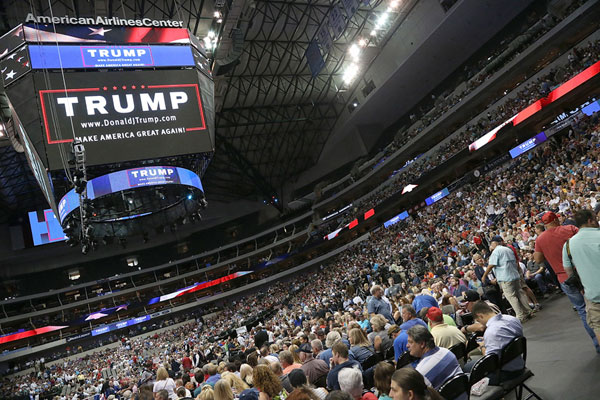 GOP presidential front-runner Donald Trump stopped off in Texas on Monday to address an estimated 15,000 supporters at a rally held at Dallas’ American Airlines Center. Continuing his crusade against illegal immigration, he reiterated his campaign promise to erect a wall between America and Mexico. “Because someday when I’m gone,” he told the crowd, “they’re going to name that wall after Trump.” Earlier in the day, a #DumpTrump rally organized by the League of United Latin American Citizens took place in Downtown Dallas.