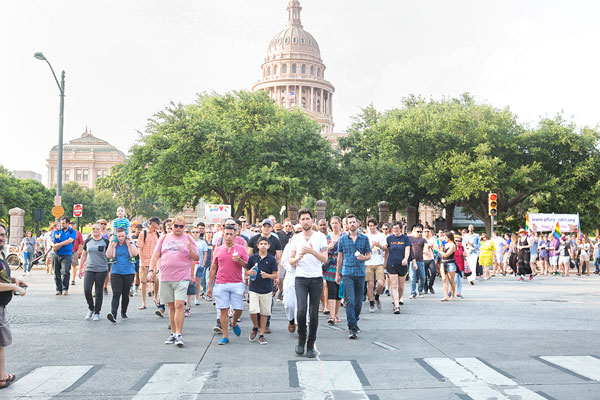 Hundreds gathered at the Texas State Capitol Sunday, June 12, to remember the victims of the mass shooting at a gay danceclub in Orlando, Fla. Mayor Steve Adler and City Council members joined the crowd, which marched down Congress Avenue to Oilcan Harry's on Fourth between Lavaca and Colorado streets, for a candlelight vigil. Adler called for unity in the wake of the tragedy, which killed as many as 49 people and injured 53 others.