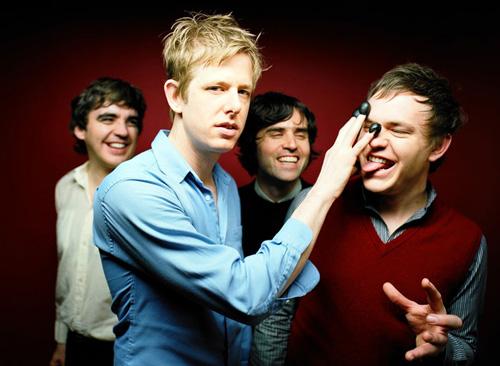 Everything Hits at Once: The Best of Spoon

"The Underdog (demo)" b/w "It Took a Rumor to Make Me Wonder, Now I'm Convinced I'm Going Under," Live at CBGB, "Committed to Wind" b/w "Stow Away," "Cut the Kite String" b/w "Circumsize Me"

Lucifer on the Sofa (Matador)

The Way They Get By

Spoon ladles up another winner

Screw indie rock -- Britt Daniel is aiming for the Top 40.