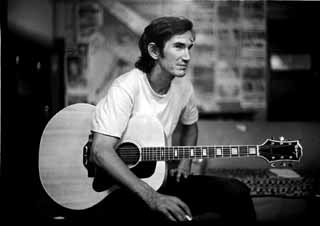 For the Sake of the Song, Our Mother the Mountain, Townes Van Zandt, Delta Momma Blues, Flyin' Shoes

Together at the Bluebird Cafe

Last-minute stocking stuffers on Kindle and off

Back to School Part 2

The battle for Townes Van Zandt's legacy wages on, Willie and the Doggfather get Half Baked in Amsterdam, and Pinetop Perkins gets his mojo working

Ray Wylie Hubbard survived the crash, recovered the black box, and continues to fly high and get lowdown with 'Snake Farm.'

Raoul Hernandez goes on tour with the Flatlanders

The making and subsequent success of Poet: A Tribute to Townes Van Zandt