Bill of the Week: Should Businesses Get to Go Green or Avoid Guns? 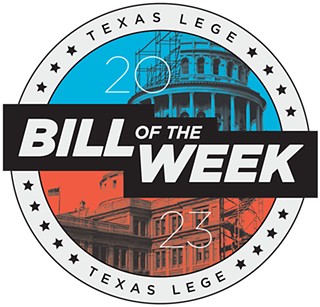 “Bill of the Week” lived and died from 2011 to 2017, before I joined the Chronicle News team, but we're bringing it back for this 88th Texas Legislature because we had too much fun with our Lege preview not to revive it.

First up for analysis is the anti-anti-boycott bill from state Rep. Jon Rosenthal, D-Hous­ton. The newly filed Freedom of Speech Act, if passed, would repeal a series of relatively young laws that punish Texas businesses for supporting progressive causes.

A wave of anti-boycott legislation gained traction in recent legislative sessions. Under current Texas code, you can't do business with a government entity if you avoid investments in the firearm industry, fossil fuels, or the Israeli government on moral grounds. (But if you're avoiding those investments for purely financial reasons, you're in the clear!)

"Texas, a state that prides itself on individual liberty and freedom, is disallowing business to be conducted freely," Rosenthal said in announcing House Bill 1089. "If we value constitutional protections, we must repeal these statutes that restrict the fundamental right to freedom of speech."

So how did these bans on business come to be? The wave started swelling with 2017's HB 89 by then-Rep. Phil King, R-Weatherford (now a state senator), which passed with broad bipartisan support and now prohibits government entities from contracting with anyone boycotting Israel. HB 89 took aim at the Boycott, Divestment, and Sanctions (BDS) movement, a Palestinian-led effort applying economic pressure to force Israel to end violence against Palestinians under Israeli occupation.

That law's been challenged before – in 2018, a Palestinian American Pflugerville ISD speech pathologist lost her contract with the district when she refused to sign a pledge that she would not boycott Israel. Bahia Amawi filed a federal lawsuit, and in 2019, U.S. District Judge Robert Pitman temporarily blocked the law, but in 2020 the conservative 5th U.S. Circuit Court of Appeals tossed Amawi's lawsuit out. Back to square one.

More recently, 2021's Senate Bill 19 made it illegal for government entities to contract with entities that avoid investment in firearm businesses and associations based "solely on [their] status as a firearm entity." Also last session, the Lege passed SB 13, a green investment ban that blocks state retirement and investment funds – estimated to be worth about $300 billion – from doing business with financial firms that consider environmental impact in their investments.

Free speech and free market implications aside, anti-ESG bills are costing the state a few hundred million each year. (ESG is environmental, social, and governance investing, or socially conscious investing.) The anti-ESG bills passed in 2021 cost the state between $300 million and $500 million in interest in their first eight months in effect, per research from the University of Penn­syl­van­ia and the Federal Reserve Bank of Chicago.

On the flip side of Rosenthal's coin, Rep. Steve Toth, R-The Woodlands, has filed HB 982, which would even more broadly ban government contracts with companies that use "prohibited ESG criteria," defined vaguely as criteria that "furthers political policies at the expense of the Texas economy." Then, stripping at-will employment and the right to refuse service, Toth has HB 645, which states that a business may not "give disparate treatment to a person using value-based criteria," including the person's political affiliation, membership in any group, or their "beliefs." 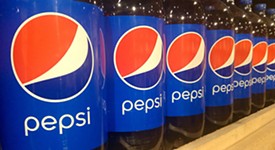