“For those who believe that democracy can work ... this session will be fruitful” 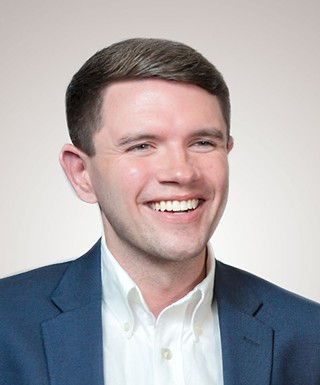 James Talarico has only served in two sessions of the Texas Legislature, but each was fundamentally different in terms of policymaking because of how Republicans wielded their power in each session.

In 2021, the majority party ruled the 87th Legislature with iron fists, passing highly partisan bills attacking voting rights, trans rights, and abortion rights. The Texas GOP was emboldened by its better-than-expected 2020 election performance, in a contest where many Democrats thought they had a chance to take back the Texas House. This empowered the party to trample over the rights of Texans in ways that the Democrats could not stop, despite the use of extreme tactics like a quorum break, which Talarico participated in.

But two years earlier, when Talarico was one of 12 new Democratic freshmen who'd flipped GOP seats in 2018, the 86th Lege was so filled with bipartisan policymaking and attention to Texas' meat-and-potatoes problems that it's now known as the "Kumbaya session." This included the "Texas Plan" for shoring up public school finance at least for a few years; a former middle school teacher, Talarico has served on the House Public Education Committee, a role he hopes to continue in 2023.

"I know what's possible when we work together," Talarico told us, reflecting on what he's learned from the cumulative experience of both sessions. "For those of us who still believe that democracy can work, and that people who disagree can solve problems together, I think this session will be fruitful."

Talarico's hope stems in part from 2022 midterm results that, like in 2018, proved more favorable to Democrats (and some GOP moderates) than the wipeout predicted by overenthused Republicans. If more center-of-the-road legislating lies ahead, Talarico hopes to improve teacher pay with a bill he intends to file soon, make more progress on lowering insulin costs, and increase access to affordable child care throughout Texas.