Raj Moonesinghe was shot in the back 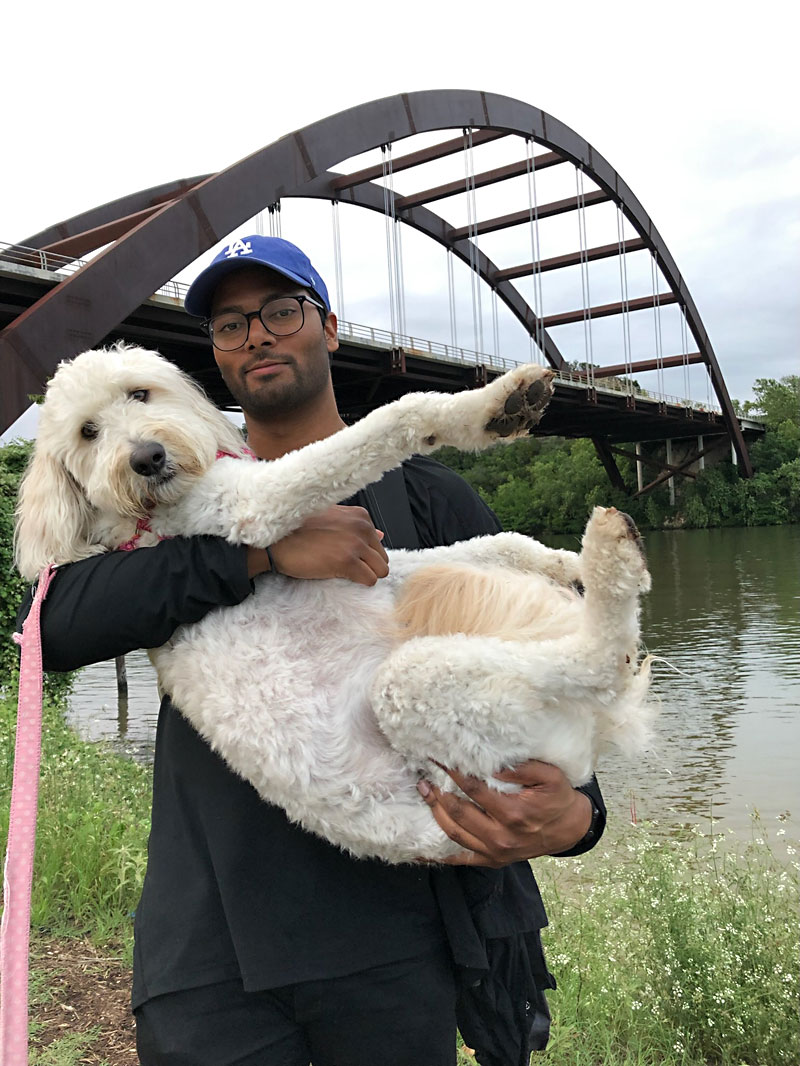 Austin police have killed another person under strange circumstances. Rajan Moonesinghe, described by his family as a gentle giant and beloved uncle, was shot once in the back on the front porch of his home in the Bouldin neighborhood of South Austin. He was transported to a local hospital where he died. The department almost certainly has more detailed information to share because it has the officers' body worn camera video, which it presumably reviewed in compiling its public statement. That video, per department policy, should be released by Dec. 1, 10 business days after the killing. As of 11am Dec. 1, the video has not been released.

Moonesinghe, the co-founder of a restaurant investment and consulting business, had lived in Austin since 2015. His family released a statement following his death saying, "no words can adequately capture the sorrow we feel and the love we hold in our hearts for the most caring, thoughtful, silly, loving, hardworking, and deeply admired person we've ever known. … Raj was the type of person who wouldn't eat until everyone else in the room had taken food for themselves, and who would show up at the end of an event to help clean up even if he didn't attend. Acts of service were his life passion."

Officers confronted Moonesinghe shortly after midnight on Nov. 15 after a neighbor called 911 to report a man across the street pointing a gun into the interior of his own home. A statement from APD said that Moone­singhe fired the rifle into the house as two officers reached the scene. "The two officers exited their vehicles and sought cover while Mr. Moonesinghe, who was standing on the porch, continued firing a rifle," the report states. "The first officer … gave him a verbal command to drop the gun. The officer fired his Department approved firearm at Mr. Moonesinghe. Mr. Moonesinghe was struck and fell to the ground." Officers provided Moonesinghe medical attention until Emer­gency Medical Services arrived, and determined that no one else was inside the home or had been injured.

APD has not yet identified the officer who shot Moonesinghe, but said the officer has two years and nine months of service with the department and has been placed on administrative leave while two investigations unfold – a criminal one by APD's Special Investigations Unit and an administrative one by the department's Internal Affairs Unit. The crucial question investigators will consider is what the officer who fired his gun did in the interval between telling Moone­sin­ghe to drop his rifle and shooting him. Did the officer try to de-escalate the situation, as is department policy? Did the officer shoot in self-defense after being targeted by Moone­singhe? For Kathy Mitchell of Just Liberty, the wording of APD's statement implies that neither of those things happened. "Without more information, it appears likely that officers shouted a command and then almost immediately shot a man in the back," Mitchell said. "The gun clearly presents danger to the officers and possibly to someone inside the house, but that doesn't mean de-escalation should be dismissed as inappropriate. Was there a point when officers took cover to assess the situation or consider how to de-escalate it? What did the officers know? What did the 911 call operator tell them?"

As Mitchell points out, APD's report leaves out a crucial detail that is repeated twice in the statement from Moonesinghe's family – that he was shot in the back. A spokesperson for the family had not responded to questions on this from the Chronicle as of press time and a public information officer for APD said the department would provide no further information at this time.