Nashville, Dallas/Ft. Worth, and Atlanta come out on top 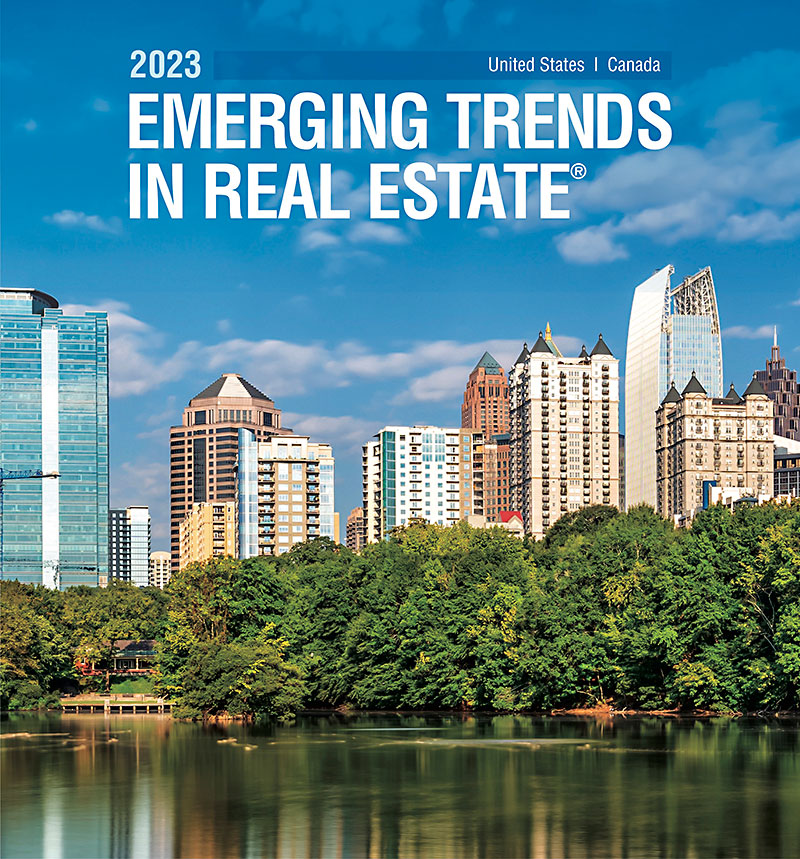 Austin continues its run in the Top 5 hottest markets in the country, according to the 2023 edition of Emerging Trends in Real Estate, a closely watched annual report on the state of the industry by the Urban Land Institute and PricewaterhouseCoopers, being released today, Oct. 27, at ULI's annual Fall Meeting in Dallas. The five-county metro area had hit No. 1 on this ranking before the COVID-19 pandemic, but our roll has slowed a bit with more competition from larger metros where development happens more quickly than around here. This year, we're No. 4, behind repeating 2022 top dog Nashville, Dallas/Ft. Worth, and Atlanta, which gets the prime spot on this year's ETRE cover.

San Antonio is No. 12, Houston No. 14, which is the cutoff for which of the 80 markets were considered especially bullish by the 2,000 real estate pros interviewed by PwC. Beyond the four in Texas, there are three in Florida, four in the Mid-South – that makes 11 in the Confederate States – and just two west of the Rockies and one in the Northeast. Just in case you were wondering how it's going in Live-Anywhere-USA: The now mostly virtual workers are abandoning their crappy lives in bigger or colder cities for the Sun Belt.

In Austin and other contemporary U.S. boomtowns, a document like ETRE (this is the 44th annual edition) is probably a more predictive tool of future growth than an aging, vague, ill-monitored planning document, such as our own Imagine Austin Comprehensive Plan. Austin is also No. 4 in the rankings specifically for homebuilding – but here, San Antonio is No. 1, and there's quite a bit of homebuilding on the northernmost edge of the S.A. metro, which is only a few miles south of Wimberley and San Marcos.

A merger into one big Austintonio corridor is not what either our or S.A.'s comprehensive and mobility plans want to see happen, but members of ULI, as the name implies, mostly build city stuff – apartments à la Rainey Street, retail à la the Domain, hotels and office complexes. (But also a lot of warehouse & logistics, which was already booming before COVID and got even hotter during lockdown.) So they think more in terms of centers and corridors, such as those in Imagine Austin, than about raw sprawl.

Because those kinds of projects are quickly becoming the norm for Austin and we keep growing, we (along with Nashville, Raleigh/Durham, Boise, and Jacksonville) are now in a category ETRE calls "Supernovas" that have "explode[d] into prominence" over the past decade or so. "Their defining attribute is their tremendous and sustained population and job growth, which [are] well above national averages. ... Despite their relatively modest size, all the Supernovas have above-average levels of economic diversity and white-collar employment, factors that explain their strong investor appeal and should help them sustain further high growth in the years ahead." Cannot wait!

Elsewhere in the report, the breeze is a little colder. "A key issue confronting the current generation of hyper-growth markets is whether they will invest in the infrastructure and regional planning needed to facilitate growth while maintaining the qualities that led to their appeal. One ULI focus group participant in Austin said, 'The disadvantages of housing affordability, lack of mobility due to inadequate infrastructure, and property taxes will likely negatively impact our market in the coming years.'" Folks in Boise and Nashville say much the same.

Speaking of mobility and infrastructure, here in Austin, the ULI chapter is carrying a lot of the burden of keeping the capping of I-35 alive while the state figures out how it wants to rebuild the highway, and the Recon­nect Austin initiative (that's the cut/cap/develop vision, not the make-it-a-boulevard vision) gets a shout-out in ETRE. As for different real estate sectors, Austin may see a modest retail comeback, the pros say, and has already seen more people come back to their office jobs than in other cities. And it's still not a great place to own or build a hotel, but it's not the worst place to do so.