The city responds to a federal lawsuit 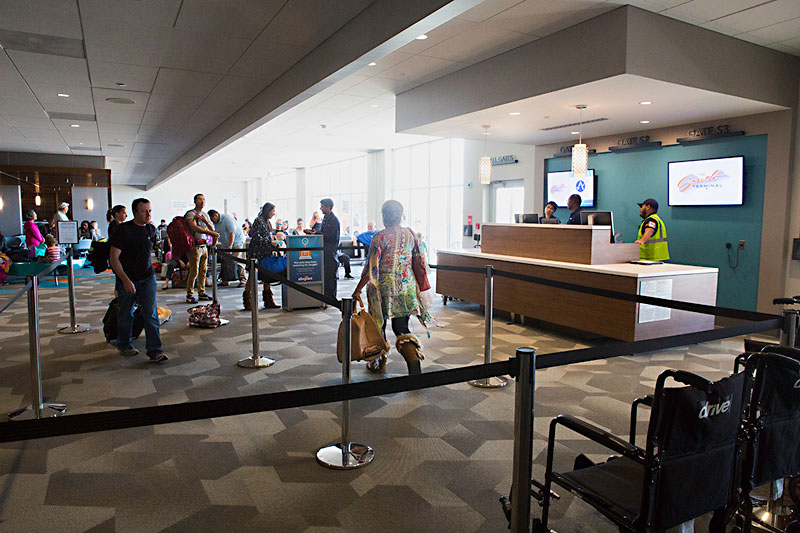 The city has made its first responses to the federal lawsuit filed against the Austin airport by Lone Star Holdings, operators of the South Terminal at AUS, which is slated to be demolished to make room for the new midfield concourse in AUS's expansion master plan. Lone Star has refused to walk away from its 40-year concession agreement, leading the city to take the weird but not wrong step of filing condemnation proceedings against Lone Star's leasehold (weird, in that the city already owns the South Terminal). That case, like all other city eminent-domain cases, is now in Travis County probate court, which has appointed the three-member panel of special commissioners who will put a price tag on what Lone Star needs to get paid to go away and stop bothering AUS.

Because that case is already happening, the city says in its filings in U.S. District Judge Robert Pitman's court, the federal case brought by Lone Star is both redundant and inappropriate on procedural grounds. Lone Star wants to force the city to not only keep the South Terminal open to service AUS's ultra-low-cost carriers (mostly Allegiant) but also to bring Lone Star in as a partner on the entire Airport Expansion and Development Program, which the city finds laughable (and also illegal under Texas statutes governing public contracts). The Lone Star case – argued by CEO Jeff Pearse, who one might infer after reading the filings has taken this whole thing way too personally – is that the city is seizing a small, innovative business and should both pay and be ashamed. The city's response: If you're the little guy in this scenario, why are you suing us in federal court? Oh, that's right, because you're actually a subsidiary of a Delaware corporation that's doing public-private partnership deals with airports all over the country, including just down the road in San Antonio. Lone Star's response to the city's motion to dismiss is due next week.