In the Wake of COVID Seton Nurses Unionize 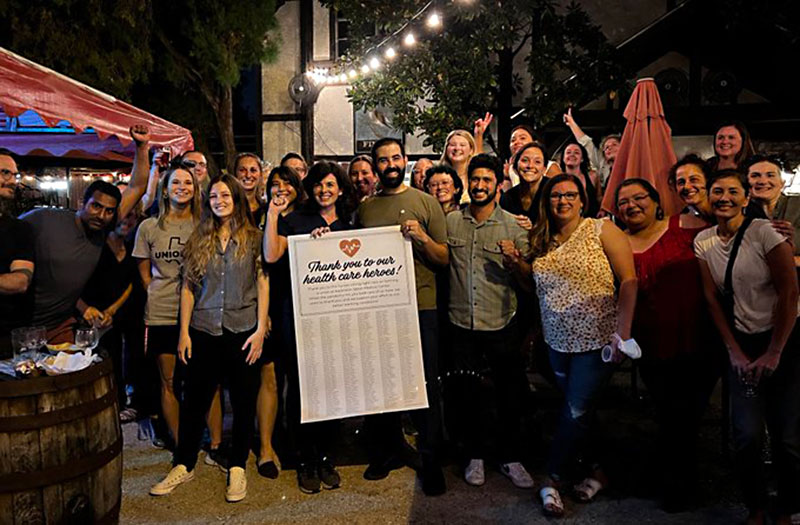 Workers at a facility in Texas' largest private hospital network successfully unionized Sept. 21, with 72% of nurses at Ascension Seton Medical Center in Central Austin voting in favor. Kellen Gildersleeve, a registered nurse on the labor and delivery floor in the maternal transport team, has been in the job since she finished nursing school in 2014. She was one of two nurses to reach out to National Nurses United last year in hopes of unionizing, unbeknownst to each other: "It's a pretty big hospital.

"I had been talking about unionizing for a long time, and for many years, I was met with a lot of either indifference or fear," says Gildersleeve. "But around the beginning of the pandemic, nurses started to say that they thought a union could be the solution to the problems we were seeing." Those problems included chronic understaffing and high turnover that has spiraled "out of control ... over the last three to four years," even before it was exacerbated by the COVID pandemic. This has led to "trouble retaining experienced nurses who are invaluable to good patient care," Gildersleeve explains. "When I started working at Seton, there would be an occasional shift going without a lunch break. But that became more and more common" – a definite safety concern in her profession: "You want your health care professionals to be fed and well rested."

Understaffing of housekeepers results in longer wait times for patients, "which can be really scary. Because if someone comes to the door [with an] emergency and you have nowhere to put them, that's potentially unsafe ... for a patient who is in a really vulnerable position." Shortages of surgical technicians, patient care technicians, and lab staff like phlebotomists foist extra work on RNs, which forces things like patient follow-­ups by the wayside. "We're concerned about readmission rates, because we aren't able to take time to help patients understand their health processes." And like most professions in a booming Austin, nurses require cost-of-living wage adjustments "so we don't have to live all the way out in Hutto and Pfluger­ville and Leander and then drive 30-45 minutes in [for] a 2½ hour shift."

Gildersleeve reached out to NNU because of their "proven track record here in Texas," with prior victories at hospitals in El Paso and Corpus Christi. "Some of my co-workers thought it was literally illegal to unionize in Texas, because of 'right-to-work' laws. So essentially, we were just doing education; most of the time, whenever they realize the protections that a union can provide, that's all the convincing they need."

The next step will be a survey of all Seton Medical Center nurses to find out their priorities before they go to the bargaining table, along with nominating and electing nurses to a Facility Bargaining Committee. "We're all absolutely thrilled, and so heartened by this supermajority of nurses at a hospital in Texas saying that we want to make change," Gildersleeve said. "And I think that that's such a hopeful and inspiring thing [for] other nurses and other workers in Texas to know that this is possible, and that we can make really positive change for our companies if we just work together."

Ascension Seton issued this statement in response to the union drive: "Consistent with the Ethical and Religious Directives for Catholic Health Care Services, we respect our nurses' right to organize themselves through union representation. We are united in our commitment to care for our community and those that we are privileged to serve."