Public Notice: What’s Up With the Orange Line?

Plus, turtles and other pets in need 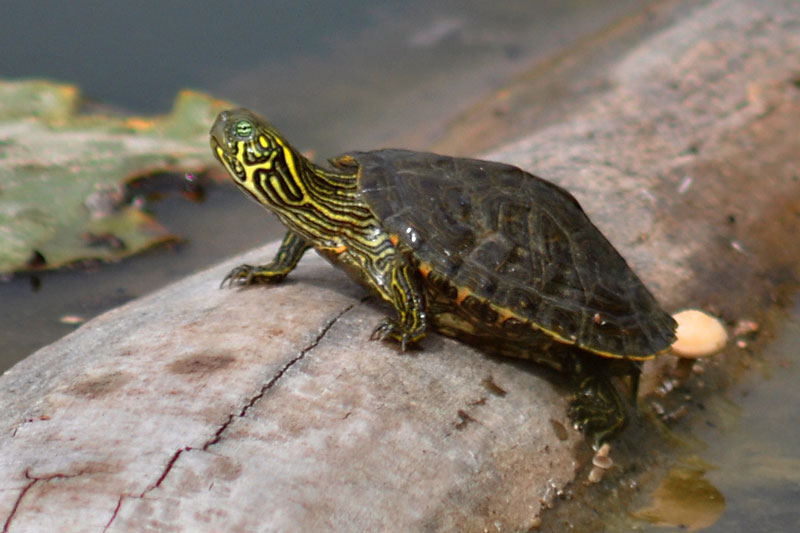 Transit watchers are starting to feel a little nervous about Project Connect's light rail Orange Line – that's the one with the tunnel under the river and South Congress – after a couple of emails circulated last week that seemed to signal a change in the "full steam ahead" vibe coming from the project planners. First came a rumor that the station at 38th and Guadalupe now won't be built. The emailed response to that direct question, from Vikram Sinha, Project Connect's public involvement manager for the Orange Line, is about as noncommittal as it is humanly possible to achieve in the English language: After citing concerns about "cost increases ... market conditions, rising inflation ... construction costs ... [and] increased costs," he confirms that "Austin Transit Partnership (ATP), the entity tasked with implementing Project Connect, is continuing the project development phase for light rail ... and we will engage with the community in the coming months to develop a first light rail project that can be executed given these constraints."

Make of that what you will, but it was followed by an official Project Connect Orange Line Light Rail Transit Project Update on Sept. 9 from ATP Director of Environmental and Project Development Deron Lozano, which was sent to the "Orange Line Consulting Party Representatives," and confirmed that the planners "have decided to temporarily pause development" of the draft Environmental Impact Statement, which was to have been ready this year, because "recent developments, including increasing construction costs, real estate values, and inflation, warrant a re-visiting of the scope for the corridor to ensure we deliver a project that is fiscally feasible and responsive to the needs of the public." So again, make of that what you will?

Turtlemania 2022: "Drink Beer. Save Turtles." County Line on the Lake has been hosting this annual event for the Turtle Survival Alliance's North American Freshwater Turtle Research Group since 2016. Come watch and talk to volunteer researchers and divers from around the country as they capture and tag turtles, examine ones tagged in previous years, and release them back into Bull Creek, which runs right behind the restaurant. They'll be out this weekend from noon to 5pm on Saturday and 9:30am to 5pm Sunday, Sept. 17-18, and expect to examine perhaps 800 turtles in all, representing six native species that thrive in that section of the creek (including the Texas river cooter). Then shellebrate at Turtlemania itself, 4-7pm Sunday, with $4 Zilker beers and all proceeds going to the research group. County Line on the Lake BBQ, 5204 FM 2222; see turtlesurvival.org for more info.

Austin Animal Center continues to suffer from massive overcrowding, with over 700 animals currently at the shelter, including 67 dogs living in temporary pop-up crates. They're holding a "Clear the Crates" adoption event this Saturday, Sept. 17, with all adoption fees waived, and every adoptable crated dog out on the front lawn at 10am. They've also restricted intake to emergencies only: animals that are injured or present a clear public safety risk. All others are on their own. Cave, canem.

Austin Humane Society is holding another Pet Food Pantry this Saturday, Sept. 17, from 9am to noon – distributing thousands of pounds of food to help struggling pet owners. It's not at AHS, but at their future location, the current Red Rocks Church, 7625 N. I-35 (enter the parking lot on Anderson Lane and follow the volunteers' instructions).

Sept. 16 is the deadline for nominations for the 2022 Austin Green Awards – in its seventh year of highlighting "outstanding accomplishments in the broad arena of sustainable design and innovation" in the Central Texas region. See more info and submit an application at atxgreenawards.org.

Travis County Friends of the Night Sky advocates for dark-skies outdoor lighting and to educate the public about light pollution; they will meet during the daytime, however: 2-3pm Sat., Sept. 17, at the REI community room.