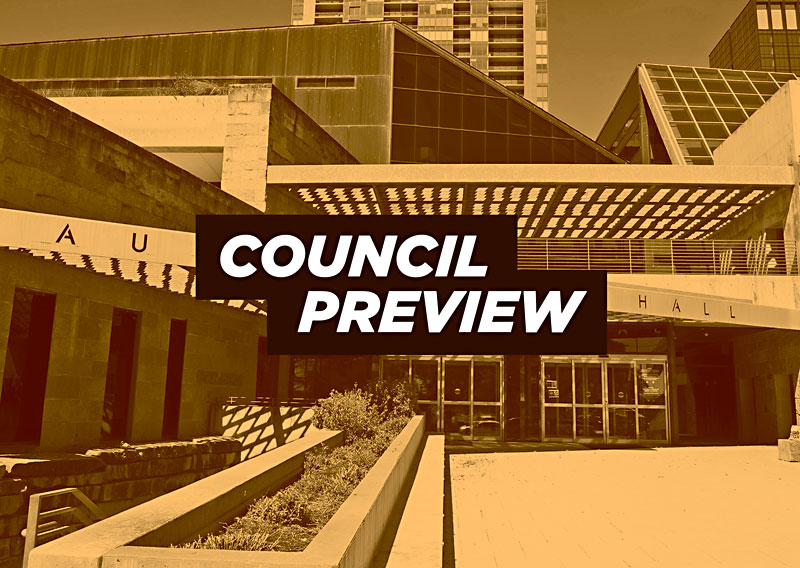 City Council is deep in the weeds of budget deliberations as we go to press Wed­nes­day, Aug. 17, in the first of a potential three meetings they may need to discuss the fiscal year 2023 budget before voting on it.

The first half of Day One included hearing once more from public speakers on their budget priorities. Many spoke in favor of boosting base pay for city workers to $20 per hour and against a resolution that could result in Austin police resuming use of controversial automatic license plate reading software (the latter was postponed to Council's Sept. 1 meeting).

The second half of the day saw Mayor Steve Adler and the 10 council members asking city staff about their proposed amendments to City Manager Spencer Cronk's proposed FY 23 budget. Increasing the base pay for city workers beyond the $18 per hour offered by Cronk has broad support on Council, but CM Vanessa Fuentes has the honor of carrying an amendment to boost it to $20 per hour for all city staff (except for summer youth employees). The Budget Office prices this out from $5.5 million to $10.4 million; the Fuentes amendment allocates $7 million from the General Fund and instructs Cronk to seek funding from other sources should more be needed. The amendment also directs Cronk to develop a plan for each fiscal year to bring the city to a $22-per-hour base wage. Meanwhile, the three public safety unions (police, fire, and EMS) will continue to negotiate their pay through ongoing labor talks, with a price tag as yet undetermined. As city Human Resources Director Joya Hayes explained, raising base pay creates a number of issues – such as how it impacts those workers who already make $20 per hour or more. She pointed out that school crossing guards would be making similar pay to people who were hired at $20 per hour for what are presumably more skilled jobs (though all employees will receive a 4% cost of living adjustment). Because increasing pay for roughly 5,000 city employees involves a complex set of equations, Hayes could not say whether the $7 million amendment would be sufficient.

Hayes offered other options for Council to consider in boosting pay, such as offering a $1-per-hour stipend to all employees, and a $2-per-hour stipend to workers in positions with the highest vacancy rates. But that would be a temporary increase that Council would have to extend each year.

The mayor, council members, and their staffers could see their pay increase, too. Adler's bringing an amendment and ordinance that uses a recent market study to determine what the highest-paid council staffers should earn, and sets CM pay at 10% above that, and leaves the mayor's salary – which Adler has never taken – at $14,000 higher than the CMs.. Adler's amendment says that Council pay has not been adjusted since 2006. The City Hall electeds make significantly less money (about $83,000 a year) than does a Travis County commissioner ($140,000).

Mayor Pro Tem Alison Alter is bringing amendments to fund new recommenda­tions by the Police Executive Research Forum, which is reviewing how Austin police respond to and investigate sexual assault cases. Her requests total about $852,000 – about $375,000 of that would be ongoing funding for a full-time, dedicated crime analyst, annual case review within the Sex Crimes Unit, and additional overtime for SCU detectives. One-time costs include buying 14 new vehicles for SCU and the Victim Services Division.

CM Ann Kitchen has her eye on homelessness, with amendments to provide six months of funding, at a cost of $1.75 million, for bridge shelters (temporary housing) to receive residents of cleared encampments. One of the two current city bridge shelters, Northbridge, is being converted into permanent supportive housing. As the Austin Area Urban League prepares to take over operations of the Southbridge shelter, Kit­chen proposes the city spend $100,000 for a staff position to provide "oversight, coordination, and training" for the new shelter operator. Adler has also brought an amendment that would devote $406,000 from the General Fund to "system coordination, training, and capacity development," to invest in the system of nonprofits that provide front-line services to unhoused people.

These budget amendments, even the pay increase, are not huge in a $1 billion General Fund budget. (The all-funds budget, including the utilities, airport, etc., is closer to $5 billion.) A much larger ask of Austin taxpayers has been the incredible cost this fiscal year of the violence meted out by Austin police officers during the Eighth Street protests in May 2020. The city has had to pay about $14 million to settle civil lawsuits stemming from that violence and now that money must be recouped through previously uncommitted sales tax revenue. That same $14 million might have allowed Council to boost city worker base pay to $22 per hour, if it had been available.