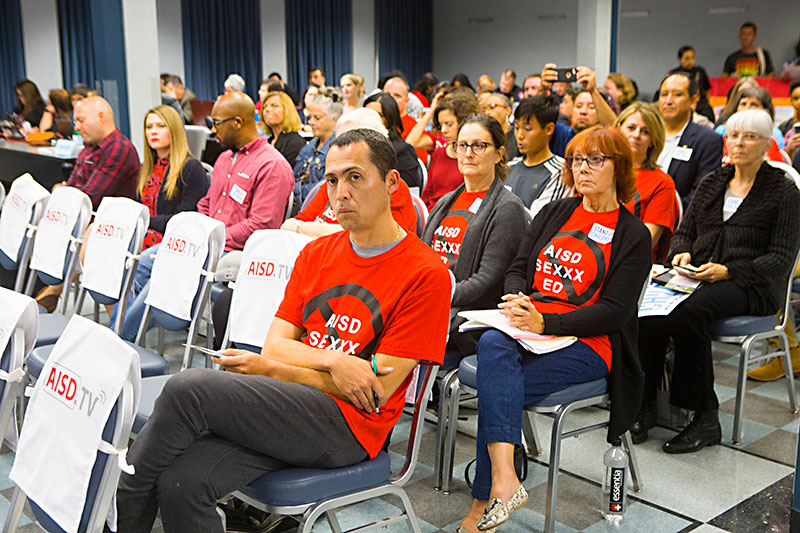 When the school bell rang for coed sex education class, Layla Bonnecarrere remembers feeling embarrassed and uncomfortable as she walked into the unknown at Walsh Middle School in Round Rock in 2017. The now 16-year-old junior at Stony Point High said that she would have taken the lessons more seriously if the "Wellness and Sexual Health" curriculum developed by Baylor Scott and White included protection for safer sex, LGBTQ+ orientation, and more lessons in consent.

How students receive and retain sex ed information is crucial in Texas, where teens continue to get pregnant at one of the highest rates in the country, according to 2020 data from the Centers for Disease Control and Prevention. Texas has a rate of about 22.4 teen births per 1,000 women age 15-19; the lowest rate is about 6.1 per 1,000, in Massachusetts.

Across the state, middle and elementary school students have been missing out on sex ed from the beginning of the COVID pandemic. Before that, the requirements for what students learn in these classes hadn't been updated in over two decades. The State Board of Education's latest 2020 curriculum standards updated calls for more detailed teaching about birth control and sexually transmitted diseases – but left out the lessons that Bonnecarrere hoped for. RRISD spokesperson Maritza Gallaga said the district's sex ed curriculum comes from a collaboration of a School Health Advisory Council and the board of trustees.

"How do you expect kids to take sex education seriously and with respect, when the curriculum is done so poorly?" Bonnecarrere said. "It's hard for others to give respect to a curriculum that doesn't cultivate openness or a sense of diversity."

Bonnecarrere's graduating class still hasn't completed the full sex ed curriculum because their lessons abruptly stopped in eighth grade, during the pandemic. She recalls that most of the lessons up to that point were filled with fear tactics. "There's a lot of romanticization of the married sex life, instead of learning and asking about different points of view on sexual orientation or relationships," she added.

Julia Fensel, a senior at Westlake High School in Eanes ISD, also felt the curriculum she learned was weighted too heavily with warnings about pregnancy and abstinence, when she would've liked to hear conversations about safely exploring sexuality. Fensel, who serves on the Austin Youth Council to provide a voice for teens and young adults in local government, said she'd like sex ed to focus "more on consent, teaching about birth control, condoms, and other forms of protection. ... Teaching girls that masturbation is normal would also remove the stigma and shame surrounding a very natural part of life for females and teaching students about healthy relationships should also be included."

Starting in October, schools across the state will send parents permission slips to opt their children into sex ed, as the state now requires them to provide written consent to receive these lessons. Stephanie Hebert, Austin ISD's health education curriculum specialist, said she considers how to help teens like Bonnecarrere and Fensel feel comfortable when entering sex ed. An educator with more than 20 years of experience, she now oversees and approves all health and sex education in all K-12 grades in AISD.

Hebert said her team decided to include scenarios in the district's supplemental sex education material that were inclusive of LGBTQ+ students, but that they are not addressing abortion. "We as a team are very thoughtful about making sure that students feel as comfortable as possible when discussing sex," she said, "and we make sure there are things like anonymous question boxes and that lessons are activity- and peer conversation-heavy.

“One of the things that I hear a lot from teachers is the need for students to be serious about this content, but this content is hard for adults, too. As adults, we get in there and start making jokes and laughing, and it doesn’t mean that we don’t take it seriously.” – Stephanie Hebert, AISD health education curriculum specialist

"One of the things that I hear a lot from teachers is the need for students to be serious about this content, but this content is hard for adults, too," Hebert added. "As adults, we get in there and start making jokes and laughing, and it doesn't mean that we don't take it seriously – you don't have to talk about STDs with a straight face, you can laugh your way through the conversation. We're all trying to figure out how to navigate these things in a world and culture that tells us that we're not supposed to."

Like Round Rock, Austin has also faced the challenges of not teaching sex education consistently before and during the COVID pandemic, according to Hebert, who noted that AISD worked a lengthy process in 2019 to get new sexuality curricula approved by the board of trustees. This included hearings that were thronged with "Concerned Parents" mobilized by the social-conservative pressure group Texas Values, and rewriting materials that originally came from a Planned Parenthood affiliate in Massachusetts, which the Texas Legislature made impermissible in 2019.

Education contractors, or curriculum specialists such as Hebert, train teachers in the state's sex ed curriculum every year. Because there's nothing in the Texas Education Code that prevents teachers from answering student questions on topics outside of the state standards, Hebert said that classrooms can talk about abortion and LGBTQ+ sexuality and orientation – but there's a catch. While teachers are trained to anticipate questions outside of their curriculum, they don't have to answer every question. If they feel uncomfortable with a question, sex ed teachers can choose to refer students to seek answers elsewhere. (And that referral can be as broad as the word "elsewhere.")

Bonnecarrere said that when their questions aren't answered, most of her peers search for answers on the internet, and she fears that's a reason for misinformation around sex and continued confusion. "It's hard to feel safe when you're encouraged to ask questions, but most of the time you're met with the response that they're not at the liberty to answer and that we need to talk to our parents," Bonnecarrere said. "A lot of us don't go home and have healthy conversations [about sex] because it's stigmatized or embarrassing."

Imelda Mejia, communications director at the Texas Freedom Network, said many students don't have parents who are equipped or willing to talk to them about sex and health. The nonprofit found that Texas teens have higher-than-average rates of HIV and STD infections, and that more than 1 in 7 female and 1 in 16 male high school students reported experiencing sexual violence in 2017.

"Right now we're seeing an attempt to censor what's being taught and it's in the form of history. We saw a lot of people during textbook revisions trying to keep scientific information away from textbooks," Mejia said. "It's concerning how much critical information will be available to students that they'll need to learn for the rest of their lives."

* Editor's note Monday 8-15 6:01 pm: This story has been updated to clarify that rather than receiving notes that allow them to opt out of sex ed, lessons will be opt-in as parents will have to provide written consent for their kids to receive sex ed. 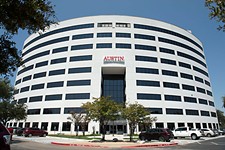