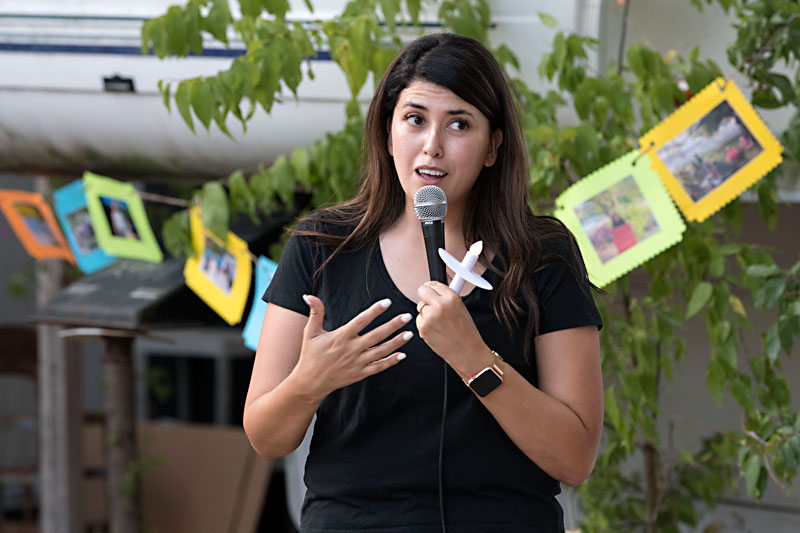 Wednesday, August 3, Council Member Vanessa Fuentes spoke at a vigil for the late Greg Hopkins, a member of the Congress Mobile Home Park community, which is being displaced for a luxury development. Read more. (Photo by John Anderson)

You Spin Me Round (Like a Talking Point): Gov. Greg Abbott and challenger Beto O'Rourke will finally face off in debate, after agreeing Tuesday to set a date for Sept. 30 at the University of Texas-Rio Grande Valley in Edinburg. O'Rourke, on top of that, challenged Abbott to three additional town hall-style meetings.

Total Eclipse of the Airport: The entire Austin-Bergstrom International Airport was evacuated around 7:30am Wednesday (causing mass delays) after a fire alarm went off in the main Barbara Jordan Terminal. A water main break outside the building set the alarm off; the cause of the break is still under investigation, airport officials said.

Girls Just Want to Have a Normal Human Temperature: On Tuesday, Cap Metro announced, effective immediately, they will offer free rides to cooling centers when a heat advisory (typically 103 degrees or higher) is activated within its service area. That policy came under fire from activists including Texas Harm Reduction Alliance, who asked why temperatures needed to be so high to trigger free rides.

Do Stop Believin': The FBI raid at Donald Trump's resort sent shockwaves through the country Tuesday. The investigation deals with the required preservation of all presidential documents, and the even more regulated transportation and storage of classified documents. Trump has reportedly torn documents up, flushed them down the toilet, and kept others as mementos, while a Watergate-era law maintains that all of them must remain in the custody of the National Archives.

Most Often Gonna Give You Up: After bussing 6,000 migrants from the southern border to Washington, D.C., Abbott sent two buses to New York City, the latter arriving Sunday, August 7, The Texas Tribune reported. Only 14 migrants were on the bus (others had apparently disembarked along the way) but they were greeted by NYC Mayor Eric Adams, who called the bussing "horrific." He said people were forced aboard, even if they wanted to go to other parts of the country.

Pour Some Microchips on Me: Prez Joe Biden signed the $280 billion CHIPS and Science Act into law on Tuesday, a move that Biden says will supercharge efforts to make semiconductors (an essential component of electronic devices) in America. This is good news for Samsung, which already had a $17 billion semiconductor factory in Taylor in the works, and Micron Technology, which is considering a new plant thereabouts.

(Nightmares) Are Made of This: A dog died in a hot car Sunday after Round Rock police arrested the driver for a DWI. Police say the driver had the car on before the sobriety test but the engine later shut off on its own while police waited for an animal control officer. 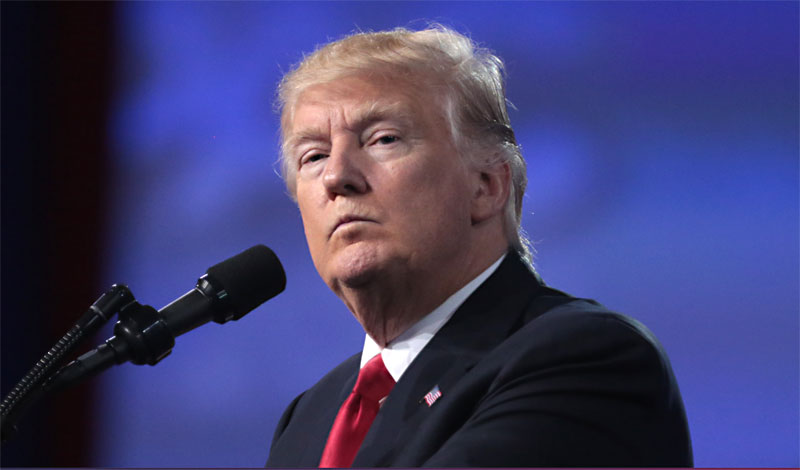 "They even broke into my safe!"

– Donald Trump, in a statement after the FBI searched his Mar-a-Lago resort for an investigation of Trump’s handling of classified documents