Texans Can't Divorce While Pregnant, Can Use IVF for Now

Divorce, fertility, and Dobbs: What's up? 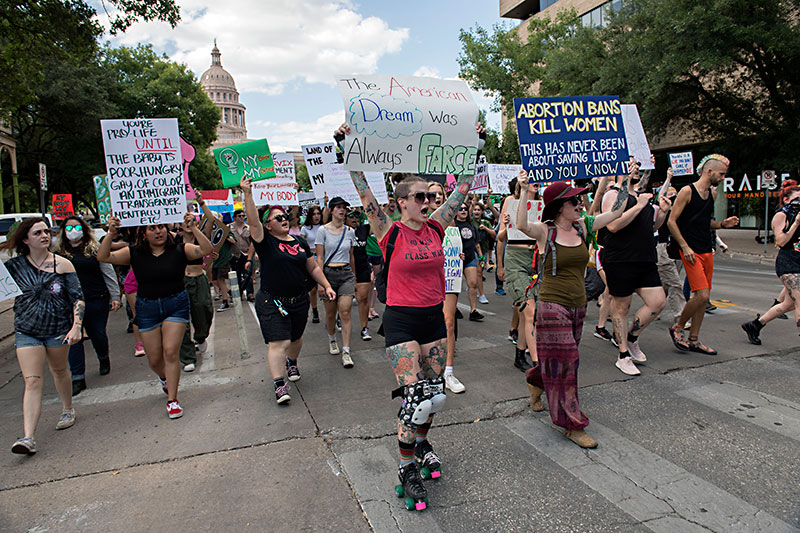 The state's abortion-banning "trigger law" goes into effect later this month, and Texans are still trying to wrap their heads around the immediate and long-term consequences of the U.S. Supreme Court's Dobbs decision in June, eliminating federal constitutional protections for abortion care. "Dobbs introduced an unprecedented level of chaos across the country," Rupali Sharma, senior counsel and director of national nonprofit the Lawyering Project, told the Chronicle. Texas is one of many states where people are trying to figure out, issue by issue, which parts of their lives abortion bans could unexpectedly touch, she said. Let's try to clear some of those up.

Can you get a divorce while pregnant in Texas? Usually, no. There's no state statute to this effect, but it's been common practice in Texas (and Missouri, apparently) for generations. Specifically, you can't finalize a divorce; you can file, negotiate agreements regarding custody and dividing assets, and get 90% of the way there, but have to wait until the end of a pregnancy to make it official. (You can, of course, get married while pregnant.)

Part of the reason for this: Judges will want to weigh in on custody, child support payments, and parenting plans when deciding the terms of the divorce, as Austin family law attorney Ben Carrasco explains on his law office's site. (Remember, those unborn babies are not yet legal persons, though that might change – keep reading. It's a lot easier to do this work after dependents are born.)

To Sharma, this limitation means a post-Dobbs Texas deprives its pregnant residents of yet another right. "Our country of late has been very intent on depriving people of basic rights," Sharma said. "They use pregnancy as an excuse to do that. … The second that you're pregnant, you no longer have what other people in your situation have, which is the ability to take yourself out of a fractured situation, a potentially abusive situation. You can no longer further your well-being. No longer further your mental or physical health."

In case you're wondering, in such cases a husband is presumed to be the father of any children born within 300 days of the dissolution of a marriage. If that's not true, then paternity has to be adjudicated, even if that just means getting all three parties to agree under oath.

Destruction of embryos is routine in the course of fertility treatments, and Dobbs has led to pandemonium in some fertility clinics, depending on the laws of each state. Dr. Kaylen Silverberg of the Texas Fertility Center said that in practical terms, his work remains much the same, but the "downstream effect has been to make my patients crazy. There's so much anxiety."

During in vitro fertilization, after egg and sperm are combined in a lab, chromosomally abnormal embryos that would not survive a pregnancy are frequently destroyed, and other healthy embryos could be, too – doctors will implant only one embryo in a person's uterus. Because Texas Fertility Center was already storing these embryos in Nevada, where abortion remains legal, Silverberg said this has not become an issue. Current Texas abortion laws do not specifically address the disposition of such embryos.

With other types of fertility treatments – including drugs which boost the number of eggs maturing in the ovaries ahead of ovulation – there is the rare possibility that a person will have more simultaneous pregnancies than can be safely carried to term. Prior to Dobbs, Texans in this situation would undergo a selective fetal reduction procedure to allow for one successful pregnancy, Silver­berg said. Now, he would advise patients with multiple pregnancies – a handful, he says, of the thousands he sees each year – to leave the state for that procedure.

At the same time, he's noticed a sharp increase in the number of people seeking IVF, as fewer people opt for the less invasive and less expensive treatments. He said patients seemingly prefer the guarantee of a healthy, chromosomally normal embryo that IVF offers over the risk of getting 10 or 11 weeks into a pregnancy and needing abortion care that doctors can't provide in Texas. The shift has been going on for about a year – the state's six-week ban, Senate Bill 8, took effect in September 2021 – and picked up speed after the Dobbs ruling was leaked in May. His clinic used to provide IVF services for about 30% of its patients and drug treatments for the rest; now, he estimates it's about 60% IVF. "One of the unintended consequences, one of the downstream effects of this is this is going to make expenses go up. You have a lot of people who could get pregnant with $500 [injections] spending $18,000 [on IVF]."

A personhood bill, such as the one filed last session as House Bill 1623, "is what everybody in the IVF community lives in fear of," Silverberg said. That bill, however, simultaneously stated that "personhood is God-given, as all persons are created in the image of God," and that "this chapter may not be construed to prohibit … in vitro fertilization or other assisted reproduction."

It remains to be seen whether a law that grants personhood to a just-fertilized being in the womb but not in the lab can stand up, but Silverberg is confident his IVF patients shouldn't have to worry either way.