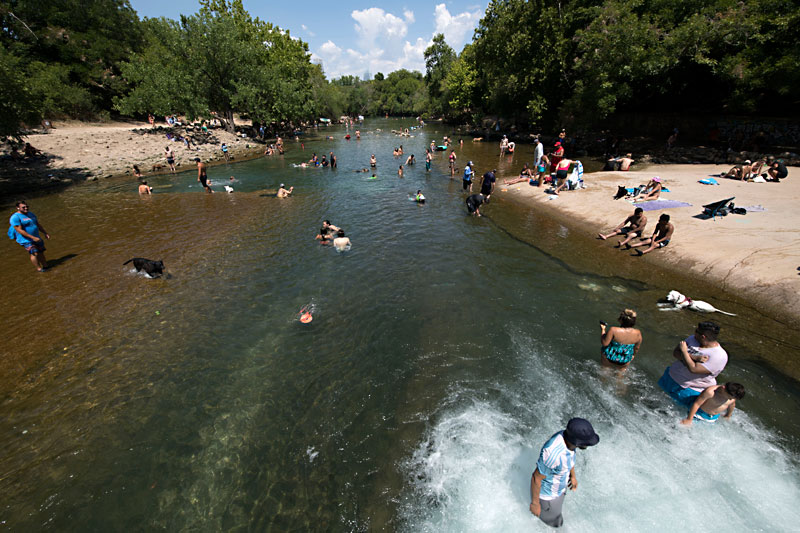 In the soaring heat, folks gathered at Barking Springs July 12 to cool off with their dogs. The city announced Tuesday that it was testing water and algae in the area for toxic blue-green algae after one dog died shortly after a swim. (Photo by John Anderson)

Only in America: The Texas House committee investigating the Uvalde school shooting was set to release a full video from the shooting on Sunday, according to the committee's chair, Rep. Dustin Burrows (R-Lubbock). But Tuesday, the Austin American-Statesman and KVUE released edited footage (children's screams were removed) from hallway security cameras, which showed police hanging back. The video release goes against the wishes of the Uvalde County district attorney, who had instructed the Department of Public Safety not to provide the video to the committee.

Friends in Low Places: According to the National Weather Service, river flows across the state this summer are hitting record lows, especially if rain does not fall soon. The only Texas rivers with regular water levels – Neches, Sabine, and Trinity Rivers – are in East Texas, where rainfall has been fairly normal, KUT reported.

Mamas Don't Let Your Babies Go Up & Eat Algae: The city of Austin is investigating the possibility of toxic blue-green algae in Barton Creek after a dog died within an hour of swimming at Barking Springs on Sunday. (Tuesday, dozens of dogs swam at Barking Springs, though the city had not announced any further reports of illness or death in dogs.) The city is testing water and algae samples and expects results next week.

Man! I Feel Like a Traitor! Jan. 6 hearings by the Select Committee this week revealed that Donald Trump knew there was no evidence of widespread election fraud in the 2020 election (people close to him told him so repeatedly). Trump also did some crazy things, like trying for the immediate mass seizure of voting machines by the U.S. military.

Guitars, Cadillacs & the Right to Treatment: On Monday, the Biden administration told hospitals that they "must" provide abortion services if the life of the mother is at risk because federal law on emergency treatment trumps state laws that now ban abortive procedures without any exceptions after the Supreme Court decided to overturn Roe v. Wade.

It's a Great Day to Be Alive: Ramiro Gonzales, a death row inmate in Texas, won't be executed this month as planned. An appeals court granted a stay this week based on his claim that his sentence was a product of false testimony. A psychologist had testified that he presented a future danger, but later recanted his testimony and said he no longer believes Gonzales presents a future danger.

All My Exes Have Monkeypox: Monkeypox in Travis County has now reached the level of community spread, meaning those who have been infected with the virus are not all sure how or where they became infected, Austin Public Health announced Wednesday. 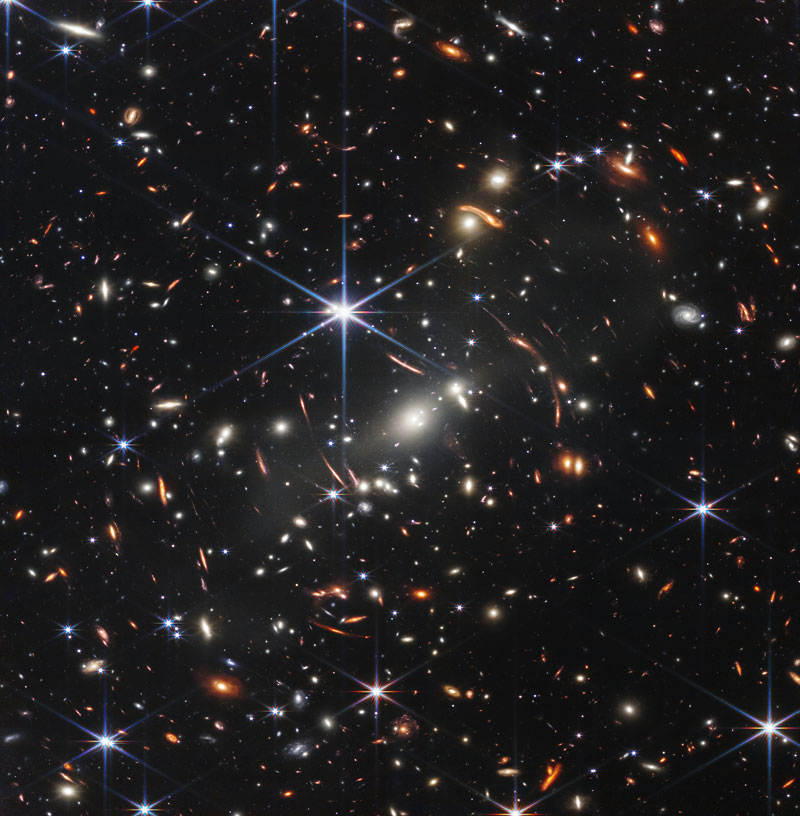