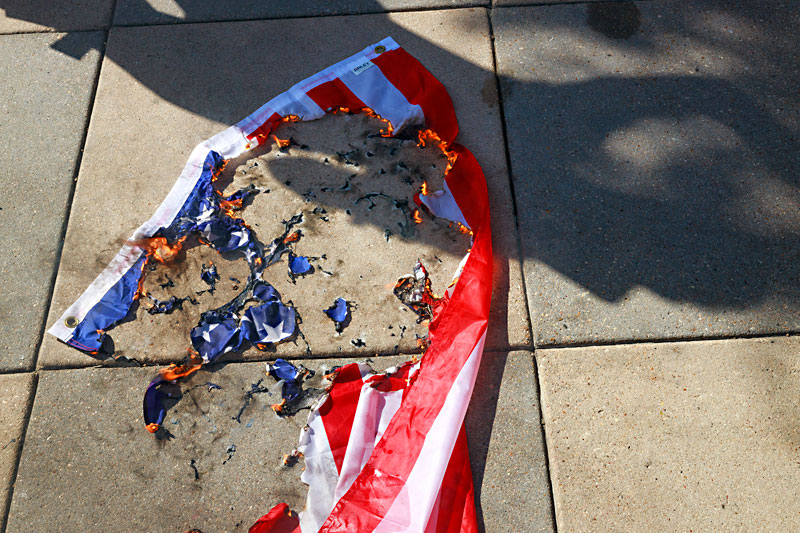 During a Fourth of July protest for abortion rights outside the Capitol, a woman on roller skates lit an American flag on fire to applause. Protesters watched it burn. (Photo by Jana Birchum)

Border Town Abortion: Whole Woman's Health, the largest abortion provider in Texas, shuttered its four clinics in the state this week, but is looking to open a new facility in New Mexico on the Texas border. With the closures, though, founder Amy Hagstrom Miller said they don't have the financial reserves needed to open yet. A GoFundMe for the project can be visited at bit.ly/3OMYfmV.

Home of the Afraid: Five U.S. cities saw stampedes of people fleeing shootings during Fourth of July fireworks shows Monday. In Highland Park, Ill., seven people died and dozens were injured at the hands of a gunman, while in Philadelphia two police officers were hit by bullets but survived. In three cities, Americans on alert were confused by the sound of firecrackers and the hysteria led to people running.

Operation Violate Your Civil Rights: Emails obtained by ProPublica and The Texas Tribune revealed that the U.S. Department of Justice is formally investigating alleged civil rights violations under Operation Lone Star, Gov. Greg Abbott's multibillion-dollar border initiative launched last year. The DOJ did not publicly confirm or detail the investigation, but the Tribune had previously reported people being held in jail for months without filed charges.

Monkeypox Business: Austin Public Health is requesting a limited supply of tests and vaccines from federal authorities to address the spread of monkeypox, the Austin Monitor reported. There are 12 confirmed cases in Texas, including one in Travis County.

Remain in Mexico: The U.S. Supreme Court ruled last week that the White House had the right to end the Migrant Protection Protocols, the Trump-era immigration policy dubbed "Remain in Mexico" that forced asylum-seekers to wait there – often without housing – as cases worked through U.S. immigration courts. The 5-4 ruling was a loss for Texas and Missouri, which had argued that rescinding the program was illegal.

Pants on Fire: Texas Attorney General Ken Paxton has asked a judge to dismiss a State Bar of Texas lawsuit accusing him of lying to deceive the U.S. Supreme Court in an attempt to overturn President Joe Biden's victory in the 2020 election, the Statesman reported. 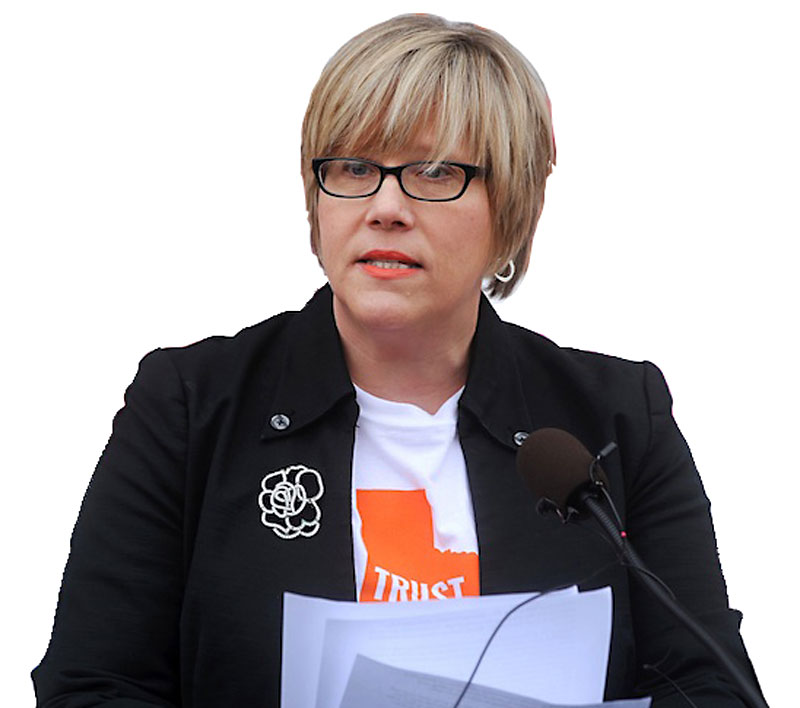 "This happened on our watch in 2022 – an epic backslide of human rights. We can't go around that, we can't gloss over it – we have to go through it. And it is going to change us forever."