No Bottle Rockets on a Too-Dry July 4 Weekend 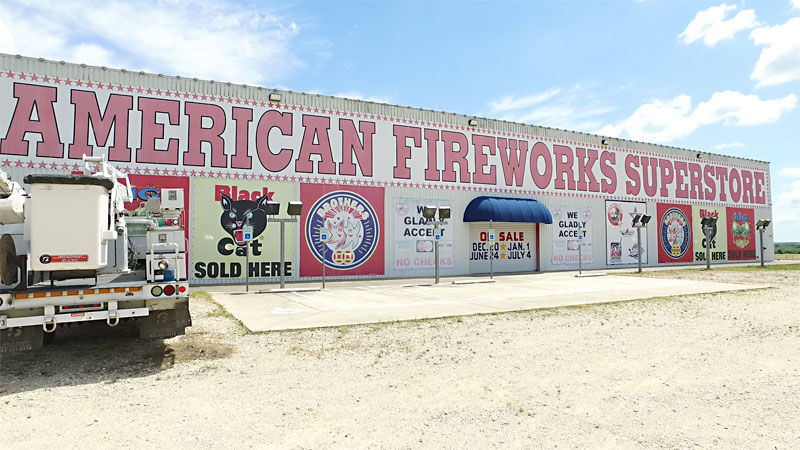 Stick rockets and "missiles with fins or rudders" will not be sold on local fireworks stands during this Independence Day season, due to Travis County's ongoing and worsening drought.

On June 23, Travis County Fire Marshal Tony Callaway and members of the fireworks industry announced that two types of products would not be sold through midnight on Monday, July 4. The joint agreement with American Fireworks, Travis County's largest retailer, and the Texas Pyrotechnics Association comes amid continuous triple-digit days. "Throughout Travis County, the lack of consistent rainfall has pushed fire risk to higher levels than we have seen in recent summers," said Callaway. "This voluntary move by local fireworks retailers to not sell these aerial products is important when we have elevated fire danger."

While the sale and use of all personal fireworks (not including sparklers, smoke bombs, or noisemakers) is not allowed in the city of Austin, Travis County's outdoor burn ban does not (and cannot, under state law) prohibit fireworks. Counties are able to regulate "restricted fireworks" such as stick rockets and missiles under Texas Local Government Code Chapter 352, Subchapter C, which is contingent on drought conditions as measured by the Texas Forestry Service's Keetch-Byram Drought Index. Travis County Public Information Officer Hector Nieto says Travis County would have needed a KBDI average of 575 or higher before June 15 to allow the move. As of June 13, the highest KBDI was 543 and the average was 435, so commissioners' hands were tied during their June 14 meeting.

The responsibility now falls to fireworks retailers, who for the most part are agreeable: "As good stewards in the communities where we operate, we have a responsibility to do the right thing," says Chester Davis, owner of American Fireworks and president of the TPA. But how effective will a voluntary move be by just one retailer to stop selling a few types of fireworks?

"There are three major companies that account for 80% of the locations and an even higher percentage of sales," says American Fireworks spokesperson Russ Rhea. "American Fireworks and the Texas Pyrotechnics Assoc­iation are working with all vendors to achieve 100% compliance." As Nieto notes, "The fire marshal has the ability to enforce any and all applicable laws within Travis County, including our current burn ban and the use of fireworks inside city limits."