APD now investigating the killing at a North Austin motel 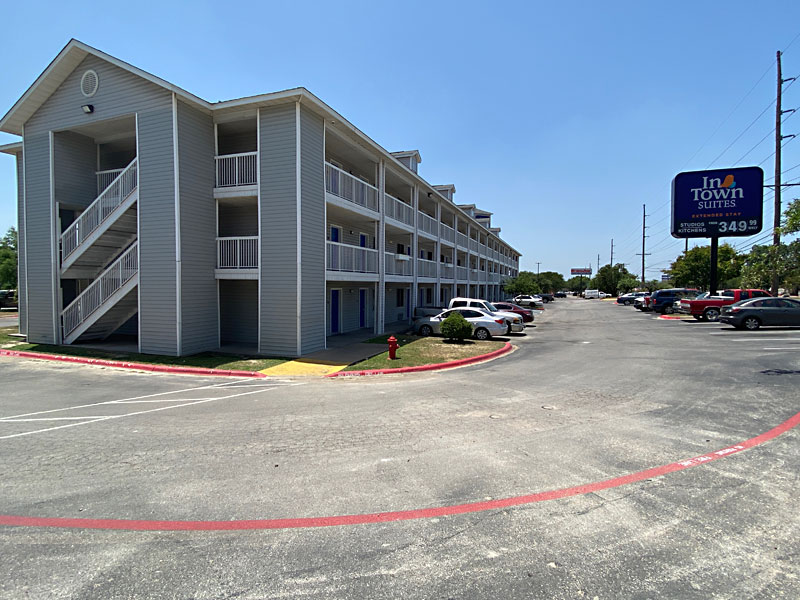 A Leander police officer shot and killed a man at an Austin motel in the early morning hours of Tuesday, June 14, while executing a search warrant as part of a narcotics investigation. The fatal shooting was the first in the Leander Police Department's 44-year history, according to LPD's Lt. Derral Partin.

A Cedar Park police investigation produced the warrant that led to the raid at the InTown Suites, an extended stay hotel located at 9909 N. Lamar. The raid was carried out by the Central Texas Regional SWAT Team, a cross-juridictional collaboration between Leander, Cedar Park, George­town, and Pflugerville police, along with Georgetown and Pflugerville firefighters to provide tactical medical assistance. Partin also said that the June 14 shooting was the first involving the CTRS since the team was formed in 2014.

As of press time neither the victim nor the officer who killed him have been identified publicly, though in a press statement LPD said that the victim was a 34-year-old white man and that the officer had been placed on paid administrative duty, as is standard practice following a police shooting. The Austin Police Department's Special Investigations Unit is carrying out the investigation into the shooting, as it does with shootings involving APD officers. It's unclear to what extent APD participated in planning or conducting the raid; Partin noted that it's common for narcotics investigations to cross jurisdictional boundaries. Two APD officers were on the scene when the warrant was executed.

News of the fatal shooting sparked concern among justice advocates in Austin who feared the raid may have been prompted by a no-knock warrant, a month after Austin voters overwhelmingly approved a ballot measure prohibiting APD from utilizing such warrants. Partin said it was not, and that participating officers would (or should) have announced their presence before entering the suspect's room. The Chronicle asked three guests at the motel about the raid; two were not there at the time and one did not want to talk.

After the shooting, LPD reported that a cache of drugs, cash, and two guns were recovered in the raid, but questions remain: Was the deceased a suspect, or a guest at the hotel, or just a guest of the person renting the room? Partin said that one of the guns recovered was taken by APD as evidence, but would not say if the victim was holding a gun or if either was fired at officers. He did confirm that no officers or other hotel guests were injured during execution of the warrant.

The Chronicle submitted these and other follow-up questions to Partin, who was acting as LPD's spokesperson, but he was unable to answer due to the ongoing APD investigation and directed us to APD, which has not replied as of press time.