Embattled Doctor Prevails Against the Texas Medical Board 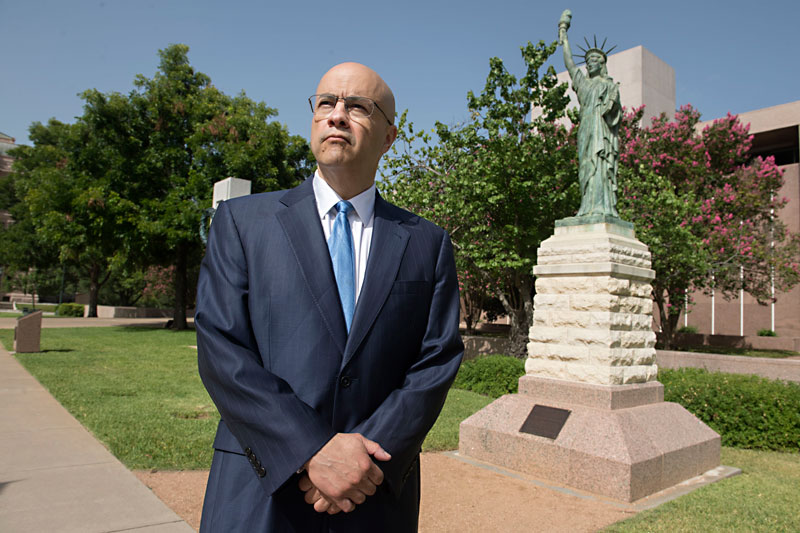 "Justice delayed is not necessarily justice denied, and sometimes the little guy wins."

Dr. Robert Van Boven was reflecting a few days after his victory at the Supreme Court of Texas, which ruled that the Texas Medical Board had indeed acted ultra vires – beyond its authority – when it refused to void (that is, remove) a report to the Nation­al Practitioner Data Bank that Van Boven had been accused by two patients of vaguely sexual "boundary violations" during exams at his Lakeway neurology practice. The TMB refused to remove the report even after it had accepted a ruling by a state administrative law judge (ALJ) that the allegations had not been proven, effectively exonerating the doctor.

The NPDB is a primary resource for medical employers reviewing prospective personnel, so the SCOTX ruling should mean that Van Boven – with an otherwise spotless record through three decades as a dental and then medical practitioner – will have a chance of rebuilding his reputation and his practice. The decision should remove what one justice described as a "scarlet letter" on Van Boven's public record.

Baylor Law professor Ron Beal, who had testified in district court and submitted several amicus briefs in support of Van Boven's case, called the SCOTX decision "a great ending to a very long saga." Indeed, Van Boven had been battling the TMB since 2016, when it first placed restrictions on his practice for the alleged violations. In its 8-1 opinion, written by Chief Justice Nathan Hecht, the court summarized that history and its context, including an ongoing dispute between Van Boven and the administrators of the Lakeway Regional Medical Center where he practiced.

Van Boven had filed several complaints against the LRMC alleging poor or inadequate care. In his opinion, Hecht writes that "Van Boven became a thorn in the side of Lakeway's administration and was viewed as a troublemaker." Van Boven believes the TMB's actions against him have been "surrogate retaliation" for his reports to the Department of State Health Services (which sustained his complaints), as well as retribution by the TMB for his continued defiance.

When the allegations against Van Boven were eventually reviewed in 2017, in a five-day proceeding at the State Office of Admin­istrative Hearings, ALJ Hunter Burk­hal­ter found that TMB staff had failed to prove the allegations and issued a ruling exonerating Van Boven. The TMB accepted that ruling – but issued only a Revision-to-Action Report to the NPDB, although federal regulations appeared to require a Void Report that would remove the original allegations.

In addition to violating state law, its own rules, and federal regulations, the TMB's General Counsel Scott Freshour pressured then-SOAH Chief ALJ Lesli Ginn to take action against Burkhalter, who was forced to resign. His departure sparked an exodus of experienced ALJs from the agency; observers say SOAH has yet to recover, making the appeals process even more difficult for accused licensees before state boards. Tim Weitz, a former TMB general counsel who has since represented doctors before the board, told the Chronicle, "You don't fix experience overnight."

The Texas Medical Board “didn’t like Van Boven, so they used the judicial process to do something they shouldn’t have done.” – David Tuckfield, one of Van Boven’s previous attorneys

So Van Boven sued, and last September, he represented himself before the Supreme Court (something that happens "virtually never," said Beal) and made the case that the TMB had failed in its ministerial duty by refusing to clear his name with the NPDB. Deputy Solicitor General Bill Davis, representing the TMB, argued in vain that Van Boven's only recourse was to appeal the SOAH decision exonerating him; he failed to persuade SCOTX that the TMB was abiding by federal regulations the justices could read for themselves.

The Chronicle's calls to Freshour (also one of the named TMB respondents to Van Boven's lawsuit) and to Davis were not returned. Commented Burkhalter, "I'm glad the Supreme Court got it right, and I'm glad Dr. Van Boven was treated fairly."

Donald "Rocky" Wilcox, vice president and general counsel for the Texas Medical Association (which had also submitted amicus briefs in support of Van Boven), said he was pleased with the court's decision and hopes it might mean that other doctors "might have a shot" when defending themselves against the TMB. "Doctors win maybe 1 in 100" appeals of TMB disciplinary actions, and Wilcox said he hoped that perhaps this SCOTX ruling might eventually be codified in state law. "Of course, the agencies will be lining up to change the law so they'll win the next time."

Also delighted with the outcome was one of Van Boven's previous attorneys, David Tuckfield, who said that when Van Boven first came to him, "I thought he was wrong, because the law is not supposed to work that way. But when I looked into it, I couldn't believe my eyes, and that's why I took the case.

"The TMB didn't like Van Boven," Tuck­field said, "so they used the judicial process to do something they shouldn't have done." Of the SCOTX decision, he said, "Justice was finally done, but it was a long road. The TMB had turned the administrative process on its head, and the Supreme Court fixed it to the way the judicial process should work. … The TMB made this personal, as opposed to just upholding the law. When state agencies start behaving like that, we're in trouble."

The SCOTX decision remands the case back to district court, which will presumably order the TMB to issue a Void Report to the NPDB and assess fees and court costs due to Van Boven. The doctor hopes his case will encourage other providers to speak out when they see wrongdoing – in health care settings, state agencies, or the courts. "I hope my experience can be a way to help improve transparency, and disclosures in health care," Van Boven said, "for patients and their families."

For the full history, see austinchronicle.com/robert-van-boven.

Jazz Fest: A New Orleans Story
Get a stage-side view of one of the great music festivals