No End in Sight to Endless Lines at Austin's Airport 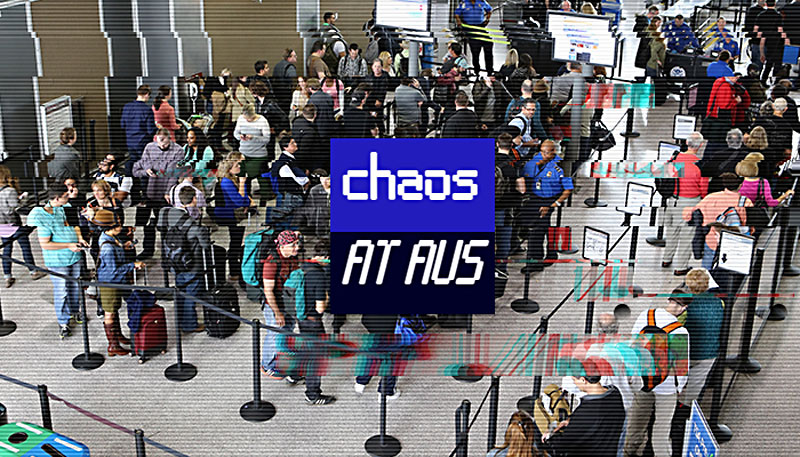 They're not even trying to sugarcoat it anymore: "As Austin-Bergstrom International Airport (AUS) prepares for a record-breaking summer, passengers flying out for Memorial Day Weekend should too," the airport announced in a May 23 press release. "'Plan ahead, arrive early, and pack your patience' is AUS's advice for what the airport expects to be the busiest Memorial Day travel time in the airport's history." This comes after yet more breakdowns at the Transportation Security Administration checkpoints May 14 and 17 led to three-hour waits and backed-up crowds into the not-all-that-spacious landside lobby, then into the roadway. U.S. Rep. Lloyd Doggett, D-Austin, who's been raising hell as a congressman does when a federal agency is creating chaos at home, got his fellow House Approp­ria­tions subcommittee Chair Lucille Roybal-Allard, D-Calif. – he's over Health and Human Services, she's over Homeland Security – to grill TSA Admini­strator David Pekoske on the matter during his agency's budget hearing. They're not just sticking up for Austin travelers' right to fly; Doggett, in a letter to Pekoske, suggested that TSA develop "a specific contingency plan that may require treating passengers for heat stroke if substantial relief is not promptly provided." There are also concerns that the largely unmanaged crowds would themselves be vulnerable to attack by foreign or domestic terrorists or the next mass shooter.

Doggett had learned earlier from Pekoske that TSA doesn't have a contingency plan for addressing its staffing crisis now, although it's asked for 2,500 more positions nationwide in the upcoming fiscal 2023 federal budget, which won't take effect until October. Like other lower-wage employers in Austin – TSA agent positions start at $45,000 per year – the agency is trying to run its front lines with not nearly enough bodies, and it only takes a couple extra people calling in sick to make the whole thing blow up.

We in Austin can relate, but many of the people in those endless lines are not from Austin, and they think it's AUS who should have planned ahead and kept up with growth. This is kinda unfair, since everything got screwed up by COVID-19 – nobody knew how fast air travel would come back once pandemic rules were relaxed, and in Austin's case the answer is "as fast as possible." The latest on the hurry-up-and-grow push at AUS includes the city's pursuing an unusual eminent-domain strategy to force out its own leaseholder at the restored South Terminal, home to Allegiant Air, so it can more quickly build the full-size facility called for in the AUS expansion master plan.