Aleshire Comes Up Short (So Far) in City Redistricting Suit 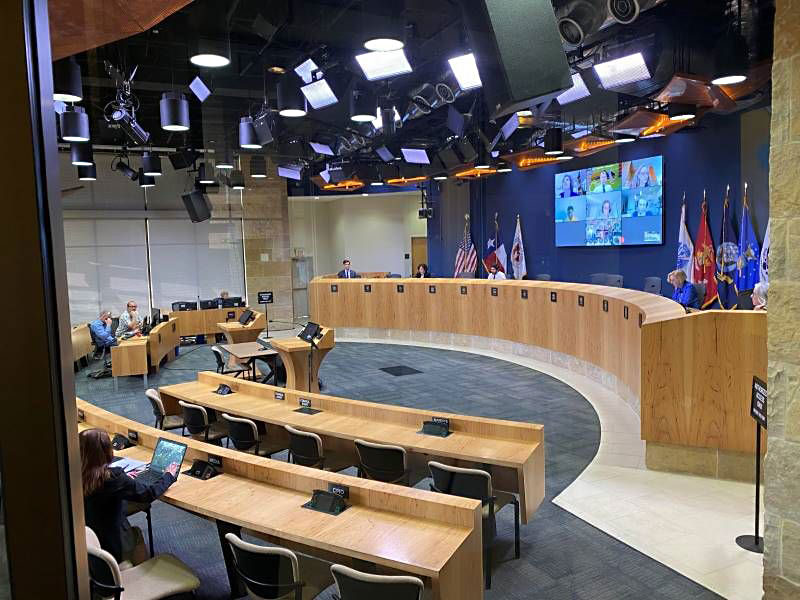 In the lawsuit brought on behalf of certain Austin voters by former Travis County Judge Bill Aleshire over how city coun­cil elections should be handled following redistricting, District Judge Lora Livingston sided with the city in a ruling that will not require November elections in all 10 council districts. The ruling followed a May 12 hearing in which Living­ston appeared to find aspects of arguments from each side persuasive. Ultimately, she granted the city its motion for summary judgment, without providing additional insight into her reasoning. Aleshire simultaneously filed motions for a writ of mandamus (legalese for "stop doing that") at the 3rd Court of Appeals, which also rejected his request, and the Texas Supreme Court, which has not yet weighed in.

Aleshire argued that continuing the staggered election dates for council districts established in 2014, when the first 10-1 district council took office, has effectively disenfranchised thousands of voters who were moved into new districts by the city's Independent Citizens Redistricting Commission when it redrew district boundaries in 2021. The plaintiffs in his case are voters who, under the new map, would go six years without a chance to vote in a council race; other voters cited in Aleshire's filings would get to vote twice in two years for a council member.

The city argued that the ICRC, which is governed by language in the City Charter adopted by voters (along with the 10-1 system) in 2012 and cannot be overruled by Council, carried out its work in accordance with federal and state law governing redistricting. Any movement of plaintiffs in the case from district to district does not revoke their status as "qualified voters" as defined by the Texas Constitution, and their status as qualified voters does not "in and of itself grant them a fundamental right to vote."

"I have deep respect for Judge Livingston," Aleshire said in a statement after the ruling was issued. "I am disappointed that this court does not think the Texas Constitution mandates giving redistricted voters an equal vote on who represents them on the Austin City Council … The only thing worse than denying the 'consent of the governed' by political gerrymandering is outright denying redistricted voters the right to vote on who represents them. One way or the other, through the courts or through legislation, this problem needs to be solved."

A city spokesperson responded to the ruling: "We are pleased with the Judge's ruling that confirms our Charter requirement for staggered terms, originally passed by Austin voters, complies with the law." Aleshire notes that he was not asking the court to deem staggered terms unconstitutional; he recommended they be preserved through a lottery, as is done in the Texas Senate post-redistricting and as was done at the 10-1 council's first meeting in 2014. (Members drew white or black balls that gave them two-year or four-year terms; Districts 2, 4, 6, 7, and 10 got the former.)

Aleshire plans to file a motion for a rehearing in Living­ston's court, arguing that the case should have proceeded to trial. The SCOTEX justices just received the case on May 10 but could issue a ruling soon; they could reject it as the 3CA did, or they could ask the city for a response to Aleshire's petition, meaning they're interested in perhaps solving the problem as Aleshire desires.