May 7 Elections Give Validation to Austin's Values

A taste of Austin politics in the suburbs 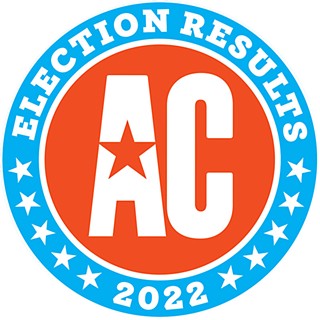 A common campaign theme leading up to last weekend's local elections across Central Texas was that "Austin" itself – its values, its progressive policy stances, its superior quality of life – was on the ballot. In the suburbs, that manifested in far-right challenges to city councilors and school trustees who preferred to focus on the basics of local government. In Leander, conservatives and local leaders asked whether being connected to Austin via Capital Metro was worth the cost in local sales tax. For the most part, these efforts were resoundingly defeated, with the notable exception of Lake Travis ISD, which has a lot of issues going on right now (read more). In Austin itself, voters were asked to take themselves to the polls for no other reason but to make a statement by codifying existing Austin police policies regarding marijuana possession and no-knock search warrants. They did, enthusiastically. So yay! Austin won.

As predicted, the statewide constitutional amendments that were on everyone's ballot, both of which reduced the school property tax burden on different types of homeowners, won going away. There will absolutely be more such measures in your electoral future, given the sticker shock now being faced by every Texas property owner who just received an appraisal. Statehouse candidates from both parties (running in different elections from these, because Texas) all agree that property tax relief is the only thing most voters want to talk about; the state GOP brain trust at the Texas Public Policy Foundation greeted the passage of Propositions 1 and 2 by plumping its own plan to eliminate property taxes entirely by 2033. Yet at the same time, local voters from one corner of the metro area to the other also endorsed measures to tax themselves, or continue to tax themselves, with bond programs and increased funding for emergency services.