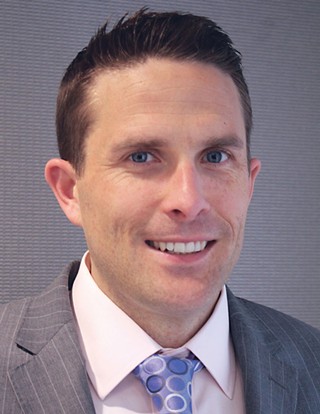 Capital Metro CEO Randy Clarke, who led the transit authority through the development and voter approval of the $10 billion-plus Project Connect transit system plan, announced on Tuesday, May 10, that he'll be leaving Austin later this summer to take the reins of the Washington Metro Area Transit Authority, serving the nation's capital. The D.C. Metro's current CEO, Paul Wiedefeld, will be retiring from the agency June 30.

This move is definitely a professional leveling up for Clarke, selected from among 45 applicants after what WMATA described as "an exhaustive nationwide search, which included important stakeholder and public input." The D.C. Metro's Board Chair Paul Smedberg said, "With the current challenges facing Metro, we knew we needed to find an accomplished and innovative executive who has a track record of effective leadership. It was obvious to the board that Mr. Clarke was clearly the one candidate who most demonstrated his ability to be a transformative, strategic thinker who would redefine how the organization moves forward over the next several decades, ensuring Metro's important role in driving future regional mobility."

The D.C. Metro faces the same challenges as transit authorities across the country – aging infrastructure, service disruptions due to the pandemic, and the resulting shift to telework reducing the ridership of what is ­primarily a heavy-rail commuter system. Because of where it is, though, its issues are magnified in the hot spotlight of national media and congressional attention. "My personal belief is transit is the ultimate opportunity connector for a community, and so we need a society to invest in services that impact people, especially people that need those services the most," Clarke told The Washington Post. "Where there's challenges, there's amazing opportunities."

So where does that leave Cap Metro and Project Connect? While Clarke's move is in one way a validation of the commitment Austin has made to rapidly catch up with 30 years of increased demand and need for transit, at the moment things feel a little tense. It's become clear that, between design changes as the system is refined and the escalating cost of buying land and building anything in Austin, Project Connect will cost even more than the $7.2 billion in "initial investment" that voters endorsed, by agreeing to a dedicated city property tax increase, in November 2020.

Even before he announced his departure from Cap Metro, Clarke had yielded his parallel position as CEO of the Austin Transit Part­ner­ship, the joint venture between the city and the transit authority to manage the Project Connect buildout. So both entities are now in the market for new leadership, which could involve some of those 44 runners-up for the D.C. Metro gig, or could instead involve somebody who's already involved in Project Connect being promoted. The Cap Metro Board will meet later this month to discuss next steps. In a statement, Board Chair (and County Commissioner) Jeff Travillion said, "I'm proud of the work that we've accomplished under Randy's leadership over these last four years. He's brought us together in so many ways, from building the community's trust to secure funding for Project Connect to building trust with our staff that led to improved operations and better relations with our labor union. I'm grateful for his time with us, and our board wishes him great success in our nation's capital."