And other State Representative results 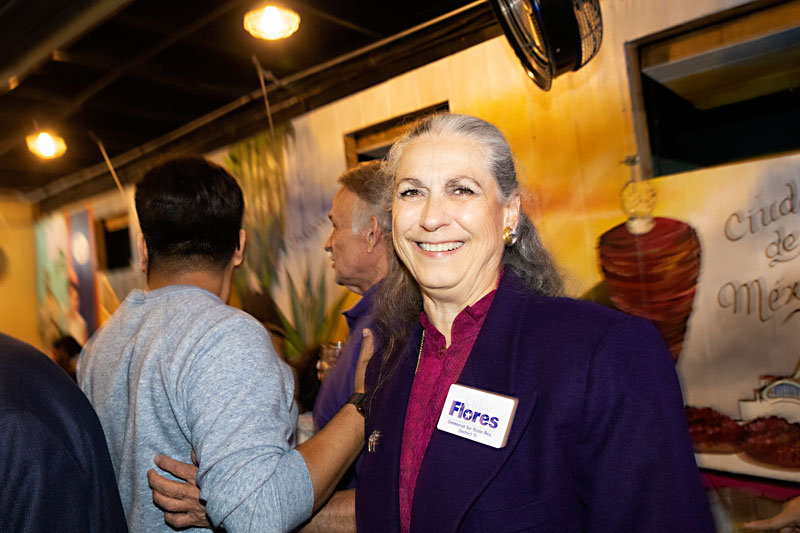 Unlike a lot of open-seat contests for offices such as state rep, the Texas House District 51 primary to replace Eddie Rodriguez (whose attempt to move up to Congress was soundly rebuffed) featured an embarrassment of riches for the voters of the southeast district, which though mostly Latinx stretches well into Anglo Central Austin as far as Rainey Street. Yet Maria Luisa "Lulu" Flores, who nearly beat Rodriguez back in 2002 the last time this seat was vacant, built up two more decades of advocacy and engagement among Travis County's Democratic leaders (especially the women) and won this time in a walk. Del Valle Community Coalition leader Matt Worthington and organizer and Lege staffer Cynthia Valadez-Mata came in well behind and could not force a run-off; nobody else cracked 10%. As may have also been the case in the county commissioner Precinct 4 race that covered many of these same precincts, organizing Del Valle and the Eastern Crescent does not yet deliver enough votes to buoy up candidates from those neighborhoods. Two or four years from now, that may change. 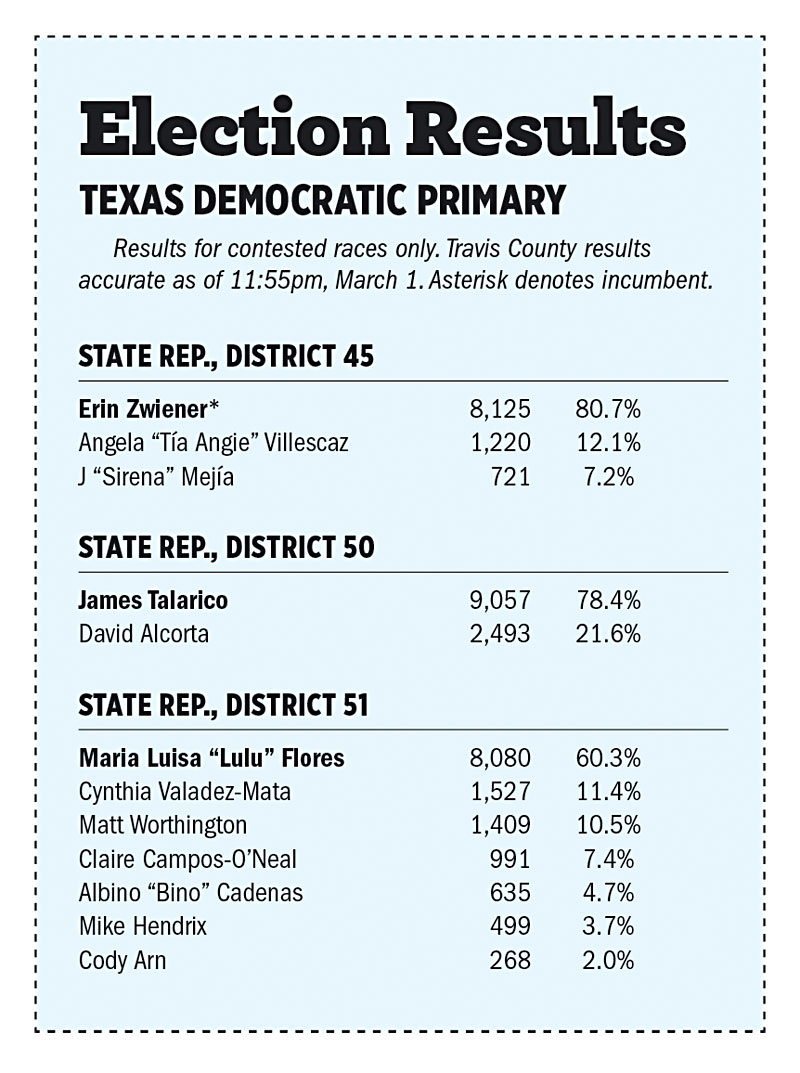 The few other contested Dem primaries for House seats proved to be much ado about nothing, as Reps. Erin Zwiener, D-Driftwood, and James Talarico, D-Wells Branch, easily won in newly drawn districts intended to be safely Democratic. More interesting are the local GOP contests for the districts that got reddened by redistricting. In HD 19, which now includes most of Western Travis County and several Hill Country counties, former Austin City Council Member Ellen Troxclair leads Austin Senior Police Officer Justin Berry into the May run-off; Berry, who came within 1% of unseating Rep. Vikki Goodwin in 2020, was indicted last month on assault charges stemming from the 2020 Black Lives Matter protests at Austin's police headquarters on Eighth Street. South of town, Barron Casteel of New Braunfels (son of a former rep) ­narrowly leads Carrie Isaac of Dripping Springs (wife of a former rep) into the run-off for HD 73, which includes the red-leaning Western Hays communities formerly represented by Zwiener. And to the southeast, in the HD 17 seat being vacated by retiring Rep. John Cyrier, R-Lockhart, former Trump and Rick Perry aide Stan Gerdes narrowly leads Bastrop County Judge Paul Pape into May's second round.