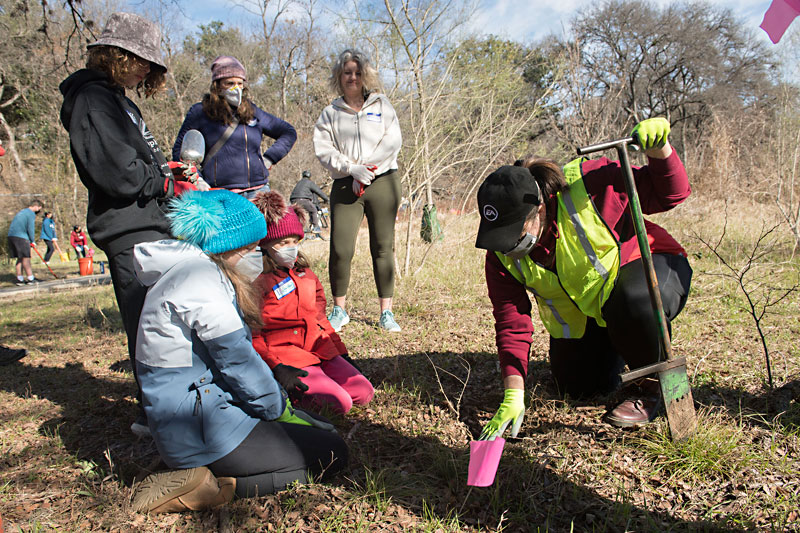 TreeFolks volunteer Selena Hutchins (r) demonstrates how to plant a tree sapling at Pease Park on February 19, 2022, as part of the Ready, Set, Plant! event held by TreeFolks (Photo by John Anderson)

Going, Going, Sold: KVUE and other major Texas TV news stations will operate under new ownership after TV giant TEGNA, spun off from Gannett (now the owners of the daily) a decade ago, sold to a pair of private equity firms in a multibillion-dollar deal. According to The Hollywood Reporter, the Texas investors include Cox Media Group, former owners of the daily.

Confederate No More: City Council voted Thursday, February 17, to initiate the renaming of Confederate Avenue in the Clarksville neighborhood. The road's new namesake will be Maggie Mayes, a Black teacher who founded the first school for the historic Freedomtown in her Clarksville home.

Following Orders: Bill Magness, ex-ERCOT CEO, testified Wednesday, Feb. 23, that he was following the direction of Governor Greg Abbott when he ordered power prices to stay at the maximum price cap during Winter Storm Uri, The Houston Chronicle reported.

No More Fines: Austin Public Library will no longer collect overdue fines after City Council voted to eliminate the fees last week. Council weighed studies finding fines are ineffective in encouraging returns while getting in the way of the library's ability to create equity.

Whistleblowers Keep Whistling: Four whistleblowers who claim that Texas Attorney General Ken Paxton fired them for accusing him of bribery made a public statement (and informed the FBI) that Paxton has been lying about them on the campaign trail.

Clutch Your Pearls: Austin was the nation's second-fastest-growing market for "ultra-luxury" homes in 2021, the Statesman reported. Local sales of homes for over $10 million jumped from two in 2020 to 11 in 2021, for a combined cost of $189 million. 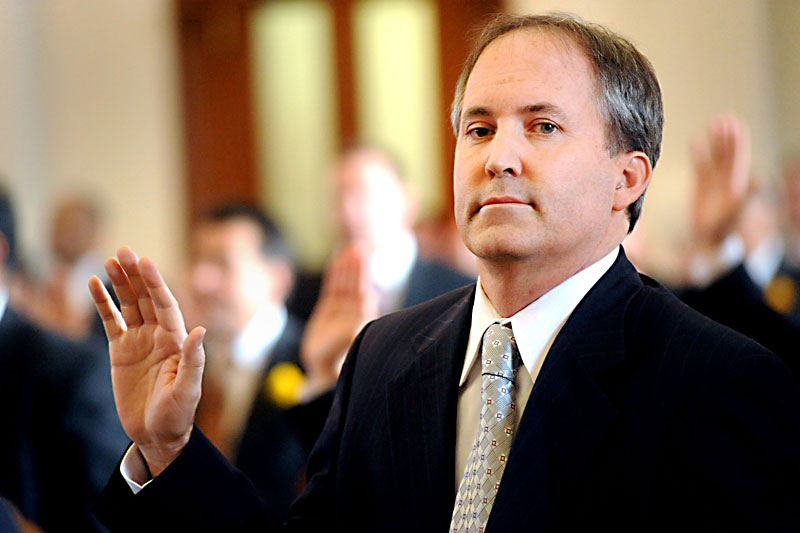 "The most basic qualifications of an attorney general are respect for truth and respect for the law. Ken Paxton has neither."