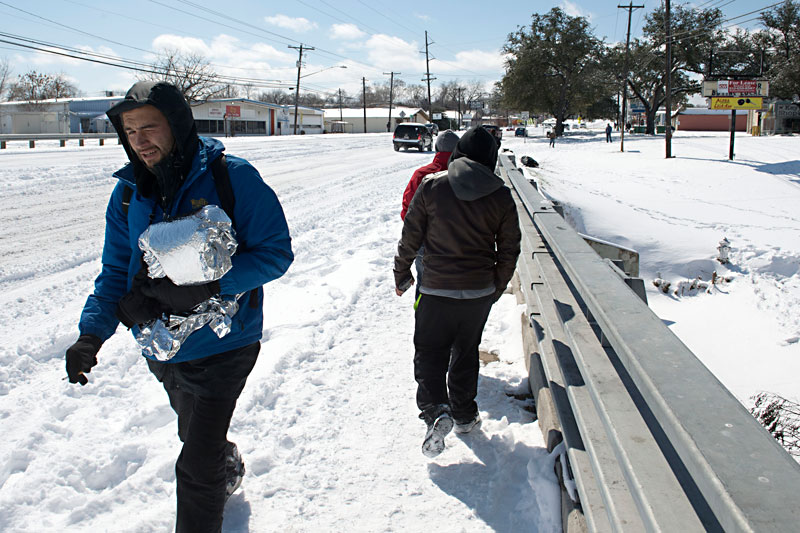 On Wednesday, Jan. 26, the League of Women Voters and state Rep. Gina Hinojosa, D-Austin, hosted the Electric Reliability Council of Texas' interim CEO Brad Jones on a "listening tour" to explain what's being done to prepare the grid for another winter storm. Before fielding questions, Jones opened with describing several measures ERCOT has already taken, including facility inspections of weatherization measures by the Public Utility Commission of Texas and introducing statewide emergency alerts through the Texas Division of Emergency Management.

In response to Gov. Greg Abbott's now­-infamous guarantee that last year's Winter Storm Uri catastrophe won't be repeated, Jones said, "We've done everything possible to make sure that the lights do stay on." On Tuesday, Abbott amended his statement in regards to this week's ice storm: "No one can guarantee there won't be a load shed event."

Power plants had until Dec. 1 to file weatherization reports, and all did except eight, who received fines totaling $7.5 million. But the gas companies that fuel them, despite being the biggest contributors to the blackout (and to Abbott's reelection campaign), didn't have to. Jones hopes that once the state maps out all critical infrastructure in the grid by this Septem­ber, "it will be much easier to track which facilities have to be weatherized to improve our overall reliability."

To attempt to corral gas providers, Jones recommended a gas desk at ERCOT to "advise all operators of any gas limitations, maintenance, forced outages, or supply inadequacy." Meanwhile, the Texas Railroad Com­mis­sion, which regulates the natural gas industry, has required those providers to sign up as critical services whose own electricity won't be shut down during a blackout. ERCOT is prioritizing backup gas resources for generating plants: "If natural gas becomes unavailable, they can switch to the alternate fuel on-site."

One of the main questions from attendees was on equitable load-shedding during a blackout; many emailed asking why Down­town's lights stayed on. Jones responded that Downtown's grid is a sort of mesh structure, which makes it more reliable for those businesses but also precludes Austin Ener­gy from turning off any one feeder. The same is true for critical infrastructure like hospitals, he said: utilities are trying to centralize those lines "so the power goes to the hospital, but those other 100 customers that are on that same line can now help in reducing their load."

Looking to avert crises like Uri in the future, Jones says, "We want to bring in as much solar and wind as we possibly can. The key though, is to make sure we have other resources to balance them." Solar power doesn't work at night without battery storage, which would have to be scaled up to run for several days to get through a weeklong event like Uri. Jones says the ideal backup is "micro-grids": Companies like H-E-B and Wal­mart can use generators to "separate from the grid until ERCOT is safe enough for them to return." Battery energy storage systems (BESS), which use rechargeable batteries to close the gap (or "ramp") of about two hours that it takes to bring dispatchable generation online once solar cuts out, are another part of the solution, Jones says: "We have to make sure that we have other resources available to cover those two hours while we're bringing up slower generation." With BESS, he says, if Austin were to endure the opposite of Uri – a heat dome such as Portland experienced last summer, leading to scores of deaths – solar would get us through.

Overall, Jones says, "We've been bringing on additional reserves to make sure we have an abundance of caution. The best way to say it is that before, operators had gotten comfortable standing at the edge of the cliff and looking down, and now we stand 10 feet back. That's the difference." 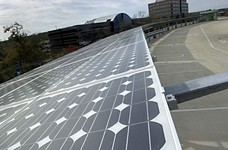