First meeting of 2022, first reading for the Opera House 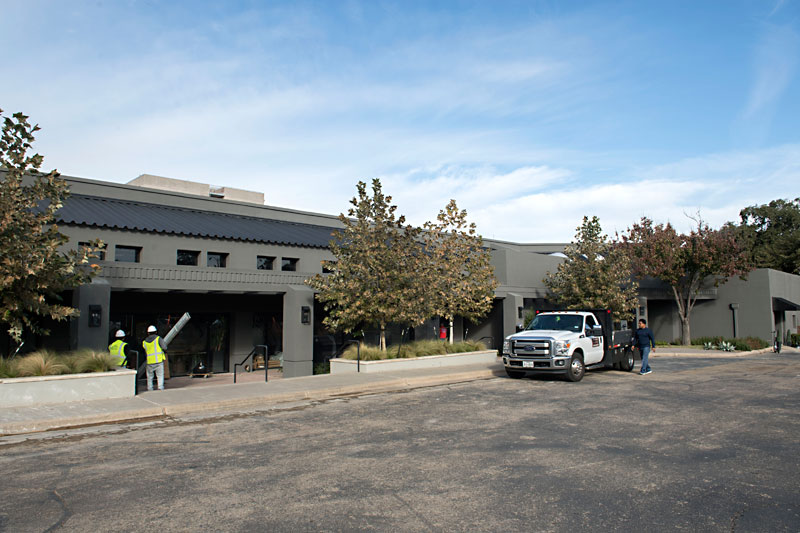 The main event of City Council's Jan. 27 meeting proved to be the city's settlement of the survivors' lawsuit brought as a class action by women whose sexual assaults were so mishandled by local law enforcement, they claimed, as to violate their constitutional rights. (Read more.) Later in the day, Council gave initial approval to the contentious zoning case at 200 Academy Dr. that the Chronicle reported on last month, a project to revive the storied Austin Opera House as well as allowing for new housing, including some income-restricted units, on the property just steps from South Congress.

The base zoning allows this, but owner Chris Wallin and his agent/architect Richard Weiss want to be removed from the Fairview Park Neigh­bor­hood Con­ser­vation Combining District (NCCD), adopted in 1986, which limits the amount of residential density allowed on the site and, in fact, prohibits the existing structure that housed the Opera House, owned and opened as a venue by Willie Nelson in 1977. The South River City Citizens neighborhood association and the Greater South River City neighborhood planning contact team both oppose this, primarily over the plan to restore the Opera House to 17,000 square feet of its former 42,000-sq.-ft. glory. Doing so, Weiss argued, would allow preservation of the structure's original four walls, lobby, and massive 3,000-sq.-ft. stage in a venue that could hold about 1,800 attendees – a stepping-stone size between small clubs and larger venues that they say Austin is lacking. Instead, neighbors want a music venue no bigger than 3,500 sq. ft. – the size of the nearby Continental Club – which they say will limit the crowds, noise, and traffic to acceptable levels.

“The equity involved, the history of the neighborhood, and the type of development that’s been allowed has basically made affordable housing unattainable in Travis Heights.” – Housing consultant Kelly Weiss

The requisite share of nearby landowners – in this case, just five people – having filed a valid petition, Weiss and Wallin will need nine votes rather than six, so a compromise is likely to emerge. On their side are Austin music icons new and old, from Willie himself to Gary Clark Jr. and the owners of Arlyn Studios, which is part of the same complex. The plan also received support from 90% of members of the nonprofit Austin Texas Music­ians who responded to a survey about it.

Arguing for totally removing 200 Academy from the NCCD, Kelly Weiss, the CEO of Community Wheelhouse (and wife of Richard) who is serving as the project's affordable housing consultant, encouraged Council to think "thoughtfully" about how the NCCD restricts housing development for the project. "In this context, it functions as exclusionary zoning," she said. "The equity involved, the history of the neighborhood, and the type of development that's been allowed has basically made affordable housing unattainable in Travis Heights." The plan has received SMART Housing certification from the city and would require 10% of any units built to be price-locked at 80% of Austin's median family income, or $78,100 for a family of four.

An amendment by Council Member Kathie Tovo, whose District 9 includes this stretch of the Southside, would keep 200 Academy in the NCCD as the neighbors wish, but amend it to allow more housing to be built and thus make more affordable units viable. It does not address the question of venue size, however. Richard Weiss told the Chronicle he was encouraged by Council's first-reading approval. "We're going to continue working with D9 and Council for the best possible outcome for everybody," he told us, adding that the proposed venue plan has been vetted by both the Austin Transportation Department and Tovo's own appointee to the Planning Commission. "We want to continue the process of addressing every concern to make the project workable, but we also want to maintain as much of the fabric that made the original venue special." This week marks CM Greg Casar’s final Council meeting before he departs the dais to campaign for Congress full time. (Read more.) He’s bringing a resolution directing city staff to create a Tenants’ Bill of Rights, which we’ll cover in next week’s issue.

A version of this article appeared in print on February 4, 2022 with the headline: Council Comes Back 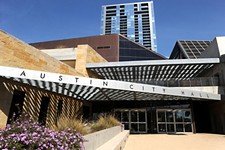