Two Candidates Remain in the Hunt to Lead Austin EMS

Hail to the chiefs 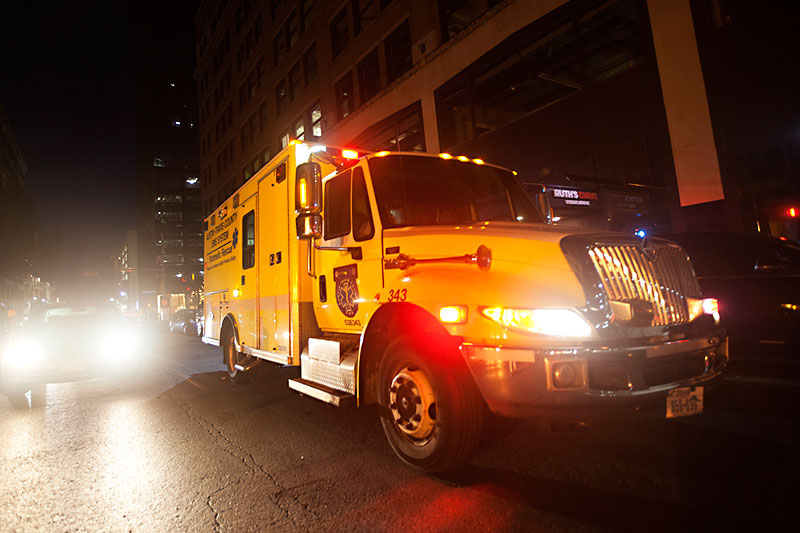 The search for a new chief to lead Austin-Travis County Emergency Medical Ser­vices has narrowed to two candidates. Last week, Assistant City Manager Rey Arellano announced that Jasper Brown, a two-­decade veteran of Austin EMS and currently its interim chief, and Robert Luckritz, a former EMS chief and hospital administrator in New Jersey and New England, have made the short list.

Each candidate has decades of experience with emergency medical services, but their career pathways are quite different. The outside candidate, Luckritz, worked as a medic for a decade at different EMS agencies in the Northeast before joining Jersey City Medical Center in 2012, originally as the hospital's government affairs director. That major regional trauma center also delivers EMS services for Hudson County, N.J., home to more than 700,000 people within 62 urbanized square miles facing New York City – a population density more than 10 times that of Travis County. Luck­ritz became chief of the EMS division in 2013, then moved back into the hospital administration in 2018, then left in 2021 to become chief operating officer at Trans­form­ative Healthcare of New England, a private EMS service that contracts with 13 cities in three states. Transformative describes itself on its website as "an innovator in data-driven emergency medical services, GPS-optimized inter-facility medical transportation, and Mobile Integrated Healthcare."

Brown began his EMS career as a medic in McAllen in the 1990s before joining Austin EMS as a telecommunications specialist (an important job in an agency that relies on radio dispatch) in 1997. He's been working his way up ever since, becoming chief of staff to longtime Chief Ernie Rodriguez, who retired in April 2021; Brown has been interim chief ever since. That career path means he's never worked on an Austin EMS ambulance – a point of contention for Austin EMS medics, who feel their leadership is out of touch with what it's like to work on the front lines, especially in the pandemic conditions of the last two years.

At a town hall with the two candidates, held virtually Jan. 13, Brown said, "I really think the morale issues come from a lack of knowing what's going on." Should he get the chief's job permanently, frustrated medics "will hear directly from me about what's going on ... I think that's one of the key ways to boost morale in the department." Brown cited many ways in which he's tried to improve communication, including town halls with staff as well as emails, videos, and podcasts he's produced to discuss issues important to the workforce.

This hasn't always worked in the ways Brown has intended, however. In one video that gained instant notoriety, the interim chief declared, "If you don't like what I'm doing now, you're not going to like what I'm going to do in the future, because not much is going to change." That's not hard for front-line medics to believe; they see low morale among EMS' overworked and underpaid sworn staff as the product of failed leadership across the board for many years, with Brown right in the middle of it.

“[I will] get out on the streets and get to know people, spend time on the night shift, spend time rotating through the crews, holding town halls and listening to the staff.” – EMS Chief candidate Robert Luckritz

Brown's attempt to deflect that criticism hasn't gone over well at all with many Austin EMS medics, and fear and anger at the prospect of his landing the gig permanently has reached a fever pitch in recent weeks. A post that topped the r/Austin subreddit on Jan. 4, authored by a group of disgruntled medics, one of whom the Chronicle met in person to verify their identity, described the situation at ATCEMS as "FUBAR" and the "result of decades of mismanagement." The thread is filled with comments from current and former ATCEMS medics testifying to the accuracy of the original post.

Here's one of the most recent examples: At an employee town hall on Jan. 13 last week, Brown offered twice the normal hourly base pay to medics for shifts they volunteer to fill between now and mid-April – a form of COVID-19 hazard pay that medics have demanded since the pandemic began. The bonus has boosted morale, but also illustrates how hard and long medics have had to push for what they see as basic employee benefits and protections. Some members of the Austin EMS Association, the union representing the agency's 600 sworn staff, would like to hold a no-confidence vote on Brown's leadership, but have yet to persuade union President Selena Xie to do so.

Luckritz, in contrast, would automatically bring culture change by coming in from the outside, and he has direct experience not only in leading an EMS service but in running ambulance calls as a medic in big cities. (As we previously reported, the EMS chief job posting originally required this experience, which would have rendered Brown ineligible, but was quietly amended during the search process.) At the Jan. 13 town hall, Luckritz committed to "get out on the streets and get to know people, spend time on the night shift, spend time rotating through the crews, holding town halls and listening to the staff."