Election Ticker: Race for Austin's Next Mayor Heats Up

Israel kicks off quest to make history in mayoral race, plus more news On Tuesday morning on the Eastside, in front of the Parque Zaragoza Rec Center, state Rep. Celia Israel officially launched her campaign to be Austin's next mayor. If elected, Israel would be only the second woman to lead the city (after Carole Keeton's tenure 40 years ago), the first woman of color, and the first LGBTQIA mayor in Central Texas. The announcement follows several months of exploration and a local listening tour as Israel eyed the race to succeed term-limited Mayor Steve Adler.

Addressing a small crowd of supporters and media, Israel said her top three priorities are housing affordability, public health and safety, and transportation and mobility. "We are becoming an elitist city where only the wealthy can afford to live," Israel said, alluding to a real estate market in which the median home sale price skyrocketed by about 25% in one year, with median monthly rent increasing by about 22% in the first half of 2021.

"I will support policies that allow for more housing options that will help families live here and that will help seniors age in place," Israel told supporters. This being a campaign launch event, she did not go into detail on how to achieve those aims. The housing issue has been "studied and analyzed" enough, she said, and there are enough areas of agreement for reform – such as on excessive parking requirements or streamlined approval of accessory dwelling units – that changes can be made now.

But Israel also defaulted to a politically appealing stance that is becoming increasingly dubious to many who feel the city's housing shortage is an obvious crisis: Density "should go where density is appropriate." Indeed, she said the very location she chose to launch her campaign was symbolic of a future Austin that honors its roots while growing to accommodate thousands of new residents. "We don't have to sacrifice quality open spaces in order to pursue more and varied housing," Israel said before describing the role Parque Zaragoza has played for Austin's Latinx community. (The park in the Holly neighborhood is surrounded mostly by commercial property and older single-family residences.)

In a brief interview following the event, Israel acknowledged a political reality Adler has come to embrace: The only housing reforms City Council can pass are those that get at least nine votes (the 75% supermajority margin required to change zoning against owners' or neighbors' objections). When asked if this approach could transform policy enough to respond to the affordability crisis, Israel said that voters need to send a strong message that they want to see change, both in how housing is produced and where it can be located.

"My hope is that the voters will send a statement to City Hall that the next mayor and the next Council need to understand the fact that there's real pain happening," Israel told the Chronicle. "I don't get to be the queen of Austin ... but I would love to be able to say as mayor, 'The voters have spoken and we need to move forward because real people are hurting.'" In other words, without enough like-minded Council members supporting bolder housing policy, it won't happen even if she were to push them as mayor.

Israel currently represents Texas House District 50 in Northeast Travis County (some Austin, but also much of Pfluger­ville and some of Manor); first elected in 2014 in a special election to succeed outgoing Rep. Mark Strama, she has been reelected easily three times. (The front-runner to replace her, current Williamson County Rep. James Talarico, worked with Strama and grew up in the Wells Branch section of the district; he's crossed the county line after his Round Rock-anchored HD 52 seat grew much redder in redistricting.)...

Virden Shows Us the Money: Israel is the second official candidate in the November 2022 mayor's race; Jennifer Virden, the Save Austin Now-backed candidate who pushed Alison Alter to a run-off in the 2020 Council elections, is attempting to clear the rightmost lane in the field for herself, although the citywide electorate is much less conservative than West Austin's D10. Still, Virden's not hurting for campaign cash, thanks to $300,000 she loaned her own campaign on Dec. 20, and another $46,000 raised through campaign contributions, according to her campaign finance report filed Jan. 4*. With a $400 limit on contributions in City Hall races, Israel, who is not independently wealthy, has some ground to make up, although she's got a network of potential backers from her Lege races and her stint as head of the Texas House Democratic Campaign Committee (a fundraising job) in 2020. The two other all-but-official candidates in the race, Council Member Kathie Tovo and former mayor and Sen. Kirk Watson, can afford to wait longer to start raising money. Tovo is independently wealthy and can self-finance alongside her base of support in Austin's neighborhoods; Watson has access to a vast network of donors he has built up over a lengthy political career in Texas, with about a 20-year headstart on Israel.

PACking the Hall? Does that mean we can expect independent political action committees to spend on behalf of city candidates such as Israel who cannot self­-finance? Possibly so, especially in light of two new PACs created to play in what's (as expected) a very low-turnout D4 special election (on Jan. 25, early voting underway now; read more). One of these PACs, Voices for District 4, was formed Jan. 4 to support Jade Lovera and oppose the race's front-runner, José "Chito" Vela. A second PAC, People Before Politics, was formed Jan. 6 to support Monica Guzmán; she's emerged as the preferred candidate of neighborhood preservationists but has struggled with fundraising. Neither PAC has had to file financial reports yet (that'll come in the "8-day-out" filings beginning this Friday), but they have to get moving quickly if they aim to keep Vela below 50% and force a run-off. After two days of early voting, 220 people had voted in this race.

Ground Game's First Milestone: The citizen initiative to place measures on an upcoming city ballot (the next eligible date is May 1) to decriminalize possession of small amounts of marijuana and ban the Austin Police Department from using no-knock warrants has been certified by City Clerk Myrna Rios. Ground Game Texas, the organizing effort led by former congressional candidates Mike Siegel and Julie Oliver, submitted around 30,000 signatures in December; they only need 20,000. Versions of each policy have already been incorporated into APD's General Orders, but if the ordinances are adopted, they would become codified and harder to undo.

As with every citizen initiative, Council has 10 days to decide whether to adopt the ordinances outright (as Ground Game would prefer) or send them to the voters. The marijuana ordinance is unlikely to face much pushback, even from the Austin Police Association, but a ban on no-knock warrants is a different story. APA President Ken Casaday tells us he will speak out against that measure, because locally, they are used sparingly and for "violent offenders and people who show a propensity for violence." But criminal justice reform activists want them banned outright, because they can lead to tragic outcomes – like the fatal shooting of Breonna Taylor in Louisville, Ky., which was the result of a poorly executed no-knock raid.

Editor's note: This story has been corrected since publication to fix an error made in editing regarding the date of Virden's personal loan. 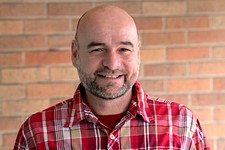