Police union wins a round in contest over oversight 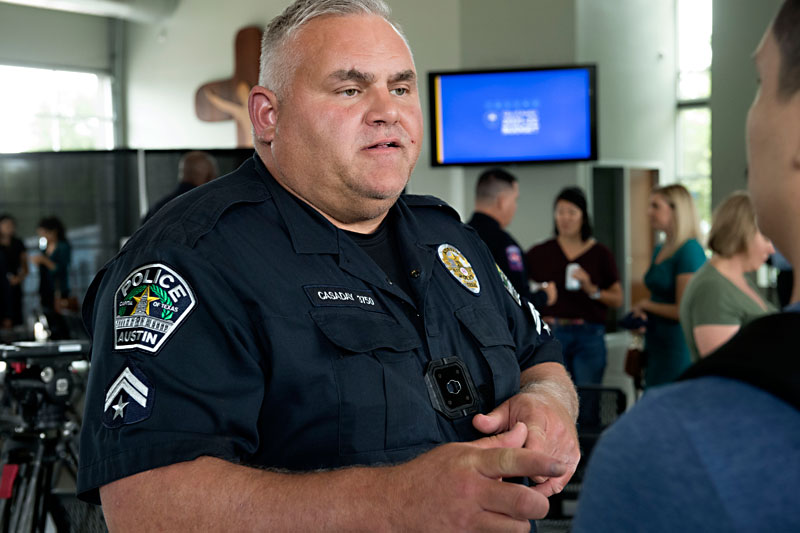 Police oversight efforts in Austin could be badly damaged by a recent decision handed down in a dispute between the city and the Austin Police Association. On Dec. 28, arbitrator Lynne Gomez agreed with a grievance filed by APA, ruling that the city's Office of Police Oversight had illegally investigated complaints against police officers. She ordered OPO to stop doing so.

It took the city's legal department a week to craft a substantive response to the ruling and the statement is still not perfectly illuminating. "[T]he Office of Police Oversight will continue to operate pursuant to the City's authority and the negotiated contract," it reads, referring to the Meet and Confer Agreement negotiated between the city and APA in 2018. "While the City disagrees with some of the arbitrator's factual determinations and conclusions, at the end of the day, the decision was based on a narrow set of specific facts, and does not change the fundamental language and requirements in the negotiated contract, including the requirement for civilian oversight. As the City analyzes the case and its next steps, the parties will continue to operate under the terms of the contract, and will comply with the requirements outlined in the arbitration decision."

Notably, the statement does not say whether the city plans to appeal the ruling. And despite its reassuring interpretation, if the city does not do so, or does but loses in court, much of the routine work done by OPO over the last three years will come to an end. "It's very bad for the OPO," said justice advocate Kathy Mitchell of Just Liberty. "This arbitrator ruled in some places nonsensically, but if it's allowed to stand it will essentially defang our civilian oversight system."

APA filed its grievance in July 2020, charging that OPO was violating the terms of the current Meet and Confer Agreement, which was designed to increase transparency and accountability at APD by strengthening the power of OPO, making it easier for citizens to evaluate complaints of police misconduct. In addition to the complaints themselves, OPO was allowed to collect the identities of complainants and witnesses, the times and places where incidents occurred, and the police officers involved.

What OPO was not allowed to do, according to the contract, was actually investigate the complaints; that function was reserved for APD's Internal Affairs Division. A gray area exists, however, between the collection of a complaint and its delivery to IA, and this is where the dispute between APA and OPO originated. OPO does not automatically send every complaint it receives to IA; the office first considers which complaints merit investigation. For example, during the 2020 Black Lives Matter protests, OPO received over a thousand complaints, but ultimately sent less than 300 to IA. This decision-making process is described by the city as "preliminary review," which also includes gathering additional information from complainants and witnesses.

The problem is that by the terms of Article 16 (addressing civilian oversight) of the Meet and Confer Agreement, which has the force of state law, OPO is not allowed to "gather evidence, contact or interview witnesses, or otherwise independently investigate a complaint of misconduct by an Officer." APA claims that what the city calls "preliminary review" is actually "investigation" and forbidden by Article 16. Mitchell and others counter that terms like "investigation" and "evidence" are not defined in the contract and that Gomez ignored complex issues in her ruling about the city's authority over its own police department.

“[Body-cam] video, as far as I’m concerned, is data, just like every other bit of digital information, and [OPO] should be able to see it.” – Kathy Mitchell of Just Liberty

The case of APD Officer Michael Hewitt illustrates some of the issues at hand. As laid out in APA's grievance, on the evening of Oct. 9, 2019, Hewitt issued a trespassing citation to a Black person he had observed sitting in a car at a convenience store gas pump without buying gas. Soon afterward, he encountered a white person loitering in a car near the air pump, but did not issue a trespassing citation when he learned that he was an Uber driver waiting for his next ride. OPO subsequently received a complaint about Hewitt, presumably from the person cited; its Notice of Formal Complaint to APD relayed that "Complainant, [redacted], alleges that an Austin police officer harassed him."

To correctly understand the complaint, an OPO attorney watched footage from Hewitt's body-worn camera, as has been its standard practice since 2019. OPO then recommended that IA investigate, which it did, clearing the officer. In her ruling, Gomez referred to the wording of the Notice of Formal Complaint in Hewitt's case, writing, "The evidence reflected – with regard to Officer Hewitt's situation at least – that OPO had to have performed some kind of initial 'investigation' because it subsequently identified a number of alleged policy violations based solely on a complainant reporting only that he had been harassed by a police officer." The arbitrator also ruled that OPO is forbidden from contacting any witnesses or following up with complainants for clarification or updates.

Mitchell argues, however, that the body-worn camera video examined by OPO belongs to the city and City Manager Spencer Cronk has the authority to share it with OPO. "Camera video, as far as I'm concerned, is data, just like every other bit of digital information, and [OPO] should be able to see it," she said. "And it's ridiculous that that is something that is suddenly preempted by this arbitrator's poorly thought-out and underinformed decision."

That decision increases the stakes for the next Meet and Confer Agreement, scheduled to be hashed out this fall. In comments to the Chronicle, APA President Ken Casaday noted that he is already in talks with union members about the upcoming negotiation. Mitchell is gearing up as well and believes that, at a minimum, a new Article 16 should be written to safeguard OPO's authority. An even better alternative in her eyes is to simply remove OPO from the contract altogether and let the city guarantee its rights. "Just take it all out of the contract," she said. "Just stop arguing about it."

A version of this article appeared in print on January 7, 2022 with the headline: Austin Police Association vs. City’s Office of Police Oversight 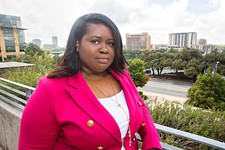 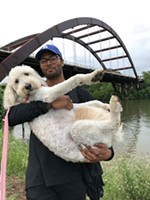