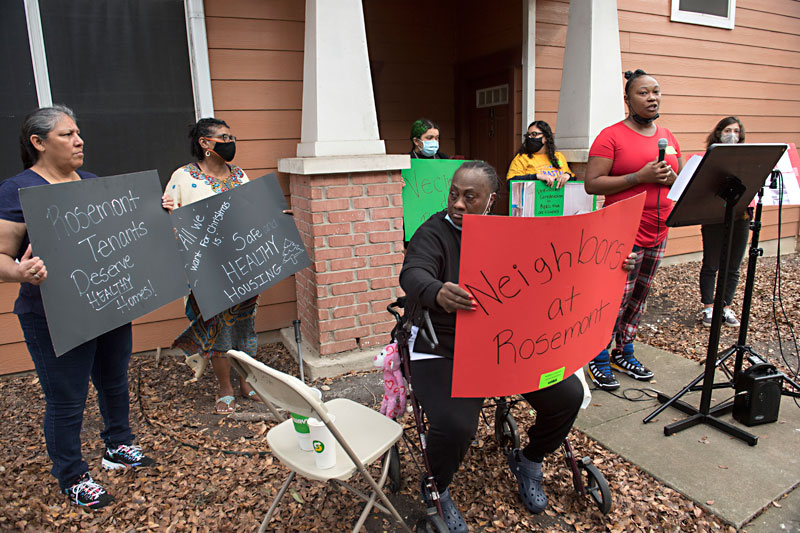 After months of uncertainty and several relocations to Airbnbs for families forced out of their homes by mold and other unsafe conditions at the Rosemont at Oak Valley apartments, last week it seemed there was finally an end in sight. In a press release, the Strategic Housing Finance Corpor­a­tion, owner of Rosemont and an affiliate of the Housing Authority of Travis County, stated that relocated residents began returning to their repaired units Dec. 5: "It has been a long and arduous process," said Patrick Howard, executive vice president of SHFC, "but with the collective efforts of residents, contracted professionals, and Travis County Commissioners Court, we are now able to safely return residents to their homes."

But all is not as fixed as SHFC makes it seem, according to residents and their organizing allies at BASTA (Building and Strengthening Tenant Action), who held a press conference Dec. 15 raising questions about the conditions of renewed leases. Of the 87 families that received eviction notices in July, about half were relocated to Airbnbs; the other half remained at Rose­mont, some living in construction zones.

On Dec. 10, during a walk-through of her unit before coming back, Brittany Garza was unexpectedly handed a document with three choices to sign, in order to receive her keys: 1) "Accept the condition of the unit" as is and move back in, 2) do not accept the condition and terminate the lease, or 3) accept the condition upon completion of additional repairs, but only if "agreed to by the management company or owner."

Garza told the Chronicle she felt forced to sign the document to be able to move back in but was extremely wary of the third option, leaving it up to management's discretion if any additional repairs are needed. "I just felt like they were trying to cover themselves."

“Tenants in Texas have the right to request repairs that are based on safety and health conditions. It’s not something that [SHFC] can decide; they’re required by the law to fix these things.” – BASTA’s Gabby Garcia

BASTA representatives, who commissioned their own mold inspection for Garza's unit and did find elevated moisture and visible mold, question the legality of this paperwork maneuver, as Rosemont tenants never terminated their leases. "They're saying, 'If you do not sign this exact form, then you've abandoned your unit, and we will evict you,' which we think is an illegal lockout," explains BASTA's Shoshana Krieger. Furthermore, it's a move that goes against the Commissioners Court's changes to SHFC's bylaws at the beginning of October to include a Tenants Bill of Rights, which states that SHFC must keep properties in good repair.

Gabby Garcia of BASTA says SHFC has told them it's still determining if the amendments to its bylaws are legal, "basically completely ignoring the directives from the county commissioners at this point ... It's like they're playing chicken. A lot of the tenants who they're doing this to are so tired and just want to go back home, and they're going to give in." She seems to be right, as around 10 tenants have already signed the paperwork to get their keys back, including Garza, who says, "At the end of the day, we want to come home."

But Garcia maintains, "Tenants in Texas have the right to request repairs that are based on safety and health conditions. It's not something that [SHFC] can decide; they're required by the law to fix these things. For the tenants who have been forced or tricked into signing these, we feel there's still an argument to be made that [SHFC is] not allowed to make them sign away that right." 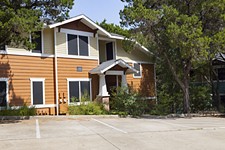 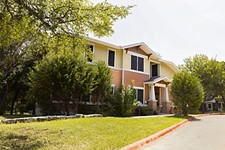