As the Land Development Code languishes in court, City Council looks for other ways change what can be built where 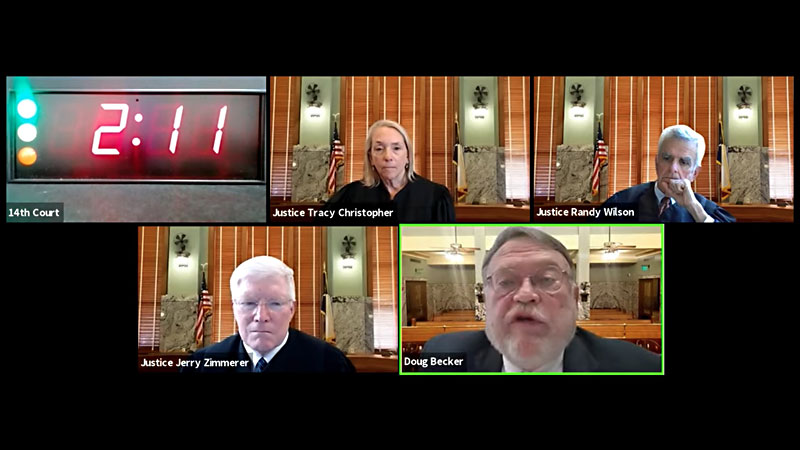 Last week, on Nov. 17, a state appellate court in Houston finally heard the city's appeal of the judgment that 20 months ago brought a halt to the years-long project to rewrite Austin's Land Development Code. In virtual proceedings before a three-judge panel of the 14th Court of Appeals in Houston, attorneys Doug Becker (for the plaintiffs, a group of Austin homeowners) and Jane Webre (representing the city) largely rehearsed the same arguments on which District Judge Jan Soifer had ruled against the city in 2020: Does the city need to allow property owners to protest zoning changes in the revised LDC, as it must under state law with other zoning cases, or is a comprehensive rewrite of the entire city's land use rules different?

Webre argued the latter is true, and that state law does not grant protest rights when a city adopts a brand new zoning ordinance or (as with annexations) applies land use regulations to previously unzoned property. Were this not so, those protest rights would effectively require City Council to approve the new LDC with a supermajority of nine votes, rather than a simple majority of six. As the votes in 2019 and 2020 to adopt the new code on first and second readings split 7-4, Soifer ruled them invalid.

For an individual zoning case, those protest rights can be exercised by the owners of the affected property or by a valid petition signed by the owners of 20% of the property within 200 feet, which would create a logistical nightmare. "The LDC revision considers the entire city all at once," Webre argued, and is thus akin to "broad policy decisions" that lack the "property-specific factors" of zoning cases. "In that way the comprehensive revision of the LDC is like initial zoning ... and the procedures for initial zoning therefore should apply."

Becker argued this was nonsense, as his plaintiffs bought property in residential neighborhoods that are already zoned as such. "Now the city wants to come in and put in high-rise condos ... which is going to essentially change the character of those neighborhoods," Becker said. He did not cite an instance where the LDC revision would in fact do this; its controversial transition zones created "missing middle" housing between single-family neighborhoods and commercial corridors, typically no more than eight units per lot.

While the city wants a legal ruling that will give not only Austin but all Texas cities some guidance going forward, it's unlikely that the current Council, with two fewer pro-LDC stalwarts than before, even has six votes to pick up where the code rewrite left off. A more likely path forward – focusing on piecemeal elements that can gain nine (or 11) votes – is shown by a joint proposal from Mayor Steve Adler and Council Member Alison Alter to allow residential development of properties currently zoned for commercial, retail, or office.

Alter's fellow LDC skeptics Ann Kitchen, Leslie Pool, and Kathie Tovo are all on board with the draft resolution, which would require developers to make at least 10% of housing units affordable at 60% or less of Austin's median family income, and preserves existing compatibility standards for height, setbacks, parking, etc. In 2018, the Planning Commission estimated that a similar code amendment would produce about 46,000 new housing units over 10 years. That's about one third of the total number of new units called for by the city's 2017 Strategic Housing Blueprint, and more than four times the number of units expected from the transition zones.

“We have to focus on where we can get real meaningful change.”- Council Member Alison Alter

With October data from the Austin Board of Realtors continuing to reflect a citywide housing shortage – record high sales prices that are up more than 20% year-over-year, with one month's worth of inventory – are broad policies that can gain nine votes enough? "No, they won't be enough," Adler told the Chronicle, adding that the LDC revision probably wouldn't have been enough by itself either, given the resistance to new housing in old neighborhoods. "I don't know if there's a path to getting more housing [in those neighborhoods] yet," she said. "Previous efforts were not getting nine votes and now we need to only focus on ideas that get nine votes."

Adler and Alter both agree that the city can't wait for the 14CA ruling. "Inaction is problematic and we need to act where we have broad consensus," Alter told us, which she says is true of "a large chunk" of the draft LDC revision. "I would consider this a sensible change," Alter said of her and Adler's proposal. "The problem with proposals like TZs is you had this political problem with very little impact on capacity. We have to focus on where we can get real meaningful change."

The two also agree that new zoning tools allowing more density and relaxed compatibility standards should be created, but not implemented in a citywide code revision. Rather, developers could seek rezoning as they do now – a process that many builders have said is expensive and time consuming, but that neighborhood advocates say allows community members a voice before Coun­cil. These ideas and more will be explored at a Council work session Nov. 30 focused on Austin's housing crisis and potential policy solutions to it; we'll have more reporting on that.