Off to the races with Greg Casar, Eddie Rodriguez, and Jose "Chito" Vela 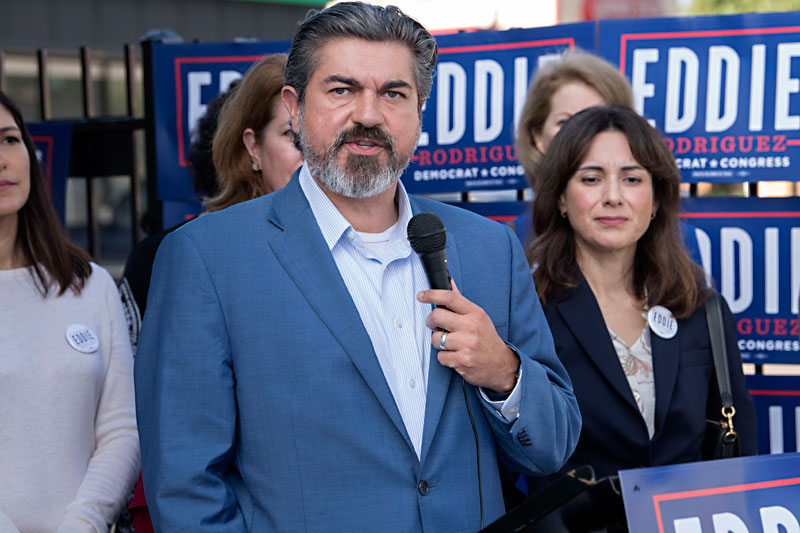 From Austin to San Antonio, the 2022 election cycle has begun with a shuffle of candidates for local, state, and federal offices. Standing in front of the Windsor Park library on Tuesday, Nov. 9, Jose "Chito" Vela announced his entry into the January contest to fill the District 4 Austin City Council seat being vacated by Greg Casar as he mounts a run for Congress.

A Laredo native, Vela arrived at UT-Austin in 1992 and has been in town ever since, building a legal practice focused on criminal defense and immigration. In 2018, he finished first in the three-way primary for Texas House District 46, which ended the long Lege career of Eastside fixture Dawnna Dukes, but then lost a nail-biter run-off to now-Rep. Sheryl Cole (herself a former Austin council member) by 170 votes.

“I’m running for Congress because I want to provide working Texans the economic and educational opportunities that can benefit their families and offer a better future for their kids. I want to stop what Republicans are doing right now.” – State Rep. Eddie Rodriguez

Vela earned his own stripes at City Hall as an outspoken pro-housing member of the Planning Commission, where he served as Casar's appointee from 2015-17. Vela told the Chronicle on Monday, "We need to build more housing, period. We need affordable housing, middle-class housing, condos, and we need apartments." That means finding a way to end the stalemate with neighborhood activists and their allies on Council about whether, where, and how to let the market provide that housing. "We need to have a serious discussion with opponents of the Land Development Code rewrite," Vela said, adding that a "reset of the whole discussion" may be needed to make meaningful progress.

Vela also aims to improve local infrastructure – including delivering the Project Connect transit system on time and on budget – and Austin's resilience to climate catastrophes like Winter Storm Uri. He also ponders retooling the balance of power at City Hall between Austin's mayor, council, and city manager – maybe not quite a "strong mayor" system like the one voters resoundingly rejected in May, but changing city governance so the people, through their elected officials, have more influence over the vast bureaucratic machinery we call "city staff." 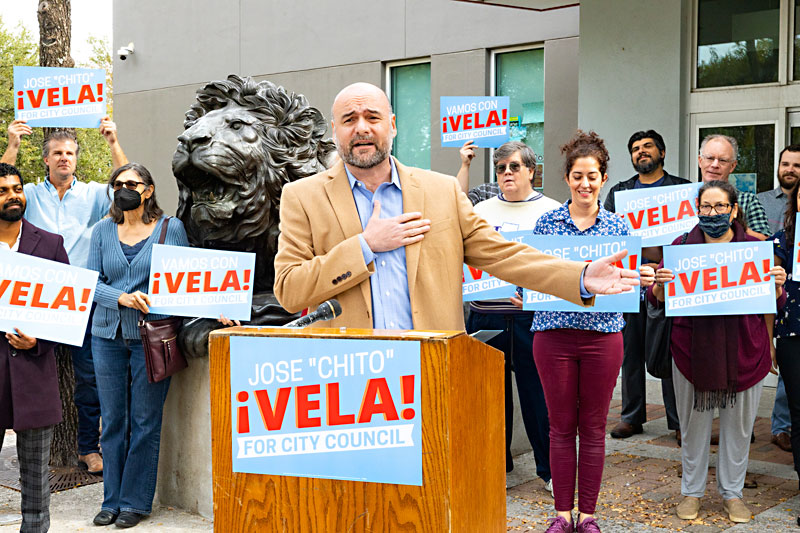 Thus far, Vela has the D4 race to himself, although local GOP chair and Save Austin Now co-founder Matt Mackowiak has teased backing a candidate, as his party did in each of Casar's three races. Vela's backers include state Rep. Celia Israel, who's forgoing reelection as she explores a mayoral bid, along with Mayor Pro Tem Natasha Harper-Madison and Council Member Vanessa Fuentes. Casar says he'll consider endorsing in council and other races after filing for both the D4 special election and the March primaries concludes in December.

Moving Up to Congress

Casar is running for the TX-35 seat being yielded by 14-term U.S. Rep. Lloyd Doggett, who'll instead seek a new term (perhaps his last) in the new TX-37, which packs Central and West Austin Democrats into a safe blue seat where they will not threaten the GOP incumbents who did most of the work drawing the new map. Casar was soon joined by state Rep. Eddie Rodriguez, who made his campaign official on Nov. 10 on the day the Chronicle went to press; both candidates have organized events and named supporters all along the long Austin-San Antonio corridor, from the Alamo to Pflugerville, that Doggett now represents. Lulu Flores, an Austin attorney and longtime Democratic operative, announced Nov. 4 that she would run to succeed Rodriguez in the Texas House; Matt Worthington, vice president of the Del Valle Community Coalition, announced Nov. 8 that he's exploring a run.

Local organizer Claudia Zapata had already announced plans to take on Doggett; although the dynamics of the TX-35 race have now changed, she remains a candidate. Most analysts (and Casar and Rodri­guez) expect the Austin end of the district will outpace the San Antonio end in both fundraising and turnout. If a Bexar County candidate does jump in, it won't be state Rep. Trey Martinez Fischer, a Rodriguez ally who had publicly considered a run before announcing Nov. 9 for reelection to the state House. During that chamber's debate on the new map, Martinez Fischer backed an amendment to add more Bexar voters (and more Hispanic voters) to TX-35, but that effort died on the House floor.

So for now, the likeliest outcome is a May primary run-off between Casar and Rodri­guez. Casar is already campaigning and fundraising on his progressive Council victories – such as paid sick leave (later struck down by the Texas Supreme Court) and passing the historic $300 million affordable housing bond in 2018. He recalled a moment during Winter Storm Uri when he was trudging through the snow to deliver food to neighbors and heard Gov. Greg Abbott on Fox News "blaming the storm on windmills and the Green New Deal." (Vela also cited the February disaster as a key factor in his own decision to run.)

"We're facing off against leadership that believes that," Casar said. "We need to use the power of the federal government to support cities, counties and their communities while we still have terrible leadership in Texas." What if Republicans take control of the U.S. House next November? Casar pointed to freshman Rep. Cori Bush, D-Missouri, as a model; the St. Louis progressive activist staged an overnight protest on the steps of the U.S. Capitol that propelled President Joe Biden to extend a national eviction moratorium. "That didn't take [the] cooperation of centrist elected officials," Casar said, but "a brave member with an organizing background stepping up to corporate power and government intransigence."

On Wednesday, Rodriguez formally launched his run outside of Joe's Bakery in East Austin, near his own home in the Lege district he's served since 2002, with visible support from his fellow members – Reps. Israel, Cole, Donna Howard, Gina Hino­josa, and Vikki Goodwin. Rodriguez is positioning himself as a seasoned veteran with a "stellar career providing progressive leadership and delivering solutions for Texas families," in the words of his campaign announcement. "I'm running for Congress because I want to provide working Texans the economic and educational opportunities that can benefit their families and offer a better future for their kids," he said. "I want to stop what Republicans are doing right now."

Council is set to vote Nov. 18 to approve plans for a Jan. 25 special election in D4, with a Dec. 16 filing deadline – three days after filing ends for the March primaries, assuming the current 2022 election calendar isn't upended by the multiple lawsuits filed against the state's maps. The city's new 10-1 map, certified last month, will not be used until next summer's filing for the November 2022 Council races; it adds several thousand new residents to D4 based on 2020 census data, but the special will be held using the current boundaries, and the winner will serve until the 2024 cycle. 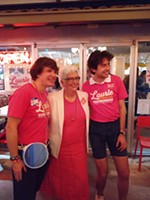 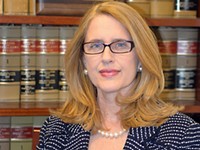 Judge vs. Judge in the 419th District Court Primary
This time it's personal