Austin Energy Gives Up on Fayette Plan, But Not on Climate Goals 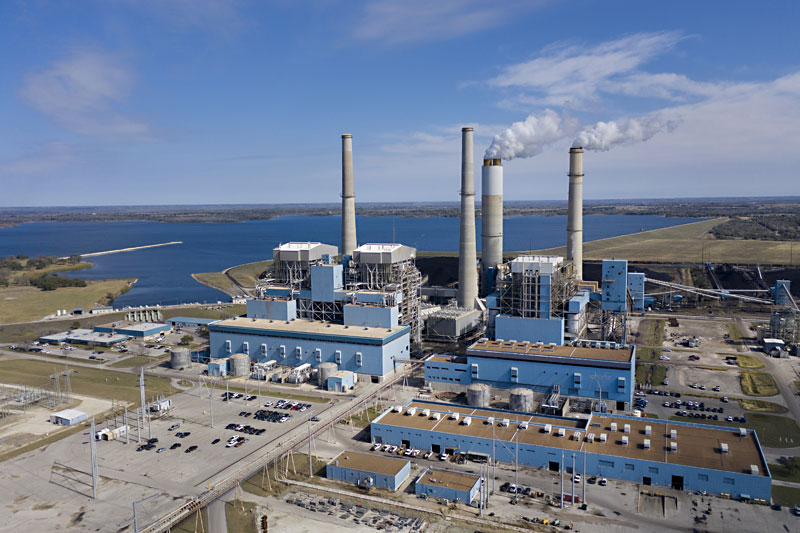 Earlier this fall, City Council adopted a new Climate Equity Plan that accelerated the city's pace to shrink its carbon footprint, setting Austin on course to reach net-zero emissions in 2040, a decade earlier than had been forecast. But that ambitious effort was dealt a sobering blow last week, when Austin Energy announced it would be unable to "affordably" retire its share of the coal burning Fayette Power Project near La Grange by 2022.

The city's ratepayer-owned utility was unable to reach an agreement with the Lower Colorado River Authority, the state agency that co-owns and operates the plant, for reasons that remain confidential, which the state allows for "competitive" information about public utility operations. "We just simply couldn't agree on terms that worked for both parties," said Pat Sweeney, vice president of power production for Austin Energy, declining to define what those terms were. Meanwhile, Council Member (and congressional candidate) Greg Casar had a more damning take in a November 2 tweet: "Unfortunately, the LCRA ... continues to seek plant closure terms that are unreasonable and prohibitive. ... LCRA has, in essence, gone out of its way to try to block the closure of Fayette."

Austin Energy's commitment to not just divest (to another owner) but to retire permanently its generating capacity at Fayette by next year was an essential benchmark in the utility's 2030 Resource Plan, which itself shaped the goals of the Climate Equity Plan. According to the latter plan, the Fayette closure was expected to produce a "projected 34% annual reduction in greenhouse gas emissions by 2030 as the carbon intensity of Austin Energy's electricity generation decreases." The utility has worked for 20 years or so to decarbonize its power generation through investing in renewables, conservation, and more efficient natural gas plants; as a result, the Fayette plant comprises 80% of AE's emissions, even though it accounts for only 15% of its total generating capacity. Luke Metzger of Environment Texas said, "Unless we just see [AE] completely ramp up offset strategies, we definitely couldn't hit the zero goal with us still invested in it."

“We didn’t think it was very useful to keep pretending we were moving forward [with LCRA] ... That plant is not getting any younger. It will retire at some point.”– Pat Sweeney, Austin Energy VP of Power Production

Whatever the specifics of the stalemate between AE and LCRA, it does not appear it will be resolved very quickly, if at all, hence AE's announcement that it's moving on to focus on alternative carbon-reduction strategies. Confidentiality aside, Metzger still has questions. For AE to pull out of Fayette, Metzger asked, "What [cost] is considered prohibitive, especially if we securitize the cost and spread it out over the course of 25 years or something? Is that something that we could manage? Or was there some other problem, recognizing that LCRA's board is appointed by the governor, who is not a fan of climate action [or] bold renewable energy goals? It certainly would seem that LCRA isn't negotiating from the same urgency to act on climate that the city is." The river authority, which produces and sells wholesale power to dozens of Central Texas cities and retail electricity co-ops, controls nearly twice as much of Fayette's output as does AE, and has only a fraction of the city utility's renewable capacity (even counting the rarely used hydroelectric plants in the six Highland Lakes dams that it controls). Metzger notes that LCRA has backed out of renewable contracts in the past and speculates that they "don't have much of an interest in diversifying, it seems."

As Metzger suggests, AE's Plan B involves ramping up offset strategies, such as the REACH (Reduce Emissions Afford­ably for Climate Health) Program, which factors in the cost of carbon to electricity coming from coal plants, incentivizing customers to choose renewables. Already delivering promising results, REACH "is expected to reduce carbon emissions by 8% each year, while maintaining the flexibility to protect our customers' rates in periods of high prices," according to AE's 2030 plan. Metzger described REACH as a "good interim strategy to reduce the output of the plant as much as we can until we completely quit it – but it certainly doesn't replace the need to just get off of it entirely."

Sweeney maintains that the 2030 goal hasn't changed, and that "while it does not appear that we're going to get the Fayette-specific part by next year, that doesn't take away the possibility that it could still happen by 2030." Sweeney said AE made the decision to alert the public because "we didn't think it was very useful to keep pretending we were moving forward ... and we need to plan for the next operating year. Obviously, if the plant is not operating, that can make a big difference." He added that all plants have a natural expiration date: "That plant is not getting any younger. It will retire at some point." In addition to evaluating potential expansions to the REACH program, AE will wait to retire all gas-fired units at its oldest plant, Decker Creek Power Station – originally slated to close after this summer – until March 2022, extending for three months to "take us through the winter," said Sweeney.

Despite the lack of a new timeline for withdrawing from Fayette, Sweeney insists that "the door is open" for continued negotiations with LCRA. "It's an ongoing thing, and they know that our goal is still there."

Mayor Apologizes for Lack of Communication as 120,000 Austinites Are Still Without Power
Austin Energy "cautiously optimistic" about power restorations