Audit: Uri Was Bad, City Made It Worse 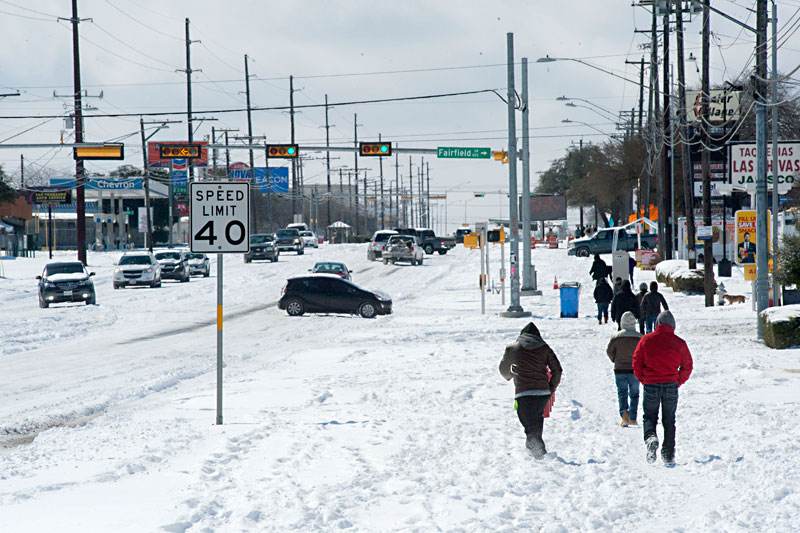 Austinites walk through the aftermath of Winter Storm Uri on Feb. 15 (Photo by John Anderson)

"The city was unprepared to respond to Winter Storm Uri largely because the city did not adequately anticipate or plan for a widespread or severe winter storm." That's the verdict of the Office of the City Auditor, whose report on the city's disaster response to the unprecedented February freeze and blackout was published Monday, Nov. 8. "While the storm was exceptionally severe," the report reads, "the city's lack of preparedness for Uri led to a less effective and disorganized response."

The main findings in the report focus on the shortcomings of City Hall's disaster readiness planning and funding, which failed to heed recommendations made in the decade since prior winter storms highlighted the potential for failures on the Texas power grid and of Austin's utility systems. The report is also critical of how the city responded as Uri hit with full force – after weeks of warnings – on Valentine's Day. Those early communications did not clearly signal the severity of the threat posed, and did not reach enough people, particularly the most vulnerable; neither the planning nor the execution of Austin's disaster response were, in the auditor's estimation, sufficiently equity-focused.

In practice, this meant the disruption of Austin Energy and Austin Water service for large portions of the city, persisting for days after temperatures returned to normal. The city lacked generators, tire chains, and other supplies its own personnel needed to do their jobs and help other Austinites, nor did it have adequately prepared shelters for people without homes and for those whose homes were uninhabitable. The ongoing COVID-19 pandemic only exacerbated these problems, but none of the city's disaster response plans accounted for the possibility of a storm as intense, prolonged, and destructive as Uri.

Neither did the warnings and guidance issued to residents, which did not convey the urgency of the threat until it was too late for residents to respond. Many of these initial messages were only sent in English, despite the city's Language Access Policy requiring that public alerts be issued in Spanish, and that "reasonable efforts" be made to accommodate other languages. The first English alert was sent on Feb. 11, but the first Spanish alert was not sent until Feb. 15 – the day that Austin Energy was ordered by state regulators to "shed load" and shut down power for nearly 40% of its customers, left in the dark and cold and without safe drinking water for days.

These failures by the city increased the deep impact of the storm on Austin and Travis County. Officially, 28 county residents – two-thirds of whom were 60 and older – lost their lives as a result of the storm, the second-highest death toll (after Harris County) in the state. In City Hall's response to the report, Homeland Security and Emergency Management Director Juan Ortiz wrote that disaster preparedness includes addressing Austin's underlying inequities. "While a disaster response can provide some temporary relief to preexisting community conditions," he wrote, "it is an unrealistic expectation that it will conclusively and permanently resolve long standing equity and economic disparity within the response period."

As we go to press Wednesday, Nov. 10, the Council Audit and Finance Committee is meeting to discuss the report – and what actions City Manager Spencer Cronk needs to take to mitigate the inevitable next weather disaster. "When we have conversations about what we can do better, that is not to discount the very heroic efforts staff took during that storm," Council Member Alison Alter said. "But, we do owe it to our employees and our citizens to examine what happened and where we took missteps and how we can move forward better."

A version of this article appeared in print on November 12, 2021 with the headline: Audit: Winter Storm Uri Was Bad, City Made It Worse 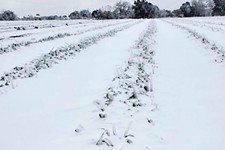