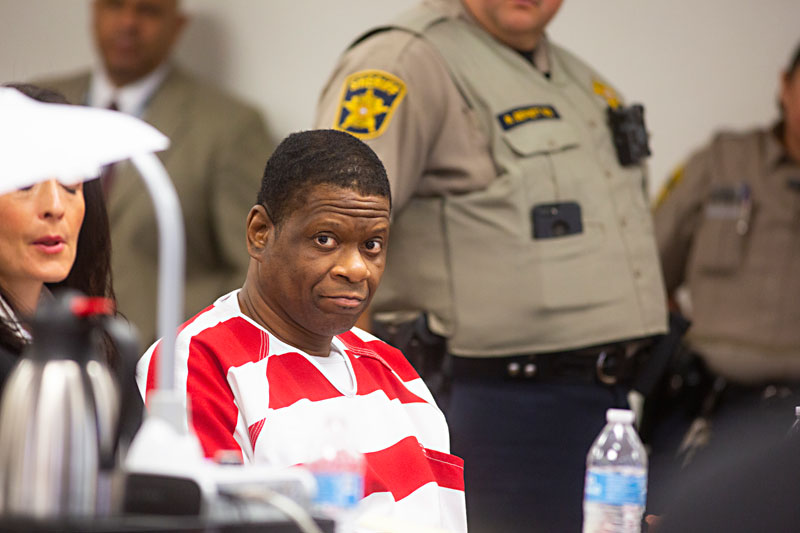 Rodney Reed's family and supporters suffered a critical disappointment on Monday, Nov. 1, when the judge appointed to reexamine his case decided against recommending a new trial. Jimmy Don "J.D." Langley, who served 30 years as a judge in Brazos County before retiring in 2014, wrote in his recommendation that he had considered the long record of the case and the testimony of the defense's many new witnesses: "The court was able to observe witnesses and assess their credibility concerning [Reed's] claims," Langley wrote. "The Court recommends that all relief sought by the Applicant be denied."

The case has been cast as an example of modern-day Jim Crow jurisprudence. Reed, who is Black, was convicted and sentenced to death by an all-white jury in 1998 for the rape and murder of 19-year-old Stacey Stites, a white woman whose body was dumped outside Bastrop two years earlier. The only thing connecting Reed to the murder was his semen, found inside Stites' body. He explained its presence by saying that he and Stites had been having a secret affair and suggested that the real killer was her fiancé, Giddings Police Officer Jimmy Fennell.

Reed was almost executed in Nov. 2019 before testimony from new witnesses generated a groundswell of support for his cause. Kim Kardashian, Oprah Winfrey, and other celebrities joined dozens of Democratic and Republican officeholders to ask Gov. Greg Abbott to put the execution on hold. Ultimately, the Texas Court of Criminal Appeals stepped in, ordering a hearing to examine the new evidence.

That hearing played out July 19-30 with 18 previously unheard witnesses taking the stand. They undermined the state's theory of the murder, supported Reed's claim of an affair, and painted Fennell as a violent racist who had threatened to kill Stites and later boasted of doing so. During the hearing, Reed's supporters expressed measured optimism regarding Langley, as the judge consistently ruled in favor of allowing more testimony into the court record. But in his recommendation to the CCA, Langley methodically dismisses the credibility of the defense witnesses, who were found eminently believable by many in the courtroom.

Langley deems former police Officers Jim Clampit and Charles Wayne Fletcher, who testified to Fennell's outbursts of suspicion and rage, as unbelievable because they did not report what they heard back in 1998. He disbelieves Arthur Snow and Michael Bordelon, whose detailed accounts of Fennell's confession to Stites' murder riveted observers. (The two men, former prisoners, served time alongside Fennell after his conviction for sexually assaulting a woman in his custody.) Langley also disbelieves Ruby Volek, a proper rural Texan who testified that she heard Fennell graphically threaten Stites. Meanwhile, Langley endorses the truthfulness of Fennell himself, whose testimony amounted to calling all of the defense witnesses liars.

Reed's family has not issued a statement since Langley's recommendation, which is, after all, just a recommendation; the CCA can still decide to order a new trial, though it seems unlikely to do so. Jane Pucher, one of Reed's attorneys, is eager to fight on. "We look forward to presenting Mr. Reed's case to the Court of Criminal Appeals," she said. "If a new jury heard the overwhelming evidence of Rodney Reed's innocence, it would have reasonable doubts."