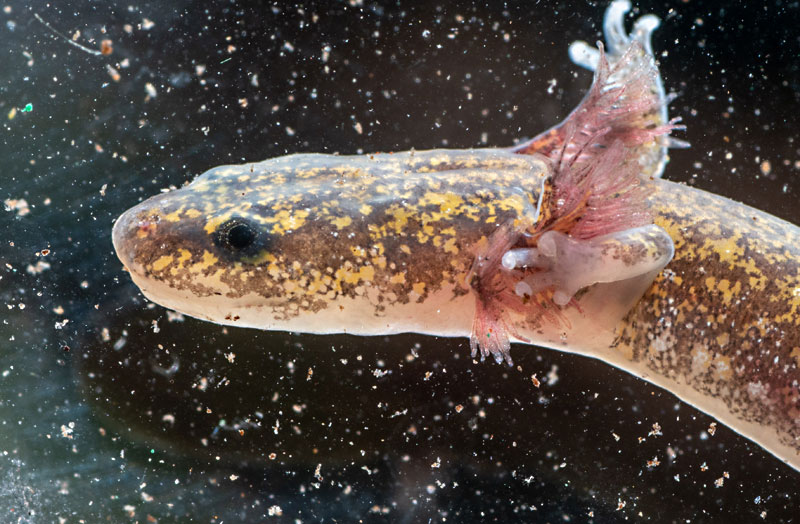 Austin's Save Our Springs Alliance and a group of environmental scientists have filed a petition with the U.S. Fish and Wildlife Service to list the Pedernales River springs salamander as "endangered" or "threatened" under the federal Endangered Species Act. The action is a direct response to the planned 1,400-acre Mirasol Springs development along Hamilton Pool Road and the Pedernales River that encompasses the amphibious species' already ­delicate habitat near Dripping Springs' Hamilton Pool Preserve.

Sprawling across the Hays and Travis county lines, the so-called "conservation-scale" development has plans to include a poultry coop, a luxury Auberge hotel, a 15-acre farm, residential homesites, and a proposed UT-Austin field station for biodiversity research.

Considering the Pedernales salamander's small, fragile habitat, Bill Bunch of SOS said the development could pose problems for the species. According to the petition, the salamander's "extremely limited range" consists of 10 locations distributed along the Pedernales River, mostly clustered within a half-mile radius. Five of these locations are in the "immediate vicinity of or directly within" Mirasol Springs. The salamander, discovered in 1989 near Hamilton Pool, breathes through gills and lives entirely underwater, so a clean and adequate water supply is essential for its survival. With the already booming development and growth of Hays, Blanco, and Travis counties, Bunch is concerned about the precedent Mirasol Springs might set for future development in the area. Groundwater pumping in that area has been increasing, and "this just puts that in hyperdrive – if they do get it off the ground, others will try to follow." Bunch says the karst Edwards-Trinity Aquifer, which would supply Mirasol, is like Travis County's Edwards Aquifer in that its limestone cavities allow groundwater to flow through, but the holes are "generally much tighter, so there's not nearly as much water as there is in the Edwards, so it can be drained much more readily."

In the vision plan published on Mirasol Springs' website, it states, "Preserving existing hydrology and the biological role of water both above and below ground is a driving force" in the project. "Adequate groundwater is available from the underlying aquifer to supply the estimated demand of the project," supplemented by diversions from the Pedernales River, rainwater capture, and reclaimed wastewater. Additionally, the project website notes that the development will restrict impervious cover and implement erosion controls to limit runoff and that "no runoff or waste water from Mirasol Springs will impact Hamilton Pool."

Should the federal agency determine, following a 90-day review period, that the salamander deserves protection under the ESA, then a two-year listing process will begin. Endan­ger­ed status would delineate the species' "critical habitat," creating a buffer around it and limiting future development and water pumping, something that counties and groundwater districts have "very limited powers" to do, said Bunch. The Pedernales salamander's local cousins, the Austin blind and Barton Springs salamanders, are already designated as endangered – meaning they're at the brink of extinction now – and the Jollyville Plateau salamander is a threatened species likely to be at the brink of extinction in the near future. Although Bunch is hopeful that the Pedernales salamander will be designated as endangered, he said it could potentially take several years due to a backlog of petitions. In the meantime, Mirasol's construction is slated to begin next summer, with an anticipated 2024 opening.

A version of this article appeared in print on October 8, 2021 with the headline: Development Near Hamilton Pool Ignites Push to Protect Salamander