Yay, Nay Campaigns on Proposition A Get Underway 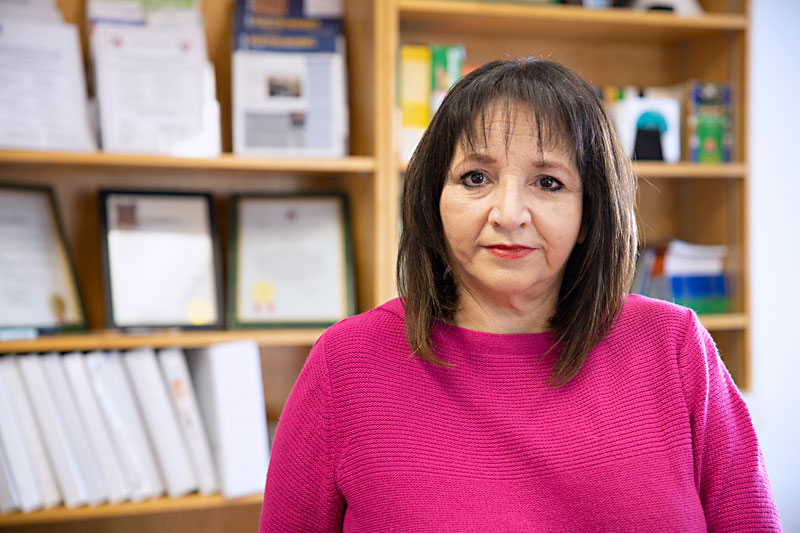 Carol Guthrie, of AFSCME Local 1624 is among the local leaders who oppose Proposition A (Photo by Jana Birchum)

The campaigns supporting and opposing Proposition A are officially off to the races, with opponents of the Save Austin Now-backed ballot initiative launching their "No Way on A" campaign this week.

Scheduled to go before Austin voters in the upcoming Nov. 2 general election, Prop A, if passed, would require the city to hire hundreds of new Austin Police Department officers, increase the amount of mandatory training, and require that at least 35% of each officer's shift be reserved for "uncommitted time," among other provisions. The city's budget staff has estimated the initiative could cost between $54.3 million and $119.8 million annually for the next five years.

Austin-area Democrats from all levels of the government count themselves among those opposing the initiative, including U.S. Rep. Lloyd Doggett, state Sen. Sarah Eckhardt, state Reps. Eddie Rodriguez and Celia Israel, all current members of the Austin City Council (except District 6 Council Member Mackenzie Kelly), and every member of the Travis County Commissioners Court.

The pro-Proposition A campaign, which is being coordinated by SAN, has not yet published a list of supporters, although the campaign's website includes a list of personal stories – mostly written by anonymous authors – sharing concerns over the rise in some categories of violent crime that Austin – like nearly every other major American city year over the past year – has experienced.

Anti-Proposition A organizations include justice groups you would expect to see, like the ACLU of Texas, Austin Justice Coalition, and Texas Civil Rights Project. Notably, a number of labor groups have come out in opposition to the initiative, including the Austin Central Labor Council, as well as individual union chapters like AFSCME Local 1624, which represents the city's civilian employees, in addition to the unions that represent Capital Metro transit operators, local teachers, electrical workers, plumbers, and other trades.

“My fear is that if Prop A passes, we would be heading toward more layoffs. ... You cannot nickel-and-dime your way to $100 million or more of new annual spending.” – Carol Guthrie, AFSCME Local 1642

How the ordinance could impact Austin's labor force is especially concerning for Carol Guthrie, who serves as the business manager for AFSCME Local 1624. Guthrie's first day on the job at the union in 2003 fell on the same day that the city announced plans to cut more than 500 jobs, around 216 of which were filled at the time. "It was devastating," Guthrie recalled in an interview with the Chronicle. "My fear is that if Prop A passes, we would be heading toward more layoffs. I've been working with the city budgets for 30 years and you can't just come up with that kind of money without cutting jobs. You cannot nickel-and-dime your way to $100 million or more of new annual spending."

Already, local opposition to SAN – which shares leadership with the Travis County Republican Party and Austin Police Association – appears more forceful than during the group's successful Proposition B campaign to reinstate Austin's public camping ban. Mayor Steve Adler tweeted a video last month compiled by opponents of Proposition A showing that SAN's canvassers deceived signers of their petition – reflecting an aggressive push against the SAN-backed initiative that was absent from the Prop B campaign.

Fundraising for the "No Way on A" campaign will primarily be handled by the Equity PAC established earlier this summer. The group will have a great deal of ground to make up as far as funding. During the Proposition B campaign, the opposition raised some $198,000 by May 1, a paltry amount compared to SAN's $1.9 million. Organizers with the "No Way on A" campaign say they have been fundraising, but would not disclose amounts yet. In SAN PAC's most recent campaign finance report, covering the period from April 22 to June 30, the PAC had nearly $40,000 in cash on hand.