New visions for Downtown, and alternatives to the costly rebuild

The 8-mile Capital Express Central project is the complicated and costly middle third of TxDOT's I-35 rebuild within Austin. TxDOT is considering two alternatives – which differ in how the project's frontage roads, mainlanes, and new "managed" lanes are arranged at Airport Boulevard and Woodland Avenue – plus a "no-build" option as the law requires. The agency has for now given up on its more ambitious tunnel-based Alternative 1, which would adhere to the "no wider, no higher" dictum TxDOT had promised and others had demanded.

The remaining Alternatives 2 and 3 both require significant new right-of-way, shown here in red. 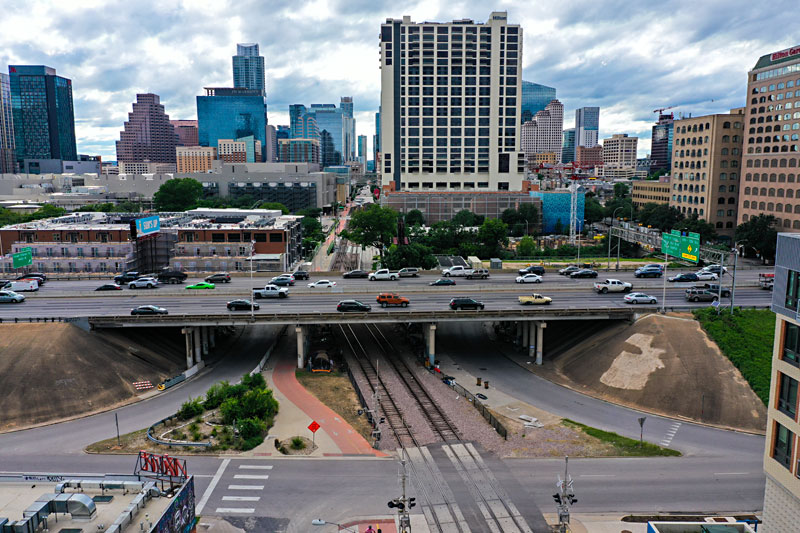 I-35 today near Fourth Street, looking west (from Saltillo to the Convention Center) 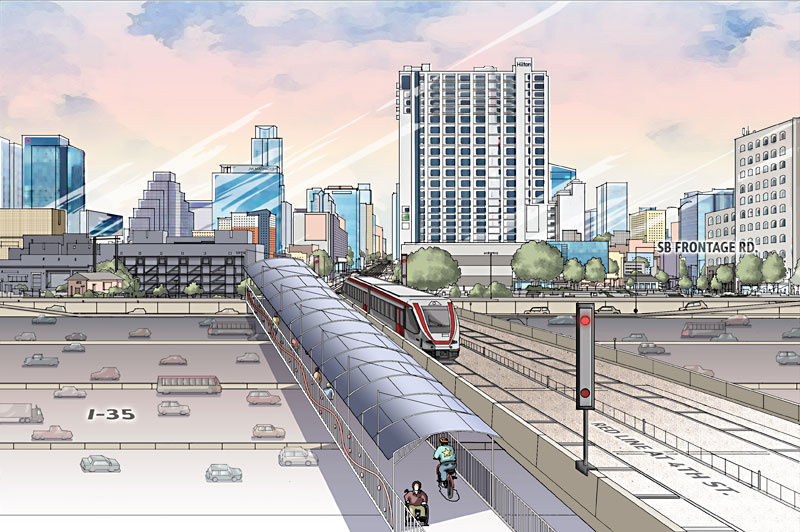 TxDOT would move the (much wider) highway below street level (here, the bikeway and rail line). But local groups have envisioned more. 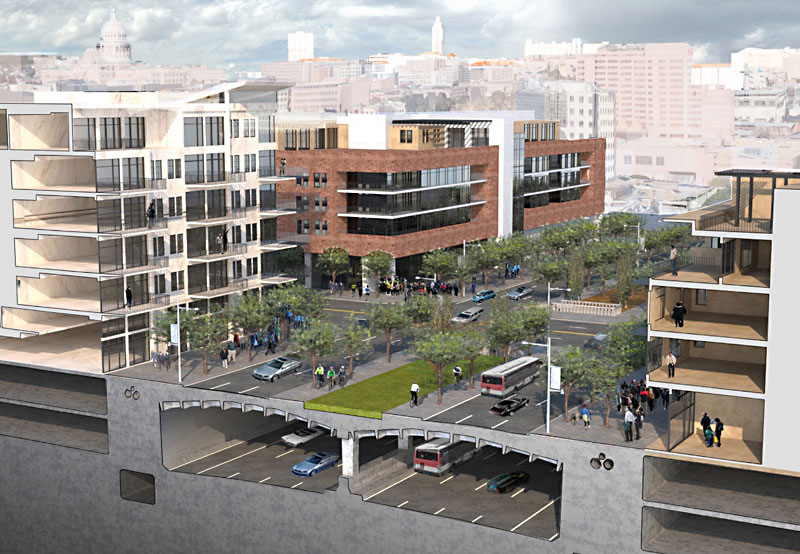 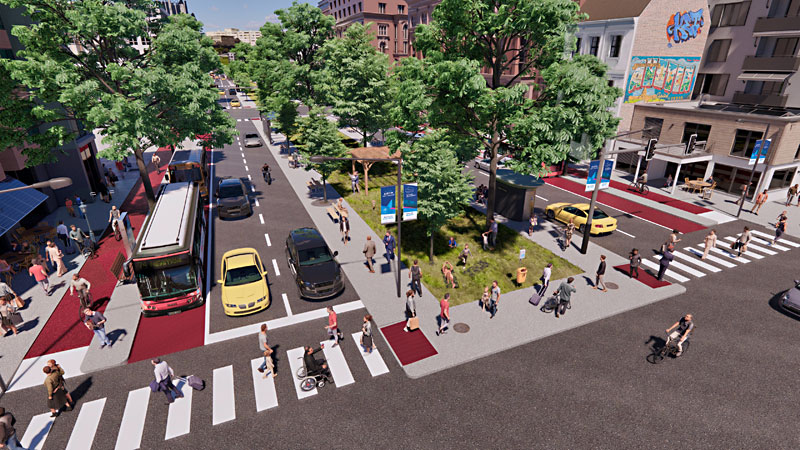 Rethink35 replaces the freeway with a multimodal mixed-use boulevard and anticipates Austin's travel patterns will adapt to the change.