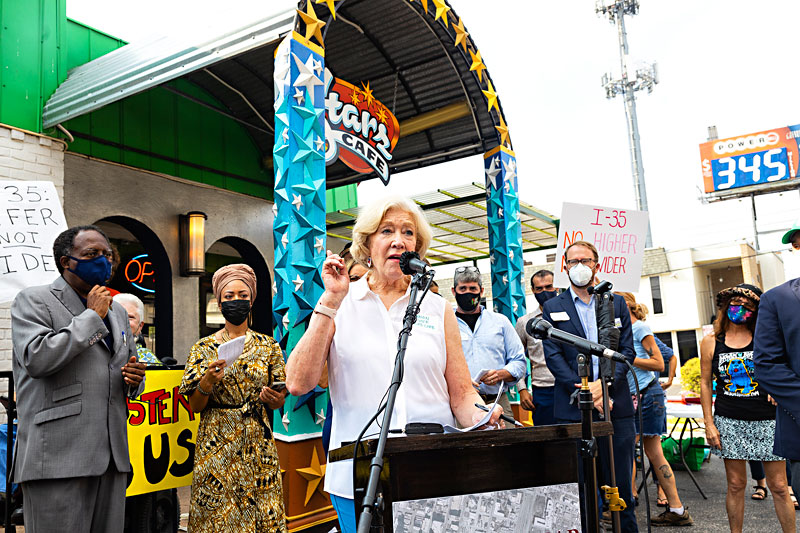 A coalition of local organizations and businesses, including Stars Cafe owner Shannon Sedwick (at podium), gathered outside the cafe on Wednesday, Sept. 1, to urge Austin City Council, Travis County representatives, and other local and state leaders to help prevent TxDOT's proposed expansion of I-35 through Downtown. Stars Cafe is one of more than 140 adjacent properties, including The Austin Chronicle office, that could potentially be razed by the highway's expansion. Read more. (Photo by Jana Birchum)

Back to Biz, IRL As of Wednesday, Sept. 1, all city public meetings must be held in person, following the expiration of Gov. Greg Abbott's suspension of some provisions of the Texas Open Meetings Act. Abbott suspended the rules last year to help curb the spread of COVID-19, but with the law back in effect, City Council, boards, and commissions will not be allowed to meet on an entirely virtual platform. Members of the public who wish to submit comments must also do so in person. Council and some boards and commissions meetings will still be available to stream at austintexas.gov/atxn.

COVID Among the Ranks Austin Police Department Officer Randolph Boyd and Sergeant Steve Urias died last week from complications due to COVID-19. Less than a week later, the Austin Fire Department announced firefighter Rodney Kelley had died from COVID complications. They are the first COVID-related deaths among the departments' respective workforces.

Health Care for More Last week the U.S. Department of Health and Human Services awarded Austin's Foundation Communities a $1 million grant for the next three years for its Health Coverage Program. The grant will allow FC to expand health insurance enrollment to underserved communities in 12 counties.

TL;DR Don't Drink & Drive The Austin Police Department is conducting a Labor Day DWI enforcement initiative in an effort to reduce the number of crashes, injuries, and fatalities due to intoxicated drivers now through Sept. 6, 10pm-5am.

Next Big Thing Capital Metro's Project Connect program to overhaul Austin's mass transit system was awarded the "Next Big Idea" by the Austin Urban Land Institute as part of its 2021 Impact Awards.

Hook 'Em Guardians: The University of Texas at Austin and UT-El Paso have signed agreements with the U.S. Space Force to provide advanced research and workforce development for the newest branch of the U.S. armed services. 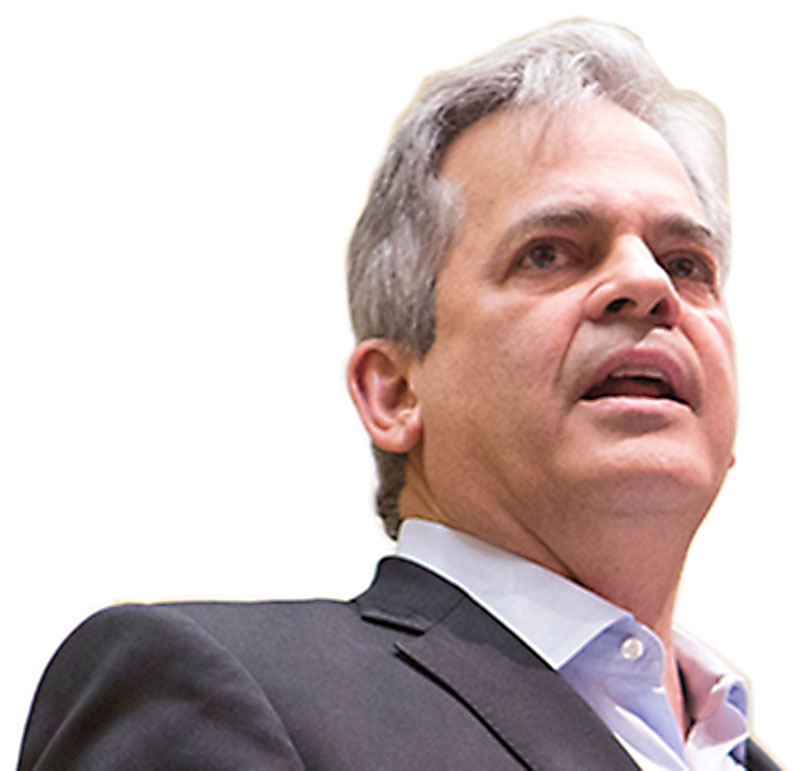 "It is so hard for me to understand how we can be facing such risks, know exactly what we need to do, and have our governor affirmatively trying to stop local school boards from doing what all the experts say is best to keep our children safe."

– Mayor Steve Adler in his annual State of the City speech on Monday, Aug. 30