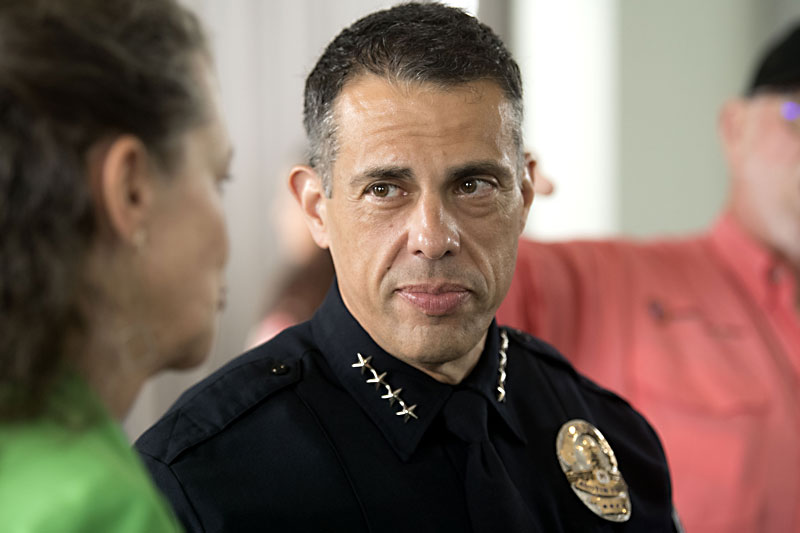 City Manager Spencer Cronk announced his picks on Fri­day, after the seven candidates on his original short list (out of 46 applicants) were interviewed by panels of "community stakeholders, law enforcement partners, and [city] executives" in July. "I am confident these finalists will help the City of Austin cultivate relationships with our community, accomplish the City Council's goals, and continue the progress of reimagining public safety in Austin," said Cronk in a city news release.

Chacon – whom Cronk named interim chief upon the retirement of Brian Manley in March – is a 28-year APD veteran (after six years in El Paso) who came up as a detective through most of APD's investigative units (homicide, robbery, etc.). He also led the controversial Austin Regional Intel­li­gence Center before being elevated to assistant chief in 2016. Since then, he's remained more or less unscathed by the political, ethical, and legal firestorms that have scorched APD's executive ranks. While many justice advocates think no department insider can create the change they seek, his performance as interim – including his working relationship with District Attorney José Garza – has exceeded some critics' expectations. He's the only Spanish speaker among Cronk's seven finalists; both of the contenders from outside APD are Black.

Moore, a 30-year DPD veteran, is an Oklahoma native from a military family who worked his way up mostly on the patrol side, though he oversees investigations (as well as SWAT and Love Field Airport Police) as one of Big D's five assistant chiefs. He was short-listed in May for the top job in Columbus, Ohio, where police-community relations are extremely strained; the prior chief was forced out in January to make room for an outsider committed to reform. Back in 2017, when Moore was still a division commander, he was spotlighted by a Dallas publication featuring "inspiring people," where he noted his own brother was "on the wrong side of the law ... Most of the police officers were white, and my family told me that it might have been different if there had been people who looked like them on the police force."

Tingirides, a 26-year LAPD veteran, was raised by her mother and grandmother in the City of Angels and has achieved quite a bit of recognition – including being Michelle Obama's guest at the 2015 State of the Union address – for her work creating "relationship-based policing" programs in the city's "most underserved and challenged communities." She began the Community Safety Partnership program in 2011 as a joint venture with the L.A. public housing authority, stationing teams of officers at the city's roughest projects to (as the department describes it) "work side by side with residents and community members to develop and implement sustainable programs, eradicate crime, address quality of life issues all while simultaneously bridging the gap between the community and the LAPD." While the CSP drew criticism from L.A. justice advocates as a superficial approach to systemic problems, several academic reviews have given it passing grades as a best practice in community policing. Last year, as part of its response to the nationwide Black Lives Matter protests and reckoning with police violence and racism, LAPD created a citywide Community Safety Partnership Bureau and promoted Tingirides to deputy chief to lead it.

This week, the three will face the public at two sessions, the first of which is ongoing Wednesday evening as we go to press; the second is tonight, Thursday, Aug. 19, 7-8:30pm at Palmer Events Center (in-person capacity is limited to 100 people), to be broadcast and streamed online in English and Spanish on ATXN (austintexas.gov/watch-atxn-live) and on KAZI 88.7FM. Austinites can voice their own feedback about the three choices online at www.speakupaustin.org/yournextpolicechief; Cronk "hopes to announce a new Chief of Police before the end of September."