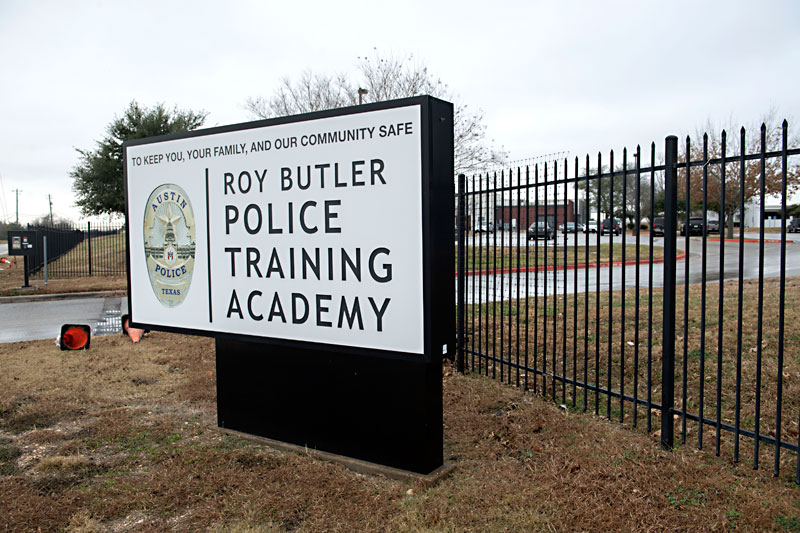 The volunteers helping to "reimagine" the Austin Police Academy are sounding alarms after the Austin Police Department abruptly paused meetings of the academy curriculum and video review committees, saying that goals of each committee are unclear and that the workflow of each could be made more efficient.

The two committees have been working with APD Training Academy Division Manager Anne Kringen to vet the curriculum and videos used to train cadets at the academy. They were established following internal reviews that found the teaching style and materials at the academy helped foster a "paramilitary" atmosphere that produced officers more likely to see themselves as warriors battling criminals on the streets than guardians charged with protecting the rights of all Austinites.

In two emails sent Aug. 7, Kringen informed committee members that the Aug. 9 video review meeting was canceled and that the body would meet again Aug. 23; the Aug. 11 curriculum review meeting was canceled and rescheduled for Aug. 25. In both emails, Kringen wrote that the time off would allow her and APD's executive team to "clarify the mission" of the committee and "add efficiency" through process changes.

But that announcement came as a surprise to some. "It was completely unexpected," academy curriculum review committee member Kathy Mitchell told us. She noted that while missing one meeting may not sound like a big deal, the 144th cadet class – billed by City Council as a "pilot" class – is learning every day while the volunteer committees meet every other week. "We are painfully aware that we're getting more and more behind as cadets continue learning," Mitchell added.

While committee members have described the work as fruitful, it has not exactly lived up to the process City Manager Spencer Cronk outlined in March when Council approved a blueprint to reform the police academy. At the time, criminal justice advocates urged Council to hold off on authorizing a new cadet class until the reviews were completed. Council ignored those pleas when they voted in May to start the 144th class in June. Now, it is unclear how much "reimagined" material cadets are actually learning.

The curriculum review committee was formed in March, as planned, but did not hold its first meeting until May 5, and did not actually review any curriculum until June 2. The 144th cadet class commenced June 7, after classes were put on hold for nearly a year following a Council vote. Committee members estimated that they've reviewed about two weeks' worth of curriculum, but cadets have been training at the academy for over nine weeks.

Committee members are also concerned because, in some cases, they are not meeting to provide feedback to APD on materials until just days before they are to be taught to cadets. In one instance, the committee reviewed a 500-slide presentation used to teach cadets about search and seizure – which, next to the use of force, is perhaps the greatest power police officers have – on a Wednesday, and the course was set to begin the following Monday. "It's unlikely that very much of what we said about search and seizure was implemented for the 144th cadet class, because there was practically no time to get that done," Mitchell said.

The pause initiated by APD prompted members of the curriculum review committee to write a letter to APD Interim Chief Joseph Chacon outlining concerns and asking that the city provide reassurance that "we are actually reforming and reimagining the police academy." The letter was also distributed to Cronk, Mayor Steve Adler, and all of City Council. "We don't want to be another checkbox on the city's path away from reimagining public safety," the letter reads.

At Council's Aug. 12 meeting, Kringen said, "The decision to take a step back was difficult, but one that was needed to think about community concerns" and to process feedback from officers. "I don't want to [say] this work is over," Kringen told Council. "We know that it's not. We are continuously revising processes, and one of the things that is wonderful about the academy is we're willing to say when we don't meet community expectations and to work on actually doing so."

When Council adopted the budget, they approved funding for two more cadet classes – with the possibility of adding a third, shortened class open to individuals already licensed as peace officers elsewhere in Texas. Council also approved a budget rider from Council Member Ann Kitchen reiterating that the next cadet class will not begin until a review of the 144th class has been completed and Council votes for the next class to move ahead.

Cadets in the 144th class are expected to graduate in January, and APD hopes the next class can begin in February.