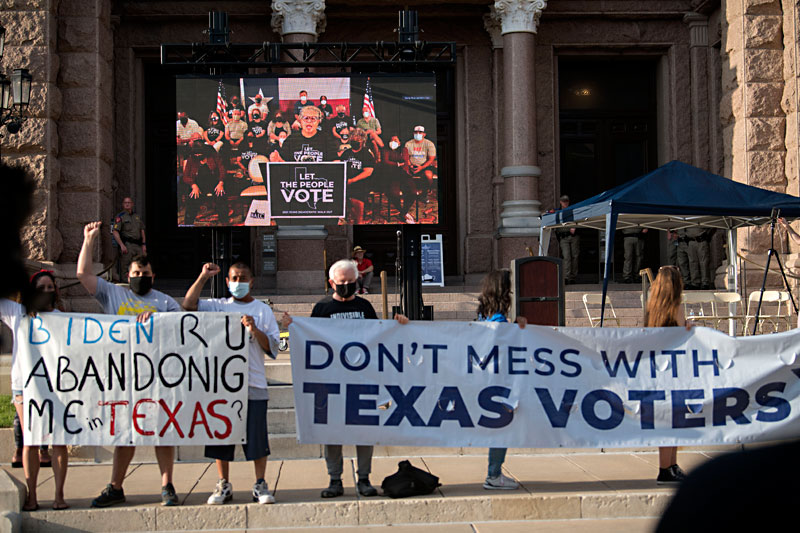 State Representative Senfronia Thompson, D-Houston, with Texas Democrats who fled to Washington, D.C., in order to break quorum, speaks via remote broadcast to the crowd gathered during the Texas Rally for Voting Rights at the Texas State Capitol on Friday, Aug. 6 (Photo by John Anderson)

So Bad, It's Horrible: Several records were broken in Austin and Travis County's fight to contain the COVID-19 pandemic. There are currently 128 COVID-19 patients in the Austin metro area on ventilators – an all-time high – as of Tue., Aug. 10, according to Austin Public Health. On Monday, APH reported the highest number of COVID patients ever hospitalized in local ICUs with 191 patients.

COVID Clears Calendars: Citing concerns over the rapid rise of the disease, organizers announced the cancellation or postponement of several large, outdoor events originally scheduled for this week, including Blues on the Green and this Saturday's Austin Pride Parade and afterparty.

Money, Money, Money: The approval process for Austin's fiscal year 2022 budget kicked off this week with Austin City Council meeting on Wed., Aug. 11, to deliberate. If needed, Council can continue its budget discussions until this Friday, Aug. 13. Read more.

Mask Up, It's Back to School: Next Tuesday, Aug. 17, Austin ISD students will return to in-person learning for the 2021-22 school year. Earlier this week AISD Superintendent Dr. Stephanie Elizalde announced the district would be implementing a mask mandate for all students, staff, and visitors on AISD property, which is in defiance of an executive order from Gov. Greg Abbott prohibiting such mandates in Texas schools. Read more.

Set Phasers to Citate: The final phase of Proposition B enforcement has begun in Austin. As of Aug. 8, if an Austin Police Department officer issuesa citationto an individual living at an encampment and they don't voluntarily leave the area, APD will arrest them for violation of Austin's camping ban. Individuals arrested for violation will be processed through the Downtown Austin Community Court.

Filibuster Fuels Fight: State Sen. Carol Alvarado, D-Houston, will filibuster the GOP-backed Senate Bill 1, which seeks to further restrict voting rights in Texas. The 87th Texas Legislature is only in the first week of its second special session this year.

Mind the Toxic Algae: The city is investigating if toxic algae is potentially present in Bull Creek, after a person last week developed symptoms that could be associated with exposure to harmful algae after playing in the water. Call 311 or 512/974-2000 to report any illnesses in either people or pets from algae exposure. 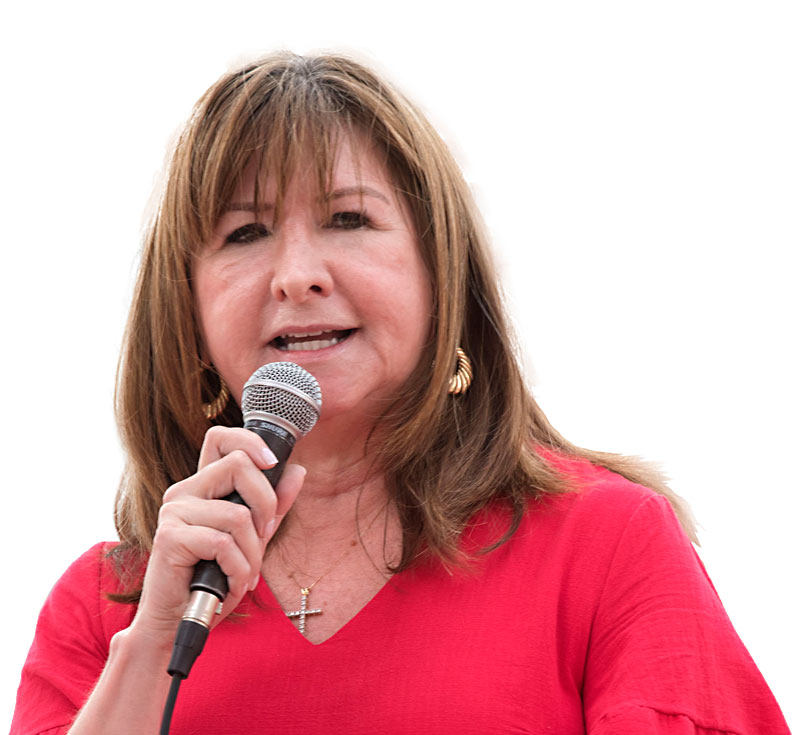 "What if a child dies on my watch?"