Vaccine or Ventilator? You Decide 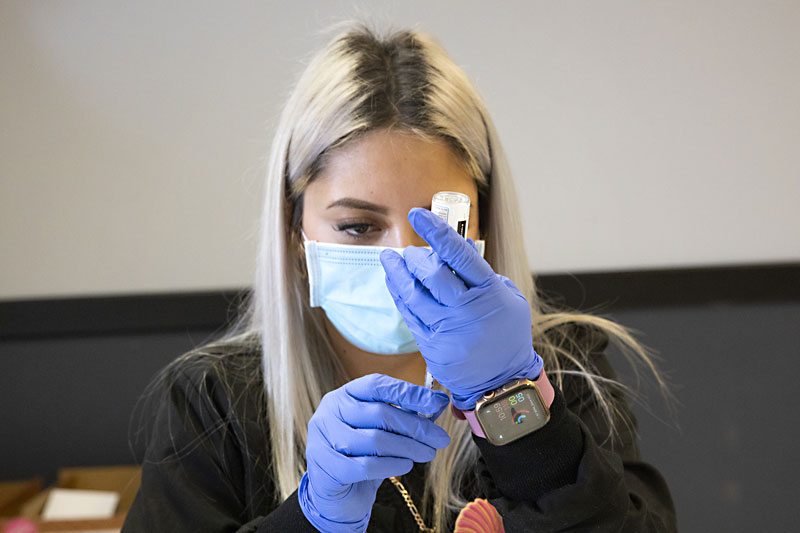 Only 14 staffed intensive care unit beds were available in hospitals in and around Austin as of Monday, Aug. 2, for more than 2.3 million Central Texans who, at any moment, might need them for lifesaving medical care. A little more than 20% have been filled, again, with critically ill COVID-19 patients – almost none of whom have received the widely available vaccines that protect against the disease.

Spread across Trauma Service Area O – an 11-county region that stretches from San Saba to La Grange – that handful of empty beds and the health care workers needed to staff them are the last line of defense for the regional hospital system, as the number of COVID patients has steadily increased over the last month. It's a sudden and alarming reversal of a downward trend through most of 2021. In January, at the same time Texas and the nation lurched through a traumatic transfer of power, the last dramatic surge triggered a move to Stage 5, the most extensive set of pandemic precautions in Austin and Travis County's COVID-19 Risk-Based Guidelines.

Seven months later, two things are different, one good, one bad. The good, of course, is the advent of vaccines from Pfizer and Moderna (each requiring two shots, several weeks apart) and Johnson & Johnson (only one shot). They continue to prove remarkably effective in preventing severe disease, hospitalization, and death due to COVID-19, and have only become more readily and widely available over time. More than 62% of Austin and Travis County adults are fully vaccinated, according to the Texas Department of State Health Services.

The bad is the emergence of the highly transmissible Delta variant of the novel coronavirus, which has put the vaccines to the test and which is now wreaking havoc among those who remain unvaccinated. In Austin, that's still several hundred thousand people, many of whom are young and otherwise healthy. So here we are: 2.3 million people and only 14 ICU beds available. The pandemic conditions that Austin thought had largely passed now have to be reconsidered, and local responses retooled. Austin health officials say there will likely be changes made to Stage 5 guidelines when they go into effect, as expected, in the coming days.

“The Science Has Changed”

Abbott's prior COVID decrees had always leaned toward "individual responsibility" and away from mandates, but they included provisions to address local surges and spikes such as Austin is seeing now. When COVID-19 hospitalizations accounted for 15% of regional hospital capacity for seven consecutive days, cities and counties in that area (again, TSA-O for us) could enforce mitigation strategies, including capacity limits for businesses.

But Abbott's GA-38 order makes those strategies illegal; no mask mandates, no vaccination requirements, and an exceptionally broad ban on any "COVID-19-related operating limits for any business or other establishment." This is what the governor, facing at least two vocal primary challengers who have vilified his previous efforts to be responsible, thinks Texas voters want to hear right now. But it is not what health authorities wanted to hear.

"The science has changed," said Austin Health Authority Dr. Desmar Walkes in a joint briefing before the Travis County Commissioners Court and Austin City Council on Tuesday, Aug. 3. "We have new variants – the Delta variant – and it's impacted our hospital systems and medical systems because it spreads much more rapidly." 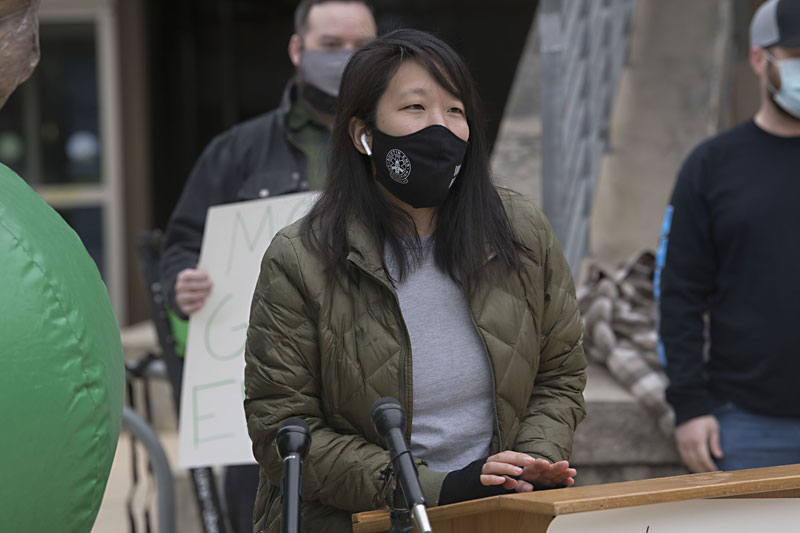 New cases have exploded nationwide since the beginning of July, as the Delta variant has become the dominant strain of SARS-CoV-2, the virus that causes COVID-19. In an internal document from the U.S. Centers for Disease Control and Prevention recently made public, experts described the Delta variant as infectious as chicken pox, and also appearing to cause more severe disease and to potentially be more likely to break through protections afforded by vaccination.

Most of those now hospitalized for COVID-19 in and around Austin are not fully vaccinated – nearly 81% of those admitted between July 18 and Aug. 1. Vaccine-eligible young adults are at the leading edge of the surge; in Austin and Travis County, 62% of new patients are under 50, and 26% are in their 20s, demographics that Walkes described as "startling ... and unlike other surges, people without any chronic illness comorbidities are becoming severely ill, requiring ICU care [and] ventilators."

"The choice now becomes vaccination or ventilator for young people who may have been stubborn about going to get that vaccine because they didn't like shots, or they heard this or that or the other," Walkes continued. "But we need to now spend time talking one-on-one and educating people about vaccine safety."

That includes repeating assurances that the vaccines are still effective even as the virus changes, explained Dr. Ilya Finkelstein, an associate professor in molecular biosciences at UT-Austin. "I think from a public health perspective, the most important thing to understand is our vaccine wall is holding," said Finkelstein, who's been tracking mutations in the SARS-CoV-2 virus and is also a co-developer of a candidate vaccine at the university.

Breakthrough infections among people who've gotten their shots – including about 17% of those currently hospitalized – have altered exit strategies from the pandemic but do not really come as a surprise to health experts. Protecting against severe adverse outcomes – like ending up in the ICU – is what vaccines are supposed to do, said Finkelstein, along with over time establishing significant immunity at the population level. Getting vaccinated also helps lower community transmission, which in turn can reduce opportunities for the virus to mutate.

"Last year at this time, we had no arrows in our quiver, and now we have a series of vaccines readily available for free that are phenomenally effective," stressed Finkelstein. "Masks also help, but vaccines are the primary weapon of protecting the self and protecting the community."

The dwindling number of staffed ICU beds available in Central Texas has hovered at an all-time low since last week, when it dropped below 20 for the first time ever. (The prior low was 24, on New Year's Eve.) On July 31, the Texas Dept. of State Health Services reported seven available ICU beds for all of TSA-O; the number has rebounded slightly since.

The strain on Austin's health care system is palpable, especially for those who've been on the front lines of three COVID-19 surges in less than two years. Medic Selena Xie, president of the Austin EMS Association, says call volumes have shot up in recent weeks. "We're seeing requests for help in numbers that we never see unless it's a holiday or special events weekend. We're seeing [Austin City Limits Festival] and South By [Southwest] numbers right now. It is very, very draining and exhausting for our medics who have already been overworked the past few years."

Even though 86% of Austin Emergency Medical Services medics are vaccinated, Xie said some have been hit with breakthrough cases – which, while less severe to the individual, are still highly dangerous to the patients EMS serves. "That is hurting our workforce, while creating a heavier burden on everybody else to run a higher call volume." Austin EMS is starting to go to triage more often, with noncritical patients transported by ambulance having to wait until a bed opens up. That's appropriate, said Xie, since most of Austin EMS's calls aren't acute. "It's just that usually if there is a bed available, they will give it to us first. Right now we are not seeing beds available."